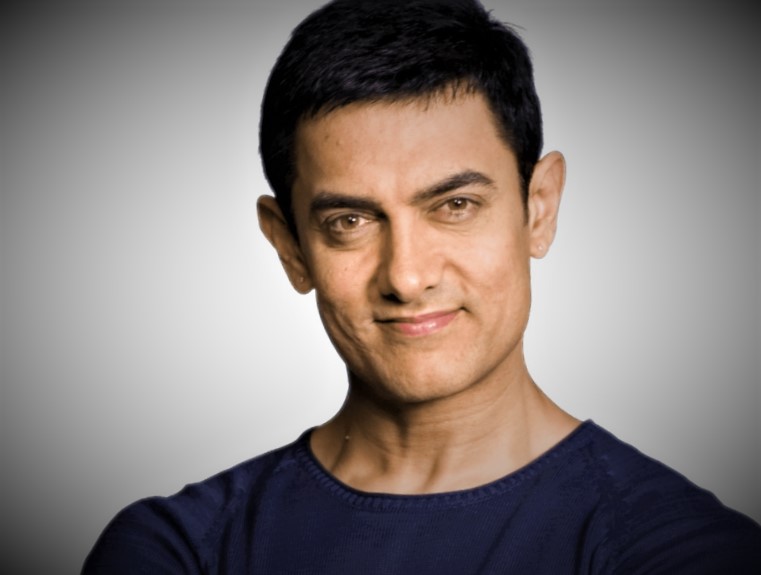 Aamir Khan is one of the most successful, popular, admired, praised, and loved Indian actors of his generation. He is known as the Mr. Perfectionist of Bollywood for his work as an actor, director, producer, filmmaker, writer, singer, and television talk show host. Aamir Khan is one of the most influential Indian actors, and he has a large international fan base around the globe, especially in China. In 2003 the Government of India awarded him with India’s fourth-highest civilian award Padma Shri and awarded him with the third-highest civilian award Padma Bhushan in 2010. In 2017, the Chinese Government awarded him with an honorary award. He has also appeared in several “The 500 Most Influential Muslims” lists. American Actor Robert Downey Jr. called him “the Tom Hanks of India” during an interview.

Aamir Khan has received several awards and nominations for his work as an actor and a filmmaker. His first film Lagan (2001), received an Academy Award nomination in the Best Foreign Language Film category. He has received around 57 nominations and 51 awards over the years including wins and nominations for Apsara Film Production Guild Awards, Australian Academy of Cinema and Television Arts Awards, Awards of International Indian  Film Academy, Bollywood Awards, Filmfare Awards, and many more. Aamir Khan has received seven Filmfare (Bollywood’s biggest awards) awards for his acting and directorial work.

Aamir Khan entered the showbiz at an early age of eight with his role as Young Ratan in the 1973 action drama film Yaadon Ki Barat and appeared as a child artist in the 1974 romance-drama film Madhosh. In 1988, he played the lead role alongside Juhi Chawla in the romantic film Qayamat Se Qayamat Tak (1988). He successfully established himself as one of the most talented new faces in the Bollywood industry with his roles in Dil (1990), Afsana Pyar Ka (1991), Dil Hai Ki Manta Nahin (1991), Jo Jeeta Wohi Sikandar (1992), Andaz Apna Apna (1994), Baazi (1995), Rangeela (1995), and more. In 1996, Aamir Khan played the lead role of Raja Hindustani in the action-comedy film Raja Hindustani (1996), in which he co-starred with Karishma Kapoor. For his role in this film, he received his first Filmfare Award in the Best Actor category.

Dangal is a sports-biographical drama film that tells the story of two young female wrestling champion sisters; Geeta Phogat and Babita Kumari, and their father Mahavir Singh Phogat, a former wrestling champion who trains his two daughters. This film was a huge commercial and critical success. With its box office earnings of over $300 million worldwide, it is India’s highest-grossing film of all time. Dangal (2016) received four Filmfare awards in the Best Film, Best Action, Best Director, and Best Actor (Aamir Khan) categories. It holds an 88% rating on Rotten Tomatoes and an 8.4/10 rating on IMDb.

The comedy-drama film PK is India’s 5th highest-grossing film of all time. It follows the story of an alien who arrives at the earth for research purposes but loses his remote, which leads him to embark on a tense but funny journey to get his remote back. The film was an international hit and received great reviews from critics. It holds an 8.1/10 rating on IMDb and a 77% rating on Rotten Tomatoes. PK (2014) grossed over $120 million worldwide against a budget of $12 million. It also received several awards and nominations from different local and international awards shows including two Filmfare award wins in the Best Screenplay and Best Dialogue categories.

The comedy-drama film 3 Idiots (2009) tells the story of three engineering college students who suffer from the educational system of India. The film stars Aamir Khan in the leading role of Rancho, a brilliant and sharp-minded student who challenges the ways the educational system works. 3 Idiots (2009) premiered on December 25, 2009, to receive a huge welcome from the public and great reviews from the critics. The film was an international hit with its box office earnings of $88 million. It was also a critical success and holds top ratings on online film rating websites. It holds 100% ratings on Rotten Tomatoes and 8.4/10 ratings on IMDb. It received several awards and nominations including India’s biggest award, Filmfare.

The 2013 action thriller film Dhoom 3, stars Aamir Khan in the leading role along with Katrina Kaif, Abhishek Bachchan, Uday Chopra, and Jackie Shroff. It is the third part of the Dhoom franchise. This film was also a commercial and moderate critical success. It grossed over $101 million worldwide. Despite the fact that it received mixed reviews, Dhoom 3 became the eleventh-highest-grossing Indian film of all time till then. The film received several awards and nominations including a Filmfare award in the Visual Effects category.

The musical drama film Secret Superstar stars Zaira Wasim, Aamir Khan, Meher Vij, and Raj Arjun in the lead roles. The film received mixed reviews but was a commercial hit. It grossed over $154 million worldwide and became the fourth-highest-grossing Indian film at the time. It has a 7.8/10 IMDb rating and with its 91% Rotten Tomatoes rating, it is one of the highest-rated Indian films on the website. The film received several awards and nominations.

Aamir Khan has always refused or declined the usual Indian awards such as Filmfare and avoids going to award ceremonies and media appearances.

He is one of the very few Bollywood actors who refuse to commit to a film before reading the full and finished script. He also does not work in more than one film at a time. That’s why he is Mr. Perfectionist.

He went to Pakistan on Imran Khan’s invitation to raise money for a cancer hospital named Shaukat Khanum Cancer Hospital.

Khan is one of the highest-paid Bollywood actors of all time.

He has been described as Indian “Sean Penn” by the Time magazine.

He loves Tennis and used to play it in his teen years. Khaan was the Mahrashtra state champion in tennis. He is a big fan of Tennis player Roger Federer.

His film Dangal (2016) is India’s highest-grossing film of all time. His other films such as PK (2014) and Secret Superstar (2017) are also among the top 10-highest grossing Indian films.

The 2001 film Lagaan was the third Indian film to receive an Academy Award nomination. Lagaan (2001), starred Aamir Khan in the leading role and the film was produced by his own production house Aamir Khan Productions.

Maulana Azad National Urdu University (MANUU) awarded him an honorary Doctorate degree for his contribution to the entertainment industry and Indian cinema in 2013.

Aamir Khan and Shah Rukh Khan had arch-rivalry during the 90s.

He has been offered many great roles which he refused such as; Rahul Mehra in Darr (1993), and Vicky Arorain Yalgaar (1992).

Khan does not drink or smoke in real life.

Khan refused to study after high school, to pursue a career in acting, although his parents were against this decision and did not want him to become an actor.

He bought a Maruti 800 car after his first successful film Qayamat Se Qayamat Tak and also bought a flat in the same building where his parents lived.

Khan is the only actor who has kissed Kareena Kapoor and her sister Karishma Kapoor on-screen.