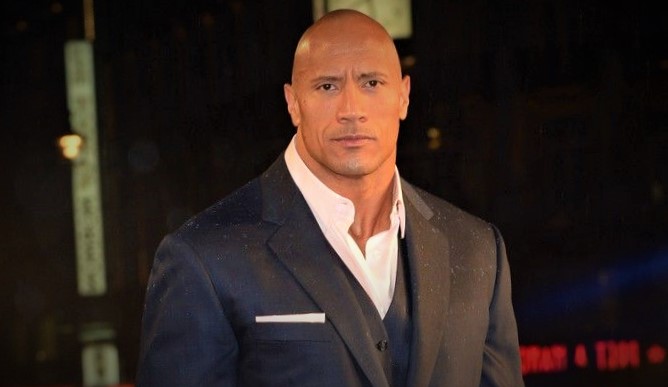 The American actor, filmmaker, businessman, writer, and former wrestling champion Dwayne Johnson is among the most famous, loved, and highest-grossing Hollywood stars in the world. Dwayne Johnson is also known as The Rock was a professional wrestler before he began his acting career. He is multiple times the world heavyweight champion and is among the greatest wrestlers of all time. Johnson used to wrestle for WWF, which later became WWE. Dwayne Johnson began his acting career in 1999, and as of now, he is one of the highest-paid actors in the world.

In 2001, Dwayne Johnson played a minor role in the 2001 adventure-horror film The Mummy Returns (2001). The next year, he appeared in one of the leading roles in its sequel The Scorpion King (2002). The film was a major hit and it introduced Johnson as a Hollywood actor. He has been working in the Hollywood film industry as an actor ever since and has played several successful roles in blockbuster movies. His greatest starring roles are; Luke Hobbs in Fast and Furious films, Spencer Gilpin in Jumanji films, Joe Kingman in The Game Plan (2007), Derek Thompson in Tooth Fairy (2010), Hank Parsons in Journey 2: The Mysterious Island (2012), Marvin F. Hinton in G. I. Joe: Retaliation (2013), Hercules in Hercules (2014), Bob Stone in Central Intelligence (2016), Davis Okoye in Rampage (2018), and many more.

Dwayne “The Rock” Johnson has also started a production company named Seven Bucks Productions which has produced several successful movies such as Baywatch (2017), Skyscraper (2018), Shazam (2019), and more. Johnson is one of the most successful Hollywood film stars. He is also the author of a New York Times bestseller book, The Rock Says, an autobiography. Time magazine listed him among the ‘100 Most Influential People in the World’ twice, in 2016 and in 2019.

Dwayne Johnson was born to a retired professional wrestler Rocky Johnson on May 2nd, 1972 in Hayward, California.  He lived with the family of his mother in his childhood in New Zealand, where he went to Richmond Road Primary High School and played rugby. Then he moved back to the U.S and started attending Montclaire Elementary School in North Carolina. After some time, he moved to Connecticut and then to Hawaii, and then to Tennessee. He actually moved a lot and attended different schools in his teenage. Johnson was a really good athlete. He played American football, track, and field, and was also on the wrestling team of his school. Johnson had a really hard childhood and teenage. He was arrested multiple times in his early youth for theft, fighting, and check fraud.

Dwayne Johnson played football up until 1995 and began his professional wrestling career in 1996. He became world-famous for his wrestling. He became a world heavyweight champion multiple times in his years-long wrestling career. Johnson had matches with almost all great wrestlers and was at a time the most loved wrestler in the world. He is considered one of the greatest and most successful wrestlers of all time.

In 1999, Dwayne Johnson began his acting career with his role in That ‘70’s Show’s episode “That Wrestling Show”, in which he portrayed his own father. Then in the next year, he appeared again as a wrestler in the “Tsunkatse” episode of Star Trek: Voyager.

Dwayne Johnson had his first theatrical release in 2001 in the horror-adventure film The Mummy Returns (2001). The next year he had a starring role in the sequel of the film called The Scorpion King (2002). As the world already knew his face and name because of his wrestling career, he soon became famous for his films and proved to be faces people love to see in films. He has played many great roles in several successful films ever since.

Dwayne Johnson plays the role of Luke Hobbs in The Fast and Furious film series. In 2015, he appeared alongside Paul Walker and Vin Diesel in the crime-action film Furious 7. The film was a huge commercial and critical success. It grossed over $1.5 billion against a budget of $200-250 million. Furious 7 was one of the most expensive films ever produced. People loved his character and his story. Furious 7 has very high ratings on online film rating websites. It has an 82% approval rate on Rotten Tomatoes, and a 7.1/10 rating on IMDb.

Dwayne Johnson plays the role of Spencer Gilpin in the Jumanji series. So far two new movies have been released; Jumanji: Welcome to the Jungle (2017), and Jumanji: The Next Level (2019). Both of these films were major box office hits. People loved the Jumanji films and the characters. In these two films, Dwayne Johnson co-starred with Kevin Hart, Jack Black, Karen Gillan, Nick Jonas, and Bobby Cannavale. These two parts of Jumanji are sequels of the first two films which were released back in 1995 and 2005. Jumanji: Welcome to the Jungle (2017) holds a 76% rating on Rotten Tomatoes, a 3/5 rating on Common Sense Media, and a 6.9/10 rating on IMDb.

Dwayne Johnson co-starred with Carla Gugino in the 2015 action-disaster film San Andreas. In this film, he played the lead role of Raymond Gaines, a rescue pilot. The renowned actress Alexandra Daddario played Blake Gaines, Raymond’s daughter in this film. Though the film was a big commercial hit, it received mixed critical reviews. San Andreas (2015) grossed over $474 million against a budget of $110 million. The critics and the public loved Johnson’s character and his acting, and also the visual effects in the film.

Johnson’s latest release is the Fast and Furious film F9 (2021).

Johnson will next appear alongside Gal Gadot and Ryan Reynolds in the 2021 action-crime-comedy film Red Notice (2021). The film is completed and is expected to premiere on November 12, 2021.

He will co-star with Emily Blunt in the action-adventure comedy film Jungle Cruise (2021). It is competed and will premiere on July 30th, 2021.

In 2022, Johnson will appear alongside Keanu Reeves, Kevin Hart, and John Krasinski in the action-adventure-animation film DC League of Super-Pets (2022).

In 2013, Forbes named Johnson the top-grossing actor of the year.

He has won the WWE World Heavyweight Champion title multiple times and was the first wrestler in WWE history to win the title eight times.

In 1995, Johnson graduated from the University of Miami with a bachelor’s degree in physiology and criminology.

He was already an internationally recognized figure for his wrestling career when he appeared in his first film.

The Rock accidentally hit Michael Clarke Duncan on his chin, with his elbow while filming a fight scene in his first starring film The Scorpion King (2002).

He belongs to a wrestler’s family. His father Rocky Johnson and his mother Ata Johnson were wrestlers.

Dwayne Johnson has a condition called Arachnophobia, which simply means that he is terrified of spiders.

Johnson is a published author/writer. He co-wrote his autobiography “The Rock Says” with Joseph Layden which was published back in 1999. The book was New York Times’ best seller.

Time magazine included him in its list of ‘100 Most Influential People in the World’, in 2016.

The stand-up comedian and actor Kevin Hart is one of his closest friends.

He was eager to play the role of Reacher in the 2012 film Jack Reacher, but the role eventually went to Tom Cruise.