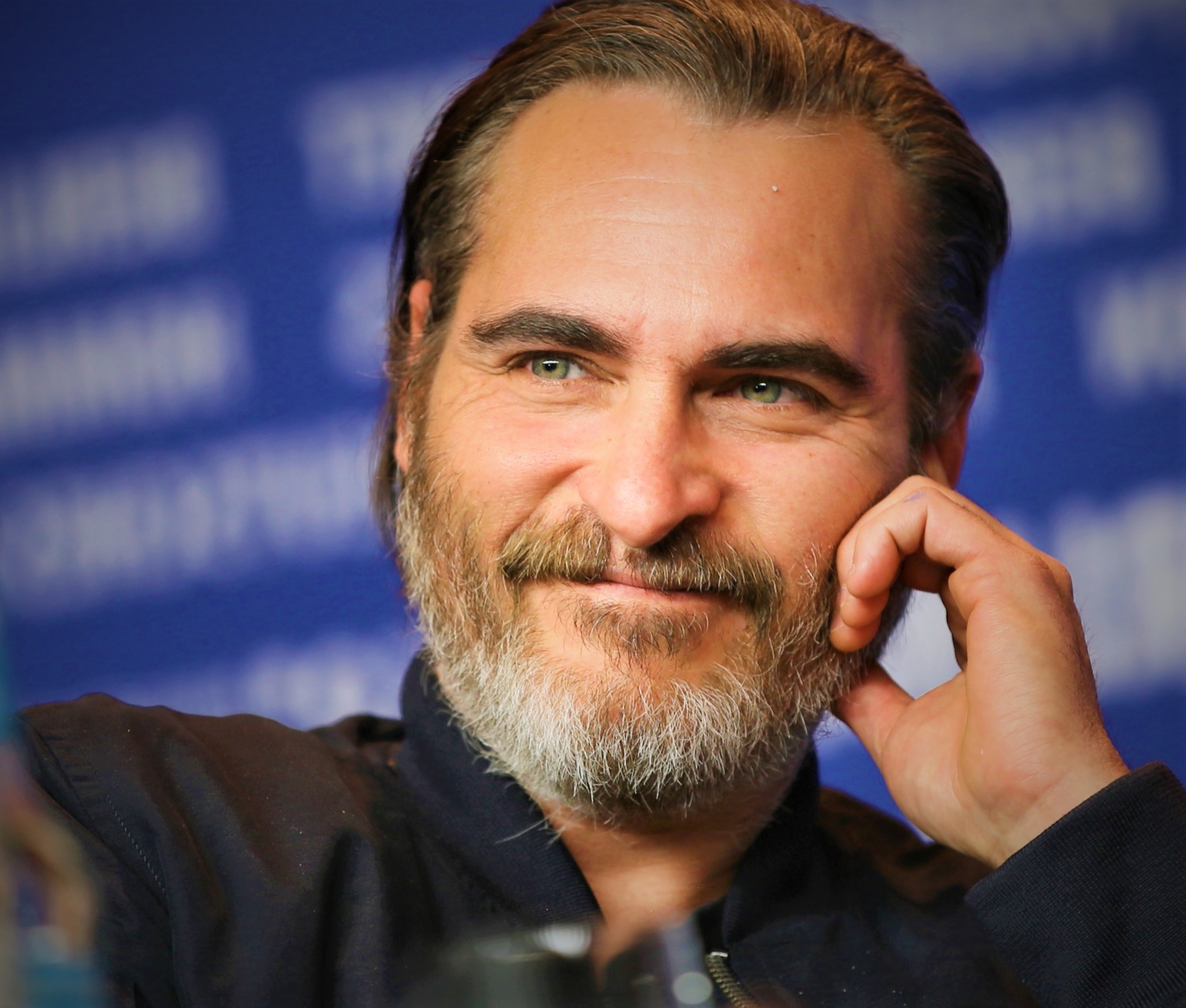 Joaquin Phoenix is one of the most successful and most talented actors, filmmakers, and producers of the Hollywood film industry. He is very well-known for playing unconventional, unorthodox, and dark roles. Joaquin Phoenix entered show biz and acting at an early age of eight as a child actor, and has paved his way towards success. He has proven himself to be one of the finest Hollywood stars of his generation. The critics and the people love him for his passion for acting as he heavily commits himself to every role that he plays in a film, and goes through intense physical and mental preparation for the character he portrays. He is also known for his animal rights work. He has made several documentaries on the effect of global meat consumption on the environment and has been a vegetarian since he was three years old.

Joaquin Phoenix had his breakthrough with his role as Max Graham in the space adventure SpaceCamp (1986). His second major role was Gareth in the comedy-drama film Parenthood (1989). He has worked in several critically acclaimed and commercially successful movies and earned himself great reviews and ratings for his acting skills and abilities over the years. The New York Times listed Phoenix on #12 on its list of “25 Greatest Actors of the 21st Century”, in 2020.

His most famous roles are; as Jimmy Emmett in the black/dark comedy film To Die For (1995), as Commodus in the historical drama film Gladiator (2000), Merrill Hess in the sci-fi mystery film Signs (2002), Kenai in comedy (animated) film Brother Bear (2003), Lucius Hunt in the horror/psychological film The Village (2004), as Johnny Cash in the musical-biography drama Walk the Line (2005), as Leonard Kraditor in the romance film Two Lovers (2008), as Freddie Quell in the psychological drama film The Master (2012), as Bruno Weiss in the romance drama film The Immigrant (2013), Theodore Twombly in the sci-fi romance film Her (2013), as Larry “Doc” Sportello in the crime-mystery film Inheret Vice (2014), as Joe in the psychological/mystery film You Were Never Really Here (2017) and as Arthur Fleck (Joker) in the psychological thriller and crime drama film Joker (2019).

Joaquin Phoenix has received 181 award nominations and has won 69 awards in several categories from different local and international award shows.

He loves his mother so much and always takes care of her. He took her to the premiere of the 2000 film Gladiator, and to the Academy Awards (2001) in which was nominated for his first Academy Award. He often takes his mother or one of his sisters to award shows or his film premieres.

He is a very strict vegan since his childhood and is well-known for his animal rights works. He has never worn any costume made out of animal skin for any of his roles. And one time he refused to wear leather shoes during a photoshoot for Parada.

In April 2005, he admitted himself into a rehab for his alcoholism treatment.

In 2006, he received the invitation to join the Academy of Motion Picture of Arts and Science (AMPAS).

The renowned English actress Kate Winslet considers him one of the best actors of his generation. Winslet and Phoenix co-starred in Quills (2000).

Robert De Niro is his favorite actor, with whom he co-starred in Joker (2019).

He never reads reviews or comments people or critics make about him. And he never watches his own films. According to Phoenix, he has only seen his two movies; The Master (2012) and Her (2013).

Her (2013) is a science fiction romance film that tells the story of an introverted writer Theodore Twombly, who purchases an artificial intelligence (AI) system which is supposed to help him write. Theodore Twombly falls in love with the AI system when he finds out that it can learn and adapt. In this film, Joaquin Phoenix played the role of the writer Theodore Twombly and received critical acclaim for it. Her (2013) is one of the highest-rated films on the online film rating websites. It holds a 94% approval rate on Rotten Tomatoes, a 90% rating on Metacritic, and an 8/10 rating on IMDb. Her (2013) received the Academy Award in the Best Picture category and Phoenix received a Golden Globe Award nomination in the Best Performance by an Actor in a Motion Picture – Comedy or Musical.

The biographical musical romantic film Walk the Line premiered on November 18, 2005, to see commercial success and critical acclaim. It tells the life story of the music legend Johnny Cash. Joaquin Phoenix portrayed Johnny Cash in this film and won a Golden Globe award in the Best Actor category, and received an Academy Award nomination in the same category. In this film, he co-starred with Reese Witherspoon and Ginnifer Goodwin. Walk the Line received several awards and nominations including three Academy Award nominations. It has a 7.8 rating on IMDb, and an 82% rating on Rotten Tomatoes.

Gladiator (2000) is among the best historical action films of all time. In this film, Joaquin Phoenix starred as Commodus alongside Russell Crowe. This film tells the story of an ex-Roman general Maximus (Russell Crowe) who wants to avenge the murder of his family by an evil Emperor. Phoenix played the role of Emperor Commodus. The film was a critical and commercial success with its box office earnings of $460.5 million against a budget of $103 million. Gladiator (2000) received the Academy Award in the Best Picture category and received several other nominations. Phoenix’s portrayal of Emperor Commodus was praised by critics and the public, and he received an Academy Award nomination in the Best Supporting Actor category. Gladiator (2000) has a 77% approval rate on Rotten Tomatoes, an 8.5/10 rating on IMDb, and a 67% rating on Metacritic.

The psychological thriller and crime film Joker (2019) premiered on October 4, 2019, in the United States, and received a very positive response from the public and the critics. Joker tells the story of Arthur Fleck who struggles to find his place in society and is depressed with what the people have become. His thoughts and mental condition lead him to insanity and violent behavior and he becomes the Joker. Joaquin Phoenix played the lead and title role of Joker in this film. He received love from the public and acclaim from critics for his role as Joker. This is perhaps his best performance so far, and the best portrayal of the comic sensation Joker. Phoenix received multiple awards for this role including an Academy Award, a BAFTA award, a Golden Globe Award, a Screen Actors Guild (SAG) award, and many more, all in the Best Lead Actor category. Joker (2019) has an 8.4/10 rating on IMDb, a 68% rating on Rotten Tomatoes, and a 59% rating on Metacritic.

The Drama film The Master (2012) starred Joaquin Phoenix as Freddie Quell, a WWII Naval veteran. He has a hard time dealing with post-war American society. Then he joins The Cause, a religious movement, and finds some consolation and relief in it. The Master (2012) is a very well-rated and critically acclaimed film. With its 84% rating on Rotten Tomatoes, 7.2/10 rating on IMDb, and 86% rating on Metacritic, it is one of the highest-rated war films. Joaquin Phoenix received an Academy Award nomination in the Best Performance by an Actor in a Leading Role category for his role in this film. He also received a BAFTA nomination in the Best Leading Actor category and a Golden Globe nomination in the same category.

He will appear as Johnny in the American drama film by Mike Mills C’mon C’mon.

He will also star in the Ari Aster’s upcoming film Disappointment Blvd.