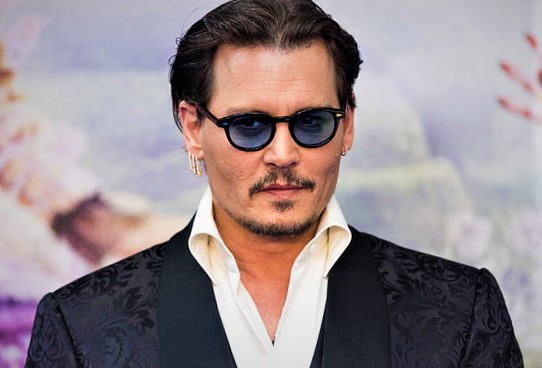 The American actor Johnny Depp is one of the most successful, talented, admired, and loved actors of his generation. He is well-known as an actor, musician, and producer. Johnny Depp has received several awards and nominations for his roles over the years, which includes three Academy Award (Oscar) nominations, two British Academy Film Awards (BAFTA) nominations, one Golden Globe Award win, and a Screen Actors Guild Award win. In 2012, the Guinness World Record declared him the highest-paid actor in the world.

Johnny Depp made his film debut with a role in the 1984 horror film A Nightmare on Elm Street (1984) as a young actor. From 1987-1990, Depp starred as a teen/young actor in the television series named 21 Jump Street and became famous for his role. Johnny Depp has a huge male and female fan base and is admired across the globe for his brilliant method of acting.

Since 1990, Depp has starred in a number of commercially and critically successful movies. His most famous roles are; as Gilbert Grape in What’s Eating Gilbert Grape (1993), Ichabod Crane in Sleepy Hollow (1999), Captain Jack Sparrow in Pirates of the Caribbean (Film Series), J. M. Barrie in Finding Neverland (2004), Willy Wonka in Charlie and the Chocolate Factory (2005), Victor Van Dort in Corpse Bride (2005), Benjamin Barker in Sweeny Todd: The Dragon Barber of Fleet Street (2007), and many more. Johnny Depp is one of the biggest Hollywood stars in the world.

Johnny Depp has appeared in several international celebrity lists such as Empire Magazine’s ‘100 Sexiest Stars in Film History (1995)’, People Magazine’s ’50 Most Beautiful People in the World’ (1996)’ and ‘Sexiest Man Alive (2003), and more.

Police once arrested Johnny Depp for trashing and destroying a hotel room in New York. He said that an armadillo came out of a closet and destroyed the room and jumped right out the window.

Depp co-starred with Leonardo DiCaprio in the 1994 successful film What’s Eating Gilbert Grape (1994). At the time they DiCaprio was a child actor, and Depp was a teen actor.

His most critically acclaimed film is Pirates of the Caribbean: The Curse of the Black Pearl (2003). It holds an 8/10 rating on IMDb, a 79% rating on Rotten Tomatoes, and a 4.6/5 rating on Vudu.