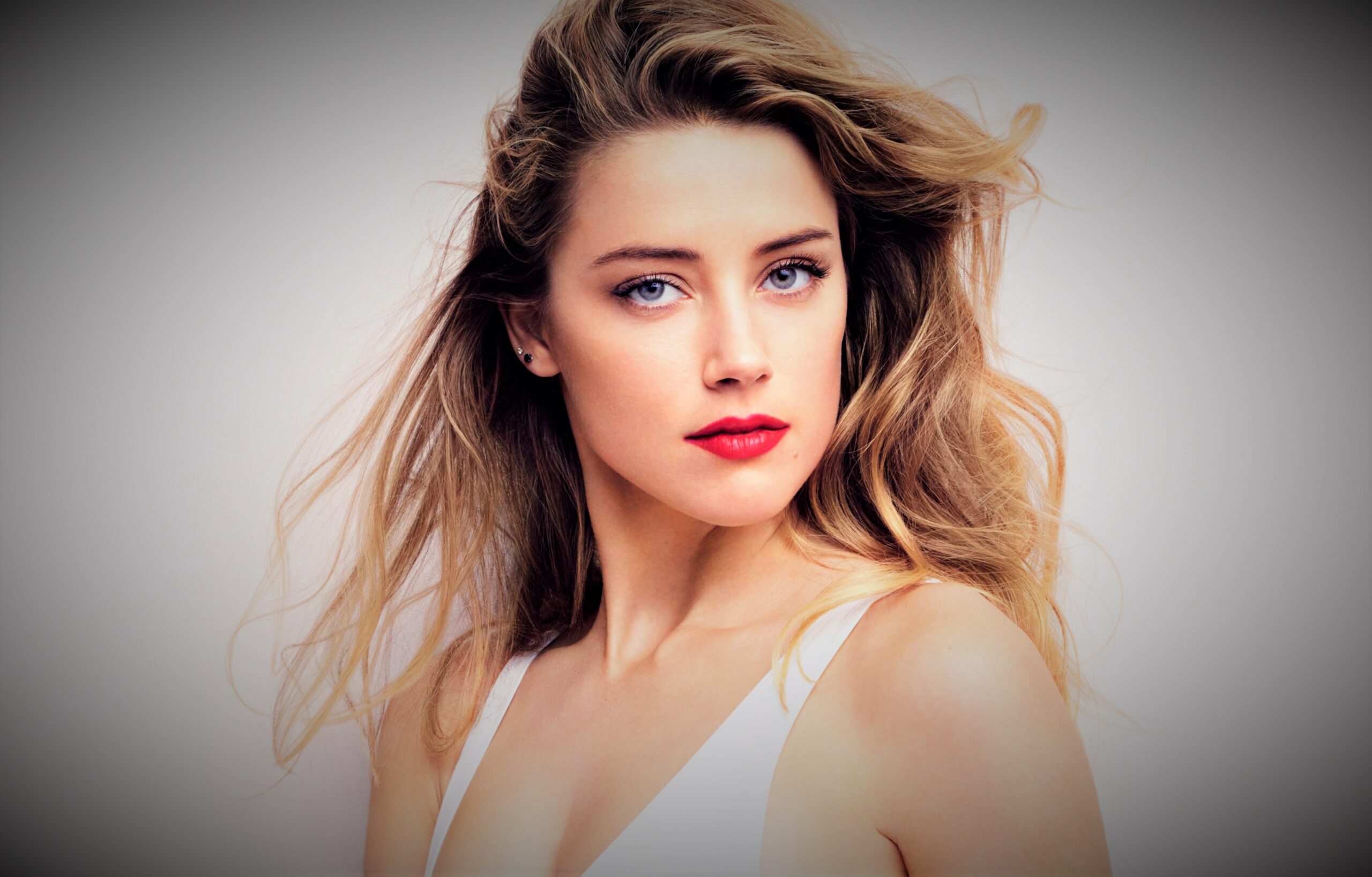 The American actress Amber Heard is well-known for her work in television and the film industry. She began her career in 2003 with some small or minor roles in several films and television series and has successfully led herself to become of the most successful actresses of her generation. Her breakthrough performance was in the teen-action-adventure film Never Back Down, after which she has starred in many blockbuster movies such as Pineapple Express (2008), The Joneses (2009), The Informers(2008), The Stepfather (2009), Zombieland (2009), The Ward (2010), Drive Angry (2011), The Rum Diary (2011), Machete Kills (2013), 3 Days to Kil (2014), Magic Mike XXL (2015), Justice League (2017), Aquaman (2018) and more. She received a Young Hollywood Award in the ‘Breakthrough of the Year’ category in 2008. Heard has also appeared in multiple television series such as Top Gear, Criminal Minds, The Playboy Club, and many others.

Heard is also a model and an activist. She has appeared on the hottest actress lists in many magazines. Maxim magazine and FHM magazine have listed her as one of the most beautiful Hollywood actresses. Amber Heard has received several major and minor awards and nominations for her performances over the years including a Young Hollywood Award a Scream Award, Hollywood Film Festival award, MTV Movie & TV Award nomination, Saturn Award nomination Teen Choice Award nomination, and more.

Amber heard was born to David Clinton Heard, a small construction company owner, and Patricia Paige, an internet researcher. She was born on April 22, 1986, in Austin Texas. They lived just outside Austin. Heard has a younger sister named Whitney. Her father David used to train horses for riding, so she learned to ride horses at a very early age. She used to go out on fishing and hunting trips with him too. Heard was a very attractive and beautiful young girl, who used to participate in beauty pageants. Her household was very God-fearing and conservative, and she went to a Catholic high school. At the age of 17 (in 2003), she dropped out of school and moved to Los Angeles, California to pursue an acting career. After some time she started home-study and got her diploma while working as an actress.

Amber Heard appeared on camera for the first time in a music video in 2003. She appeared in the video of Kenny Chesney’s song There Goes My Life. The song was a hit, and it remained in number one position for seven weeks on US Billboard Hot Country Singles & Tracks. Her next music video appearance was in 2005 when she appeared in Eisley’s “I Wasn’t Prepared”. These are the only two music videos she has appeared in.

Amber Heard made her acting debut with a small role as Liz in the 2004 television series Jack & Bobby (2004). After that, she appeared in several other television series in minor roles such as; in The Mountain (2004) as Riley, in The O.C (2005) as a salesgirl. Heard also made her film debut in 2004 with a minor role of Maria in the 2004 sports drama film Friday Night Lights.

After that, she played some supporting or small roles in other movies such as; Candy in the 2005 film Drop Dead Sexy, as Young Josey in the 2005 drama film North Country, which starred Charlize Theron and Frances McDormand in the lead roles. She appeared as Shay in the 2005 horror film Side FX, Trish in the 2006 film Price to Pay, Alma in Alpha Dog (2006), and Amber in Spin (2006). Heard appeared as a guest star in the police procedural television crime drama series Criminal Minds, in 2006.

Heard also made her lead in a film debut in 2006 with her lead and title role as Mandy Lane in the American slasher film All the Boys Love Mandy Lane. The film premiered on September 10, 2006, at Toronto International Film Festival and received mixed reviews. The producers of the film had some distribution problems so it was not released in Europe until 2008, and in the United States until 2013. The film’s budget was only $750,000 and it grossed around $1.89 million on its theatrical release. All the Boys Love Mandy Lane (2006) has a 46% approval rate on Rotten Tomatoes and a 5.5/10 rating on IMDb. Upon its release in the U.S, Heard received very good reviews for her performance, with The Washington Post’s comment as her character is “psychologically interesting.”

In 2007, Heard appeared as Gretta Matthews in eight (8) episodes of the teen-television series Hidden Palms which ran on The CW Television Network. This was one of the major roles. Her character was the love interest of the lead character of the series. The CW network had created this series for the teen audience mainly. Hidden Palms (2007) had a total of 12 episodes in its first season but it was canceled after eight (8) episodes as it received very negative reviews and ratings. She also appeared in another television series in 2008; as Amber in Californication (2007).

Heard performed the role of Mary in the 17-min-short comedy-drama Day 73 with Sarah (2007), alongside Elle Fanning. She played the lead role of Julia Ford in the 2007 indie drama film Remember the Daze (2007). The film had its world premiere in August 2007 at the Los Angeles Film Festival and was later released in the United States in April 2008. Though the critics gave it very negative reviews Heard’s performance received very good reviews from the critics. The film also starred Brie Larson, Melonie Diaz and Katrina Begin in major and minor roles.

Amber Heard’s first two films in 2008 introduced her to the film industry as a new young and talented actress. She appeared in a supporting role as Baja Miller in the action film Never Back Down (2008), which received mixed reviews from critics but it was a commercial success.

The second film was the action-comedy film Pineapple Express (2008), which starred James Franco and Seth Rogen in the lead roles. In this film, Heard played the role of Angie Anderson, an 18 years old high school girl who is the love interest of the lead character Dale Denton (Seth Rogen). The film was a commercial and critical success. With its budget of $26 million, it grossed over $102 million on box office. It holds a 6.9 rating on IMDb, a 68% rating on Rotten Tomatoes, and a 64% rating on Metacritic.

Her third and last on-screen appearence in 2008 was in the drama film The Informers (2008), which received very bad reviews and ratings, and was a huge commercial failure.

In 2009, Amber Heard co-starred with Demi Moore and David Duchovny in the comedy film The Joneses (2009). She played the role of Jenn Jones, a closet nymphomaniac. Though the film did meet its production budget it received overall positive reviews. Especially, Heard’s performance was praised by the critics with comments from Variety magazine as “(Heard) steals the show (from Moore ).”

In the 2009 blockbuster zombie apocalypse comedy film Zombieland, which starred Emma Stone, Woody Harrelson, and Jesse Eisenberg in the lead roles, Heard made a brief cameo appearance. Heard’s other film in 2009-2010 were; dark/black-comedy film ExTerminators (2009), a thriller film The Stepfather (2009), a mystery drama And Soon the Darkness (2010), a coming of age drama The River Why (2010), a horror-thriller The Ward (2010). All of these films either received a very limited theatrical release or were critical and commercial failures.

Heard co-starred with Nicolas Cage in the 2011 fantasy action-thriller Drive Angry. She played the role of Piper Lee, who teams up with John Milton (Nicolas Cage) to save his granddaughter. Drive Angry (2011) was a critical and commercial failure, but Heard’s performance received very positive reviews. The late American film critic Roger Ebert wrote of her performance as “(she) does everything that can possibly be done.”

Her next role was as Maureen in the 2011 historical-crime television series The Playboy Club by NBC. The show was canceled after it was criticized by conservative groups and feminists. It also received negative and poor reviews. In the 2011 film The Rum Diary, she co-starred with Johnny Depp to play the role of the love interest of Depp’s character, Chenault. The Rum Diary (2011) was a critical and commercial failure.

In 2013, Amber Heard appeared in two films; a thriller-drama film Paranoia (2013), and an action film Machete Kills (2013). Both of these films were commercial and critical failures.

In 2014, she played the supporting role of Vivi Delay in the action thriller film 3 Days to Kill, which starred Kevin Costner in the lead role. 3 Days to Kill (2014) received mixed reviews and ratings but it was a commercial success.

She played the role of Zoe, the love interest of the main character Michael Lane (Channing Tatum) in the 2015 comedy-drama film Magic Mike XXL. The film was a huge commercial and moderate critical success. Heard also played a minor supporting role in the 2015 biographical romantic drama film The Danish Girl, which stars Eddie Redmayne and Alicia Vikander in the lead roles.

In the 2015 crime thriller film The Adderall Diaries, she co-starred with Ed Harris and James Franco. She played one of the lead roles of Lana Edmond in the film. Though the film received very negative reviews and ratings and was a commercial failure, Heard received some positive responses for her performance with Indiewire’s comment as “(she) displays much potential and has succeeded in a bid to be taken more seriously.”

Heard played the role of a young struggling songwriter and singer opposite renowned American actor Christopher Walken in the 2015 drama film One More Time. For this role, she learned to play guitar and piano and also took singing lessons. One More Time (2015) received overall positive reviews, with a rating of 53% on Rotten Tomatoes, a 5/10 rating on IMDb, and a 57% rating on Metacritic. Heard received a lot of praise for her performance with Los Angeles Times commenting on her performance as “Superb”, and The Firm Stage saying that she did an “admirable job.” She also starred in the female lead role in the mystery thriller film London Fields, which was supposed to release in 2015 but was not released until September 2018 as the producers and directors of the film had some conflicts. London Fields (2018) was also a commercial and critical failure.

She joined the DC Extended Universe cast to play the role of Aquaman’s Atlantean queen named Mera in the 2017 DC superhero film Justice League. Heard reprised her role as Mera in the 2018 DCEU superhero film Aquaman (2018), which starred Jason Momoa as Arthur Curry (the Aquaman) and Amber Heard as his queen Mera. The film also starred Nicole Kidman and Willem Dafoe in the lead roles. This was Heard’s first-ever major role in a studio film.

She appeared in supporting roles in two films in 2019; in the critically acclaimed film Her Smell (2019) as Zelda E. Zekiel and in Gully (2019) as Joyce. She also appeared as Nadine Cross in the 2020 miniseries The Stand.

In 2022, Amber Heard will reprise her role as Atlantean queen Mera in the second part of the DC superhero film Aquaman 2 (2022). The filming will begin in the summer of 2021.

Amber Heard has been a part of the film and television industry since 2003. She has appeared in major and minor roles in several blockbusters and critically acclaimed films. she has proved herself as one of the most talented Hollywood actresses in the past two decades.

In 2013, at the age of 17, Amber Heard dropped out of school and move to Los Angeles, California to pursue a modeling and acting career.

From 2008 to 2012, she was in a romantic relationship with the American photographer and painter Tasya van Ree.

Amber Heard married renowned American actor Johnny Depp in 2015 and they got a divorce in 2017. After the divorce Heard accused Depp of domestic violence and abuse.

On 6 March 2014, the Texas Film of Fame inducted her in its honorees, in Austin, Texas.

She is well-known for her charity and humanitarian work.

A lot of people think that Amber Heard is related to the American actor John Heard, but she is not. Though she has a sister named Whitney Heard.

Amber Heard, Blake Lively, Teresa Palmer, and Rosie Whiteley auditioned for the role of Naomi in the comedy film The Wolf of Wallstreet (2013), but Margot Robbie won the part.