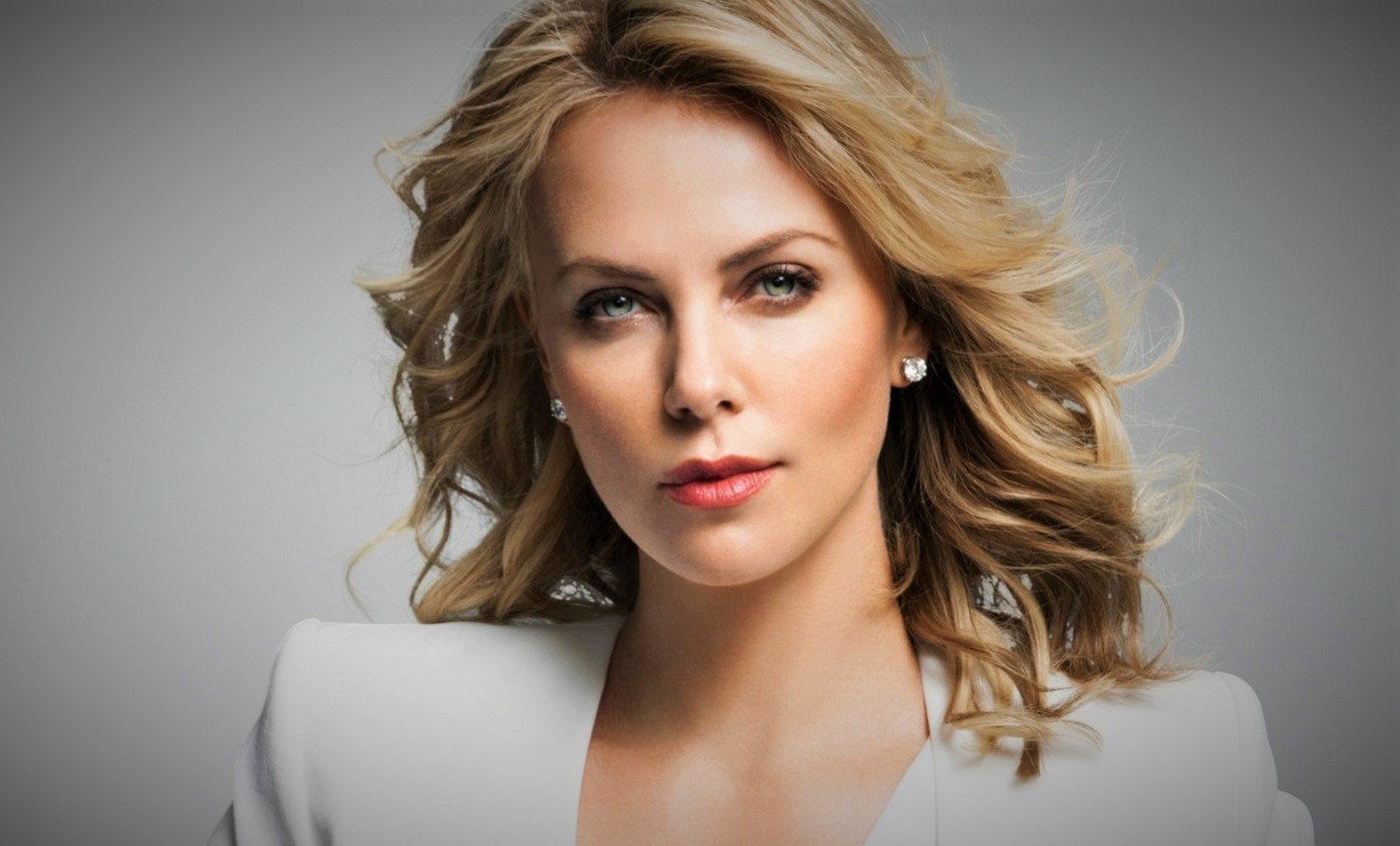 The South African and American actress Charlize Theron is among the world’s highest-paid actresses. She is well known for her beauty, hotness, and acting skills. Theron is also a filmmaker and producer. Time magazine listed her among 100 Most Influential People in the World in 2016. Charlize Theron has received several awards and nominations including an Academy Award win, a Golden Globe Award win, and a Screen Actors Guild Award win. In 2008, the United Nations officially recognized her to be its Messenger of Peace. She has appeared in several top hottest, sexiest, most desirable, and most talented actresses lists.

Charlize Theron began her acting career in 1995 with her uncredited role in the horror film Children of the Corn III: Urban Harvest and followed this role with her appearance as Helga Svelgen in the 1996 film 2 Days in the Valley. Though the film received mixed reviews Theron’s performance and beauty got her the attention of directors and producers, which earned her more roles in other films. Her breakthrough performance came with her role as Mary Ann Lomax in the horror film The Devil’s Advocate (1997), in which she co-starred with Al Pacino and Keanu Reeves. The Devil’s Advocate (1997) and her other film The Cider House Rules (1999) made her famous and introduced her as one of the most talented new actresses in the Hollywood film industry. She appeared on the cover of Vanity Fair as the White Hot Venus in January 1999, and on the cover of Playboy magazine in May 1999.

Charlize Theron has appeared in several blockbuster movies and played many significant and world-famous roles. Some of her most successful roles are; Mary Ann Lomax in The Devil’s Advocate (1997), Candy Kendall in The Cider House Rules (1999), Gwen Sunday in Men of Honor (2000), Aileen Wuornos in Monster (2003), Stella Bridger in The Italian Job (2003, Josey Aimes in North Country (2005), Det. Emily Sanders in In the Valley of Elah (2007), Imperator Furiosa in Mad Max: Fury Road (2015), and many more.

In 1997, she appeared alongside Al Pacino and Keanu Reeves in the supernatural horror film The Devil’s Advocate (1997). The film was a commercial and critical success and Theron received very good reviews for her performance. Her next notable appearance was in the 1999 romance drama The Cider House Rules (1999) in which she played the role of Candy Kendall alongside Michael Caine, Delroy Lindo, and these films introduced her as a new talented actress and she started to get famous as an actress.

Charlize Theron appeared in several movies in the early 2000s such as; in Reindeer Games (2000) as Ashley Mercer, in The Yards (2000) as Erica Soltz, in The Legend of the Bagger Vance (2000) as Adele Invergordon, in Men of Honor (2000) as Gwen Sunday, in Sweet November (2001) as Sara Deever, in The Curse of the Jade Scorpion (2001) as Laura Kensington, and in Trapped (2002) as Karen Jennings. All of these films were a moderate critical and commercial success. Theron received great reviews for her performances in all of these films and successfully introduced herself as one of the most talented actresses of her generation.

Theron’s worldwide recognition and international stardom came with her role as Stella Bridger, a vault technician, in the 2003 crime/heist action film The Italian Job (2003). In this film, she co-starred with Mark Wahlberg, Edward Norton, Seth Green, Jason Statham, and more. The film was a commercial and critical success. The Italian Job (2003) holds a 73% rating on Rotten Tomatoes and a 7/10 rating on IMDb.

Her second release in 2003 was the crime drama film Monster (2003) in which she portrayed the serial killer Aileen Wuornos who used to work as a prostitute for a long time. The real Aileen Wuornos was executed in Florida in 2002 for the murder of six men in the 1980s and 1990s. Charlize Theron received great reviews from critics for this performance. According to film critic, Roger Ebert Theron’s performance was “one of the greatest performances in the history of the cinema”. Theron received an Academy Award in the Best Actress category, a Golden Globe Award, and a Screen Actors Guild award in the same category. With her Oscar win, she became one of the highest-paid actresses in the industry, receiving around $10 million for a film. Monster (2003) was a commercial and critical success. It holds an 81% rating on Rotten Tomatoes, a 7.3/10 rating on IMDb, and a 4/5 rating on Hoopla.

Charlize Theron appeared alongside Frances McDormand and Sean Bean in the 2005 docudrama film North Country (2005). In this film, she played the lead role of Josephine ‘Josey’ Aimes. For her role in this film, she received several award nominations in the Best Actress category such as an Academy Award nomination, a BAFTA nomination, a Golden Globe nomination, a Critics’ Choice nomination, a SAG nomination, and many more. The critics loved the performances by Theron and McDormand. Variety’s David Rooney wrote of Theron’s performance as “The film represents a confident next step for lead Charlize Theron. Though the challenges of following a career-redefining Oscar role have stymied actresses, Theron segues from Monster to performance in many ways more accomplished”. And Roger Ebert described her as “an actress who has the beauty of a fashion model but has found resources within herself for these powerful roles about unglamorous women in the world of men.”

The post-apocalyptic Australian action film Mad Max: Fury Road (2015) starred Charlize Theron and Tom Hardy in the lead roles. In this film, she played the lead role of Imperator Furiosa and received critical acclaim and public admiration for it. Mad Max: Fury Road (2015) was a huge critical and commercial success. It grossed over $378 million worldwide against a budget of $150 million. The film received several local and international award nominations including ten (10) Academy Award nominations of which it won six Academy Awards and became the Australian film with the most Oscar wins. With its rating of 97% on Rotten Tomatoes, 8.1/10 on IMDb, and 90% on Metacritic, Mad Max: Fury Road (2015) is one of the highest-rated films on online film rating websites.

Theron co-starred with Nicole Kidman, Gretchen Carlson, and Margot Robbie in the American drama film Bombshell (2019), which follows the story of a Fox News female employee who is committed to exposing the CEO Roger Ailes for sexual harassment. The film was a moderate commercial and critical success, but the performances by the actresses received critical acclaim, especially the performances by Kidman, Robbie, and Theron. Theron received an Academy Award nomination, a BAFTA nomination, a  Golden Globe nomination, a Screen Actors Guild Award (SAG) nomination, and a Critics’ Choice nomination in the Best Actress in the Lead role category.

Charlize Theron has been a part of the Hollywood film industry for three decades and she has proved herself to be one of the most successful actresses of all time. She will next appear in the 2022 fantasy film The School for Good and Evil (2022) in which she will play the role of Lady Lesso. The film will star Sophia Anne Caruso and Sofia Wylie in the lead roles.

In 1990, Theron’s mother shot her husband (Theron’s father) when he was trying to physically hurt her. He died of a gunshot. Her mother was not charged with his murder as it was self-defense.

In 1989, Charlize Theron started fashion modelling. At the time she was fourteen (14) years old.

Charlize Theron used to smoke cigarettes. Thanks to hypnotherapy she quit this habit.

Her manager revealed in the Shootout show in 2003 that he discovered/noticed Charlize Theron screaming at a teller in a Hollywood bank. He loved her beauty, voice, and expression and decided to give her a chance.

Theron received an Academy Award in the Best Actress category for her role as Aileen Wuornos in the 2003 crime-thriller Monster (2003). She gained 30 pounds for this role. She received this Oscar award on October 28, 2004, which would have been Aileen’s 48th birthday. She also dyed her hair black for this role.

Her favorite actor is Tom Hanks. He was also her crush.

Theron injured her neck while film the 2005 action-adventure film Æon Flux (2005). Though the injury was severe enough to admit her into a hospital, the shooting had to be discontinued for several weeks.

In 2005, Charlize Theron received a star on Hollywood Walk of Fame, for her contribution to the film Industry.

For the role of Dagny Taggart in the 2011 sci-fi mystery film, Atlas Shrugged: Part 1 she replaced Angelina Jolie, but lost this role to Taylor Schilling.