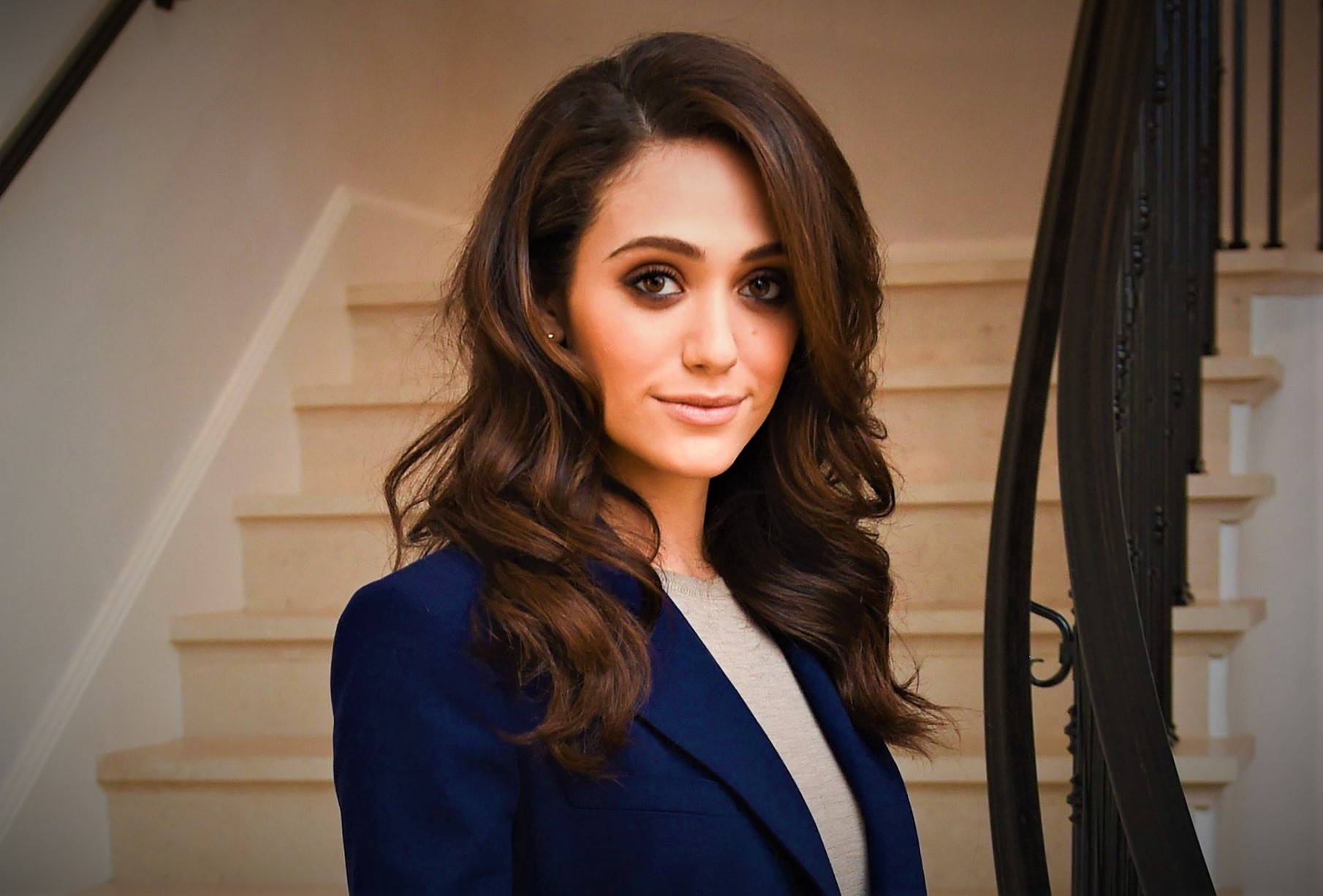 The American actress and singer Emmy Rossum is mainly known for her work as Fiona Gallagher in the American 18+ comedy drama series Shameless (2011-2021). In this drama series, she played the role of a young girl who is responsible for taking caring of her five siblings and her alcoholic father when their mother leaves them. Emmy Rossum received critical acclaim along with several awards and nominations for this role. The public loved and admired her character in this drama series. She has also appeared in several movies before and after she started working in Shameless.

Emmy Rossum began her acting career back in 1996, as a child actress. At the time, she was only ten (10) years old. She appeared in her first film in 1999 with her role as Claire Addison in the Disney Channel Original film Genius (1999). After that she started getting different major or minor roles in different films. She played the role of Katie Markum in the 2003 mystery film Mystic River (2003), which introduced her as a talented young actress. In 2004, she starred as Laura Chapman in the sci-fi disaster drama film The Day After Tomorrow (2004), which proved to be her best role and film so far and earned her more recognition in the industry. Her performance as Christine Daae in The Phantom of the Opera (2004) was very well-received by the critics and made her famous among youth.

The stardom and international recognition of Emmy Rossum came with her role as Fiona in the 18+ American drama Shameless (2011-21). She worked in Shameless for over nine years and appeared in nine seasons of its eleven seasons. Emmy Rossum is considered among the best, most talented, hottest and sexiest female Hollywood stars.

She has never met her father. Her mom was a single mother who brought her up on her own. She takes her mother to dinner on every father’s day to let her know that how much she appreciates her efforts for her.

Though she entered acting at the early age of ten, she has said that she wanted to become an Astronaut.

Emma Rossum is mainly known around the world for her role as Fiona in the television series Shameless. She appeared completely naked multiple times in this drama series

She is the youngest person to be nominated for a Golden Globe Award in the Best Actress in a Musical or Comedy.