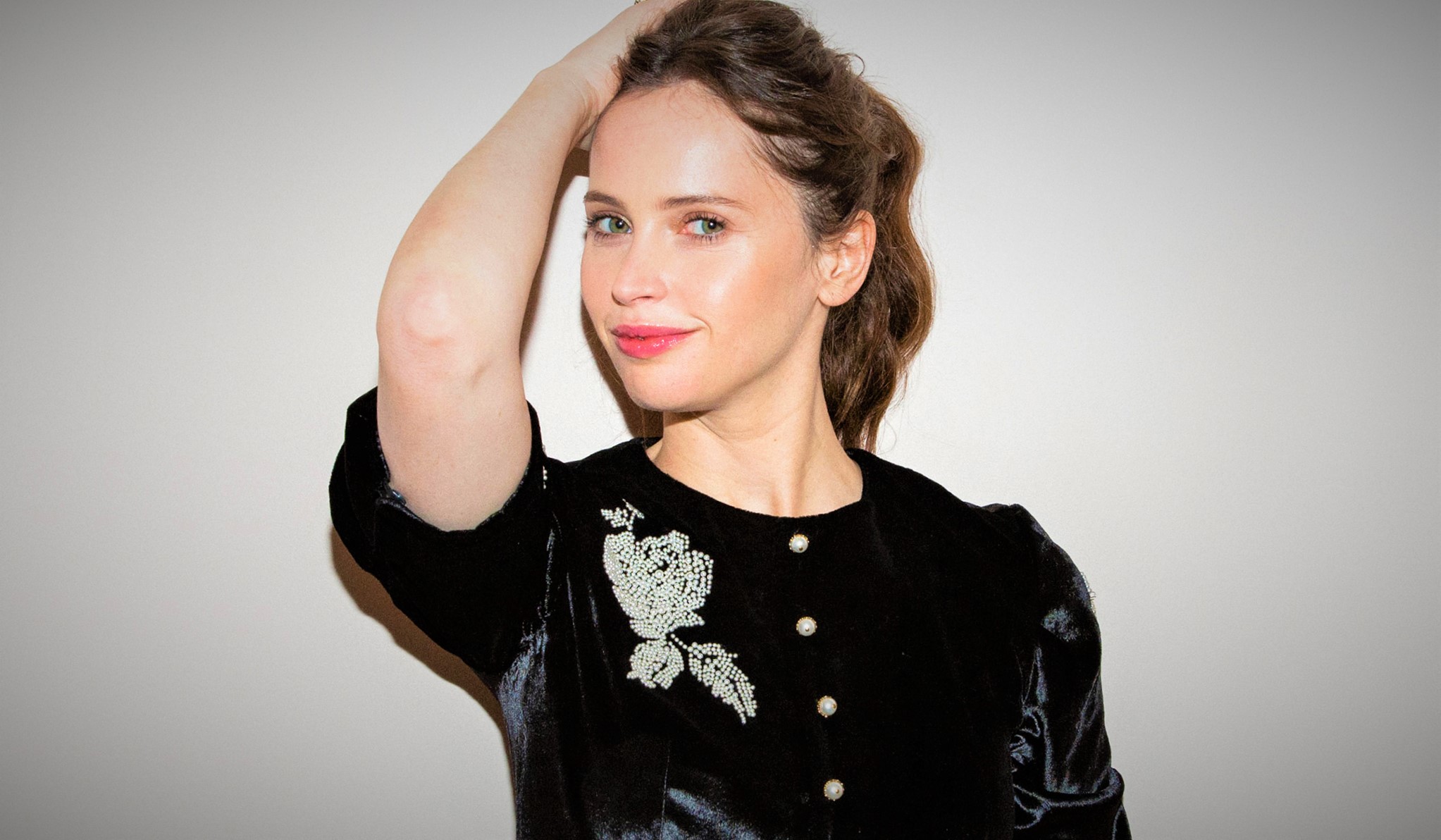 The beautiful and talented English actress Felicity Jones began acting as a child actress back in 1996. Her first ever acting performance was in the TV family film named The Treasure Seekers (1996). At the time of the shooting of the film Felicity Jones was only twelve (12) years old. She then appeared as Ethel Hallow in the British-Canadian TV series named The Worst Witch and Weirdsister College. Felicity Jones made headlines and received critical acclaim and public admiration for her roles as Anna Gardner in Like Crazy (2011), and Jane Wilde Hawking in The Theory of Everything (2014).

Felicity Jones is a famous and critically acclaim young actress of the Hollywood film industry. She has received multiple local and international awards and nominations for her performances over the years. For her role in as the wife of Stephen Hawking in The Theory of Everything (2014), she received nominations for a Screen Actors Guild (SAG) Award, an Academy Award, a BAFTA award, and a Golden Globe award in the Best actress category. She is considered among the cutest, sexiest, hottest, and most talented actresses of the Hollywood film industry. In 2016, she received a BAFTA Britannia Award in the British Artist of the Year category.

She is the niece of the renowned actor Michael Hadley.

Her brother is a film editor.

She has played the role of Ellie Kendrick’s sister in two films.

Felicity Jones loves the television series Peaky Blinders which is filmed in her home city of Birmingham.

Her first ever appearance in a film was in The Treasure Seekers (1996) which also starred Keira Knightley, and James Wilby.

The highest-rated and best film of Felicity Jones is the Sci-fi action-adventure film Rogue One: A Star Wars Story (2016). It holds a 7.8/10 rating on IMDb, and an 84% rating on Rotten Tomatoes.

She appeared alongside Jennifer Lawrence and Anton Yelchin in the romance drama film Like Crazy (2011) which was a huge critical and commercial success.

In the 2016 documentary film Tom Hanks: A League of His Own (2016), she appeared alongside Tom Hanks, Victor Garber, and Ron Howard. It was loved by the critics and the public.