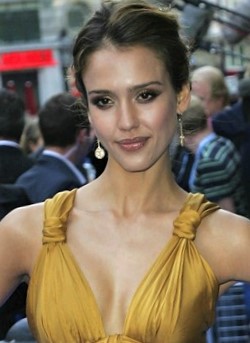 The American actress, model, and businesswoman Jessica Alba entered the showbiz at the early age of 13. She started appearing on television and in movies as a child actress. Jessica Alba’s first appearance on television was in the television series The Secret World of Alex Mack (1994), which ran for almost four years. She also appeared in the 1994 adventure comedy movie Camp Nowhere. At the age of 19, she got the lead role of Max Guevera in the science fiction drama series Dark Angel (2000-2002). With this role, she rose to fame introduced herself as a talented new actress. She founded The Honest Company, a company that provides household, personal, and baby products, with three other co-founders in 2011.

Jessica Alba has played various roles in several successful movies and television series such as Dark Angel (2000-2002), Honey (2003), Fantastic Four (2005), Sin City (2005), Good Luck Chuck (2007), Fantastic Four II (2007), The Eye (2008), Little Fockers (2010), Machete (2010), Valentine’s Day (2010), Spy Kids: All the Time in the World (2011), Machete Kills (2013), Sin City II (2014) and Mechanic: Ressurection (2016). She has received several nominations and awards from different major and minor award shows including a Golden Globe nomination. Jessica Alba has established herself as a successful Hollywood actress with her multiple commercially and critically successful movies and continues to work in the industry. She has also appeared on several world’s most beautiful women’s lists by different magazines such as Vanity Fair, FHM, and Men’s Health.

Jessica Alba was born to Mark David Alba and Catherine Louisa, on 28 April 1981 in Pomona California. She has a younger brother named Joshua. Her father Mark Alba was in Air Force and was posted in Biloxi, Mississippi, and then Del Rio, Texas. So the whole family moved to where Mark was posted. Then in 1990, they settled in Claremont, California, at the time Jessica Alba was nine years old. This was a very conservative, and traditional Catholic household. Alba has often described herself as a liberal and has said that she had become a “feminist” at the early age of five.

Jessica Alba was often sick as a child and suffered different health problems. She had pneumonia at least four times in a single year, also had partially collapsed lungs twice, and suffered a tonsillar cyst and ruptured appendix. She is also an asthma patient since childhood. Alba did not make any friends at school and was often isolated from other students as they did not know her well because she was often absent from school and was admitted to hospital. She has said that she often felt isolated from other students as her family was frequently moving. In 1997, she graduated from Claremont High School and later got admission to the Atlantic Theater Company.

Jessica Alba showed interest in an acting career since she was five years old. Her mother convinced her to enter an acting competition in Beverly Hills. The competition offered free acting classes to the winner. Alba won the grand prize and started taking her first acting lessons, at the time she was eleven (11) years old. She studied acting with Felicity Huffman and her husband William H. Macy at the Atlantic Theater Company.

Nine months after she began taking her acting classes, an agent signed to represent her. She made her film debut with a minor role as Gail in the 1994 adventure comedy feature film Camp Nowhere, as a child actress. Initially, she was hired for two weeks, but she was asked to work for two months as one of the prominent actresses dropped out. She then started appearing in different independent films and also did two television commercials for J.C Penney and Nintendo.

The same year she got the recurring role of Jessica in the comedy series by Nickelodeon The Secret World of Alex Mack (1994). She appeared in three episodes. In 1995, she started playing Maya in the adventure series Flipper. She played this role for two seasons of the series.

In 1999, she appeared opposite Drew Barrymore in the romantic comedy film Never Been Kissed as Kirsten Liosis. And then she appeared in the female lead role in the 1999 black comedy horror film Idle Hands. She played the role of Molly alongside Devon Sawa. These two films introduced her as a very talented young actress.

The renowned Canadian filmmaker, producer, and director  James Cameron picked Jessica Alba himself for the role of Max Guevara in his sci-fi television series Dark Angel (2000-2002). Max Guevara was a genetically engineered super-soldier who joins forces with a journalist named Logan to fight against corruption in post-apocalypse America. The show ran for two years and released two seasons and a total of forty-three (43) episodes. This show proved to be the big breakthrough that Alba needed. Her role as Max Guevara received a very positive critical response and earned her several awards and nominations including a Teen Choice Award in Choice Actress category, a Saturn Award in the Best Actress category, and a Golden Globe nomination in the Best Performance by an Actress in a Television Series – Drama category.

Dark Angel received very favorable reviews from critics. On the review aggregator Rotten Tomatoes it holds an approval rate of 65%, on IMDb it has a rating of 7.4/10, and on TV.com it has a rating of 8.8/10. While writing for the University of Melbourne, Bronwen Auty wrote of Jessa Alba’s performance as Max to be the “archetypal modern feminist hero —a young woman empowered to use her body actively to achieve goals.”

Her role as Max earned her many notable roles in different movies. Her first breakthrough role in the film was as Honey Daniels, a hip-hop dancer, and choreographer in the 2003 American dance film Honey. She played the lead and title role in this film. Though the film received very bad reviews, it did fine at the box office. With its budget of $18 million, it grossed over $62.2 million.

She next appeared as Nancy Callahan in Robert Rodriguez’s 2005 neo-noir crime anthology film Sin City (2005). In this film, she played the female lead role. The film was based on a graphic novel of the same name. Sin City (2005) was a critical and commercial success. I grossed over $160 million against its budget of $40 million. Jessica Alba received a lot of praise from the critics and the public for her performance in the film and received an MTV Movie Award in the Sexiest Performance category. Sin City (2005) has an 8/10 rating on IMDb, a 4/5 rating on Common Sense Media, and a 77% rating on Rotten Tomatoes. She reprised her role as Nancy Callahan in part II of the film Sin City: A Dame to Kill For which premiered in August 2014 and was a commercial failure and received mixed reviews from the critics.

Jessica Alba co-starred with Chris Evans, Ioan Gruffudd, Julian McMahon, and Michael Chiklis in the 2005 Marvel Comics superhero action-adventure film Fantastic Four (2005), as one of the main character Susan Storm (The Invisible Woman). Though the film received very negative critical reviews, Alba’s performance received generally positive reviews. And despite the bad reviews, the film went to gross over $333.5 million worldwide. Jessica Alba received an MTV Movie Awards nomination in the Best Hero category, and her team in the film received an MTV Movie nomination in the Best On-Screen Team nomination.

Her third and last film in 2005 was Into the Blue in which she co-starred with the late Paul Walker, as Samantha “Sam” Nicholson. The film follows the story of a couple who by chance discovers a bag of illegal drugs and find themselves chased by a drug lord. The film generally did fine on the box office and received overall negative reviews. In 2006, she hosted the 2006 MTV Movie Awards.

In 2007, she reprised her role of Susan Storm (The Invisible Woman) in the second part of the Marvel Comic superhero adventure film Fantastic Four: Rise of the Silver Surfer (2007). Though the film did not receive good reviews from critics, it was loved by the public and was a commercial success. With its budget of $120-130 million, it grossed around $310 million worldwide. She had trouble on-set with the film’s director Tim Story, who almost made her quit the film as he was not satisfied with her acting. The conflict between the actress and the director forced the producers of the film to find a new director for the third part of Fantastic Four. The third part was released in 2015 which proved to be a commercial and critical failure.

Jessica Alba has been a part of the film industry for almost three decades now and has played many major and successful roles over the years. Some of her most famous roles are; as Cam in the romantic comedy Good Luck Chuck (2007), Samantha in the psychological thriller film Awake (2007), Sydney Wells in the horror film The Eye (2008), Lucy in the comedy film Meet Bill (2007), Jane Bullard in the comedy film The Love Guru (2009), Joyce Lakeland in the crime-erotic drama film The Killer Inside Me (2010), Sartana Rivera in American action film Machete (2010) and many more.