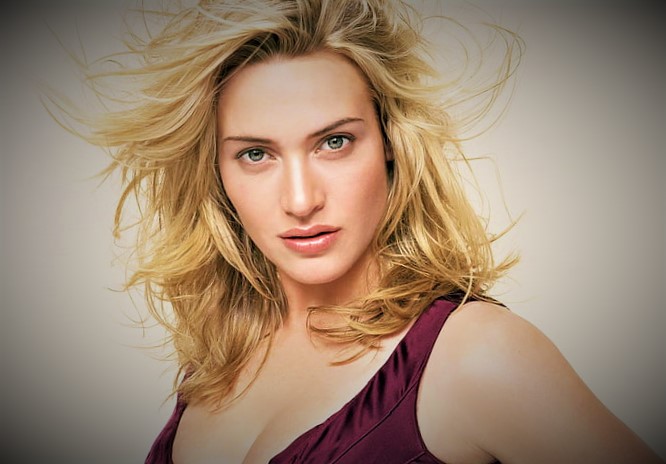 Kate Winslet is one of the most recognized and loved the world British actresses. She is well-known for her acting skills and her beauty. She has received the highest and most major awards in the Hollywood industry for her acting. Kate Winslet received three BAFTA awards, Four Golden Globe Awards, an Academy Award, and a Primetime Emmy Award. Time magazine included her in its list of 100 Most Influential People in the World in 2009 and again in 2012. Kate Winslet has also appeared in many other most talented, hottest, sexiest, and most beautiful women lists.

Kate Winslet became one of the most recognized and highly praised Hollywood actresses with her role as Rose DeWitt Bukater in the 1997 blockbuster film Titanic. She received an Academy Award nomination in the Best Actress category for her performance in the film and became the fourth-youngest person at that time to have received the nomination in this category. Kate Winslet has been working as an actress in the Hollywood industry since 1991 and has played many major roles in several blockbusters and critically acclaimed films. She is one of the most successful, talented, hottest, and most beautiful actresses of all time. Some of her greatest roles are in; Sense and Sensibility (1995), Titanic (1997), Quills (2000), Iris (2001), Eternal Sunshine of the Spotless Mind (2004), Finding Neverland (2004), Little Children (2006), The Reader (2008), Revolutionary Road (2008), Mildred Pierce (2011), Steve Jobs (2015), Divergent film series and more.

Kate Winslet was born in Reading, Berkshire, England, to a struggling actor Roger John Winslet, and Sally Ann, who was a waitress and a nanny, on October 5, 1975. Her father used to do laboring jobs to support the family. Winslet’s family had many financial problems. Her father injured his foot in a boating accident and it became more difficult for him to work so the family went into financial crises. At the time she was ten (10) years old.

Kate Winslet went to St Mary and All Saints’ Church of England primary school. She wanted to become an actress since she was only a child, as she belongs to an actor’s family. She used to perform in school’s amateur stage shows and in local youth theaters with her sisters. Her first performance on stage was in her school’s production of the Nativity, in which she played the role of Mary. She got admission to the Redroofs Theater School at the age of eleven (11). This school also worked as an agency and used to take its students to London for auditioning for acting jobs. Winslet became the head girl at school as she was so talented.

She began her acting career at the age of 15 with her role as Reet in the 1991 sci-fi television series Dark Season. Winslet’s first-ever film appearance was in a starring role as Juliet Hulme in Peter Jackson’s 1994 biographical film Heavenly Creatures. Then in 1995, she co-starred with Alan Rickman and Emma Thompson in the romance drama film Sense and Sensibility (1995). For her role as Marianne Dashwood in this film, she received a Screen Actors Guild (SAG) Award and a BAFTA award in the Best Actress in a Supporting Role category. At the time she was only 20 years old, which makes her one of the youngest actresses to receive these awards. She played many other roles after that such as; Princess Sarah in A Kid in King Arthur’s Court (1995), Sue Bridehead in Jude (1996), and Ophelia in Hamlet (1996).

Kate Winslet played the female lead role of Rose Bukater in the 1997 romance-disaster film Titanic (1997). The film told the story of two young lovers who meet for the first time on the ill-fated ship RMS Titanic. Winslet wanted to play the role of Rose so much that she pleaded with the film’s director James Cameron to cast her by saying “You don’t understand! I am Rose! I don’t know why you’re even seeing anyone else!”. She co-starred with Leonardo DiCaprio who played the male lead role of Jack.

Kate Winslet worked very hard to play the part right. She only slept four hours a day as the workload was too much, and she had bruises and marks on her knees and arms. While filming water scenes, she almost drowned, and also caught influenza and had hypothermia, which is caused by very long exposure to cold temperature. Despite all these difficulties she managed to portray the character of Rose as good as anyone could.

Titanic (1997) premiered on December 19, 1997, in the United States and was a huge commercial and critical success upon its release. It went to gross over $2 billion worldwide against a budget of $200 million and became the highest-grossing film of all time, back then. The critics and the public loved the performances by the lead actors; DiCaprio and Winslet. Titanic (1997) has an 89% approval rate on Rotten Tomatoes, a 75% rating on Metacritic, and a 7.8/10 rating on IMDb. Winslet received a lot of praise for her extraordinary performance.

In 2000, she appeared in a supporting role alongside Joaquin Phoenix in the historical drama film Quills (2000). In this film, she portrayed Madaleine (Maddy), a repressed laundress who works at a mental hospital. She received a lot of praise from the critics and received a SAG award nomination in the Best Supporting Actress category. Los Angeles magazine’s James Greenberg praised her performance by writing that she is the “most daring actress working today.” Though Quills (2000) was a moderate box office success, it received very good reviews from critics. It holds a 75% rating on Rotten Tomatoes, and a 7.3/10 rating on IMDb.

She played the role of young Iris in the 2001 biographical drama film Iris. This film is based on the life of renowned novelist Iris Murdoch and her relationship with her husband John Bayley. This film was also a critical and commercial success. Kate Winslet received her third Academy Award nomination, a BAFTA nomination, and a Golden Globe nomination in the Best Supporting Actress category. She also received a lot of praise from critics for her performance. Martin Amis of The Guardian magazine commented on her performance by writing that “the seriousness and steadiness of (Winslet’s) gaze effectively suggest the dawning amplitude of the Murdoch imagination.”

Eternal Sunshine of the Spotless Mind (2004)

In 2004, Winslet co-starred with renowned Hollywood actor Jim Carry in the sci-fi romance film Eternal Sunshine of the Spotless Mind (2004). The film tells the story of Joel and Clementine who start a romantic relationship after a train journey together. What they don’t realize is that they were in a relationship before but all that memory has been removed from their minds through a clinical procedure. The film was a box office and critical success upon its release. It is considered one of the best films of the 21st century by many critics.

Winslet again received a lot of praise for her performance. Rolling Stone’s Peter Travers called her performance “electrifying and bruisingly vulnerable” in the film. The Premiere magazine praised her work and listed it on #81 in its list of greatest performances of all time. Eternal Sunshine of the Spotless Mind (2004) is one of the highest-rated films on Rotten Tomatoes with its approval rate of 92%. It has an 89% rating on Metacritic and a 6.2/10 rating on IMDb. Winslet received a BAFTA nomination and an Academy Award nomination in the Best Actress category for this role. She considers it one of her favorite roles.

In the 2004 biographical/family drama film Finding Neverland, she co-starred with Johnny Depp. She played the female lead role of Sylvia Davies in this film. At the time kate Winslet had become a very successful Hollywood star and was did not want to play this role but eventually agreed to it. She received a £6 salary to play this role. Finding Neverland (2004) was also a huge commercial and critical success, and was Winslet’s most widely seen film after Titanic. She received her second BAFTA award nominations in the Best Actress category for this role. LA Weekly’s film critic Ella Taylor wrote of her performance as “radiant and earthy as ever.” Rating; 83% on Rotten Tomatoes, 67% on Metacritic, and 7.5/10 on IMDb.

In 2008, Kate Winslet appeared alongside her Titanic co-star Leonardo DiCaprio in the romance drama film Revolutionary Road (2008). The film was based on Richard Yates’s 1961 novel of the same name. The film tells the story of Frank and April, a happily married couple, whose commitment to each other starts to crumble. This film was also a commercial and critical success. People loved the Leo and Kate duo again. Winslet worked very hard to get the role right, she started reading The Feminine Mystique book to get an idea that how the unhappy housewives feel and behave. New York magazine’s chief film critic David Edelstein wrote of her performance as “there isn’t a banal moment in Winslet’s performance—not a gesture, not a word”. Kate Winslet received a Golden Globe award in the Best Actress category and a Screen Actors Guild Award nomination in the same category.

The film was a commercial and critical success. Sukhdev Sandhu wrote of her performance in The Daily Telegraph as “absolutely fearless here, not just in her willingness to expose herself physically, but her refusal to expose her character psychologically”.

Naya Legend of the Golden Dolphin (2022) in which she will play the voice of Cupid.

Winslet will also appear in two other films; Lee and Fake!.

Winslet’s first acting job was in a Sugar Puffs cereal commercial, in which she danced with the Honey Monster. At the time she was only 11 years old.

She could not go to the premiere of Titanic (1997) as she was attending her close friend and ex-boyfriend’s funeral.

Her role as Clementine Kruczynski in the film Eternal Sunshine of the Spotless Mind (2004) is her favorite performance.

Kate Winslet is among the thirteen (13) actresses who have won the BAFTA award, Academy Award, Golden Globe Award, SAG award, and Critics’ Choice Award for the same performance.

On March 17, 2014, she received a Star on the Hollywood Walk of Fame at Hollywood Boulevard in Hollywood, California.

She was pregnant with her third child while filming the 2014 film Divergent.

She is best friends with Leonardo DiCaprio. Their friendship is one of the most discussed friendships in the industry.

Kate Winslet has appeared on the covers of more than 300 magazines around the world.

She has received 253 local and international award nominations of which she has won 91 awards.