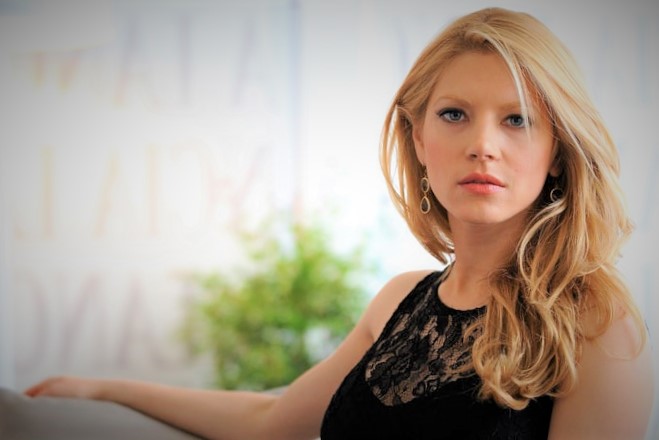 The Canadian film and television actress Katheryn Winnick is best-known for her starring role as Lagertha in the historical drama series Vikings (2013-2020). Though she made her acting debut back in 1999 at the age of twenty two (22), she rose to prominence and became a global star with her role in Vikings. Katheryn Winnick mainly works in television industry and has also appeared in a number of films. She is among the most successful and known television and film actresses in the industry. Her most known and famous television roles are as; Hannah Burley in Bones (2010-2011), Lagertha in Vikings (2013-2020), Christine Gavin in Wu Assassins (2019), Jenny Hoyt in Big Sky (2020-present), and morel=.

Katheryn Winnick has also worked in numerous films and has played many memorable roles such as Tabitha in Amusement (2008), Fiona Wagner in Choose (2010), Ivana in A Glimpse Inside the Mind of Charles Swan III (2012), Lola in The Art of the Steal (2013), Vivian in Polar (2019), Sarah Pennington in The Marksman (2021), and many more. She has been honored with a number of awards and nominations over the years and is considered among the sexiest, hottest and most talented actresses in the American television and film industry.

Her brother is in Canadian army. He served in Afghanistan. Her other brother Mark is also an actor.

She could not speak English until she was eight (8) years old.

She appeared in small role in the famous 2002 romance-comedy film Two Weeks Notice (2002) which stars Sandra Bullock, Hugh Grant and Alicia Witt in lead roles. It was a huge commercial and moderate critical success.

In the famous and highly-rated Netflix action-fiction show Wu Assassins (2019), she plays one of the lead characters of Christine Gavin.