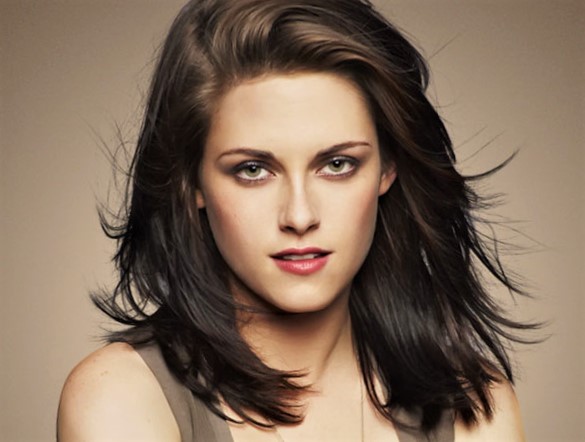 The American actress, producer, and filmmaker Kristen Stewart is one of the most talented, beautiful, and hottest actresses in the Hollywood industry. Kristen Stewart has appeared on many top hot, most desired, and most beautiful lists and is considered one of the sexiest women alive. She entered showbiz at the age of nine (9) in 1999 and has paved her way towards success over the years. Stewart was the highest-paid actress in the world in 2010 and 2012. She has received several local and international awards for her brilliant performances including a Cesar Award in the Supporting Actress category which makes her the only American actress to have received this award.

Kristen Stewart made her acting debut in the 1999 film The Thirteenth Year, which was a TV movie and she was not credited. Her first credited role was in the 2001 drama film The Safety of Objects, in which she played Sam Jennings. Her role as Sarah, the daughter of Jodie Foster’s character, Meg Altman in David Fincher’s 2002 thriller film Panic Room, introduced her as a talented young (child) actress in the industry. At the time Kristen Stewart was twelve (12) years old. After that, she appeared in several movies as a child actress such as Catch That Kid (2004), Undertow (2004), Speak (2004), Fierce People (2005), Zathura: A Space Adventure (2005), The Messengers (2007) and Into the Wild (2007).  In 2010, at the age of 19, she received the BAFTA Rising Star Award.

Kristen Stewart’s parents are John Stewart, a television producer and stage manager, and Jules Mann-Stewart, a director and script supervisor. Her father has worked on the Comedy Central show and also for Fox’s broadcasting company. She was born in Los Angeles, California on 9 April 1990. Her mother is Australian and her father is an American. Ben Urman and Norma, a Jewish couple in California, adopted Jules (Kristen’s mother) in 1953 after her DNA test result showed that she had Jewish ancestry from her mother’s side. Kristen Stewart has two adopted brothers, Taylor and Dana, and also an older brother named Cameron B. Stewart. After 27 years of marriage, her parents Jules and John Stewart separated and got divorced, in 2012.

Until her seventh (7th) grade Stewart went to local schools. It was difficult for her to continue her studies after she started acting, but she kept on studying through education by distance and eventually graduated from high school.

Kristen Stewart belonged to a family which worked in the entertainment industry but non of them were on-camera, they worked as writers or directors, etc. So she too wanted to work in the entertainment industry but off-screen as a screenwriter or director. She never thought of becoming an actress. she once said during an interview that “I never wanted to be the center of attention—I wasn’t that ‘I want to be famous, I want to be an actor kid. I never sought out acting, but I always practiced my autograph because I love pens. I’d write my name on everything.”

At the age of eight (8), an agent noticed her performing in an in-play in elementary school and liked her. After that, she started going to auditions but could not get any part for almost a year. She first appeared in a non-speaking and uncredited role in a 1999 television film by Disney Channel The Thirteen Year. Her next appearance in the film The Flintstones in Viva Rock Vegas (2000) was also an uncredited role. Though both of these roles were uncredited they introduced her as a child actress.

Kristen Stewart’s first credited role was in the 2001 independent film by Rose Troche, The Safety of Object (2001). In this film, she played the role of Sam Jennings, the daughter of a single mother. She next appeared as a diabetic daughter of a divorced single mother (played by Jodie Foster) in the 2002 thriller film Panic Room. She received a Young Artist Award nomination for her performance as a child actress in this film.

Her brilliant performance in Panic Room (2002) earned her the role of Kristen Tilson in another horror-thriller film Cold Creek Manor (2003). In this film, she played the daughter of the lead characters and received another Young Artist Award nomination for her performance. At the time she had become so busy with her acting career that she had to switch to homeschooling.

In 2014, she had her first starring role as Maddy in the children-action comedy film Catch That Kid (2004). Though the film did not receive positive critical reviews, Stewart’s performance was praised. Her next film in 2004 was the psychological thriller film Undertow (2004), in which she played the role of Lila. This was a supporting role for which Stewart received another Young Artist Award nomination in the Supporting Young Actress category.

Kristen Stewart next played the lead role of Malinda Sordino in the coming-of-age teen drama film Speak (2004), which was based on a novel of the same name by Laurie Halse Anderson. Malinda Sordino (Kristen Stewart) is a teenager who is raped by a senior student and stops speaking to anyone after that. At the time of the shooting of the film, Stewart was only thirteen (13) years old. This film introduced Kristen Stewart as one of the most talented young actresses. Her performance as Malinda received very good reviews from the critics with The New York Times stating that “Ms. Stewart creates a convincing character full of pain and turmoil.” Speak (2004) has a 7.3/10 rating on IMDb and a 78% rating on Rotten Tomatoes.

Stewart’s appeared in two films in 2005; Zathura: A Space Adventure (2005) and Fierce People (2005). In the first film, she played Lisa Budwig, an careless/irresponsible teenager sister of two younger brothers. Though the film barely met its production budget, it received very good reviews from critics. Stewart’s character did not receive any media attention. Her second film in 2005 was Fierce People (2005). This was a drama-thriller in which she played the role of Maya Langley.

In 2007, she played the lead role of Jessica “Jess” Soloman in the horror film Messengers. Though the film was a critical failure it did fine at the box office. With its budget of $16 million, it grossed over $55 million.

Her other films in 2007 were; In the Land of Women, a romantic drama starring Adam Brody and Meg Ryan, The Cake Eaters, an independent drama for which she received very positive critical reviews, Into the Wild a biographical-adventure film, and Cutlass a short film. Stewart appeared in small roles in the comedy-drama What Just Happened (2008) and science-fiction action film Jumper (2008). She played the lead role of Martine alongside Eddie Redmayne in the romance-drama film The Yellow Handkerchief (2008). This film received generally positive reviews and the performance of Kristen Stewart and Eddie Redmayne was loved and praised by the public and the critics. The film was a commercial failure. The Yellow Handkerchief (2008) holds a 66% approval rate on review aggregator Rotten Tomatoes, a 6.7/10 rating on IMDb, and a 62% rating on Metacritic.

The Twilight Saga and International Recognition (2008-2015)

In November 2007, Summit Entertainment publically announced that they have cast Kristen Stewart to play the role of Isabella “Bella” Swan in their upcoming romantic fantasy film Twilight (2008). Twilight films are based on the novel of the same name by Stephenie Meyer. In this film, she co-starred as the main character Edward Cullen’s (played by Robert Pattinson) love interest. Twilight (2008) premiered on November 17, 2008, in Los Angeles. Despite mixed critical reviews Twilight (2008) went on to gross over $407 million worldwide. Stewart’s performance also received mixed reviews but the public loved her as Bella.

Kristen Stewart received very good reviews and a lot of praise from the critics and the public for her performance as Emily ‘Em’ Lewin in the 2009 comedy-drama film Adventureland (2009). In this film, she co-starred with Jesse Eisenberg. The film was a critical and moderate commercial success. With its budget of $9 million, it grossed over $17.2 million. Adventureland (2009) received very good reviews from critics. It holds an 89% approval rate on Rotten Tomatoes, a 6.8/10 rating on IMDb, and a 76% rating on Metacritic. Stewart’s performance earned very good reviews with James Bernardinelli wrote of her performance as “Stewart is more than merely appealing in this role – she makes Em a fully realized woman and some of the most intricate development results from what the camera observes in Stewart’s eyes.”

Kristen Stewart and her co-star in Twilight Taylor Lautner presented an tribute at the 82nd Academy Awards.

She will next co-star with Amy Manson in the upcoming historical drama film Spencer (2021). She will play the lead roles in two upcoming films Crimes of the Future, and an Untitled film by William S. Burroughs. She is also directing a biographical romance drama The Chronology of Water, which is in its pre-production phase.

The Movie Fanatic named her the Hottest Young Actress in 2008.