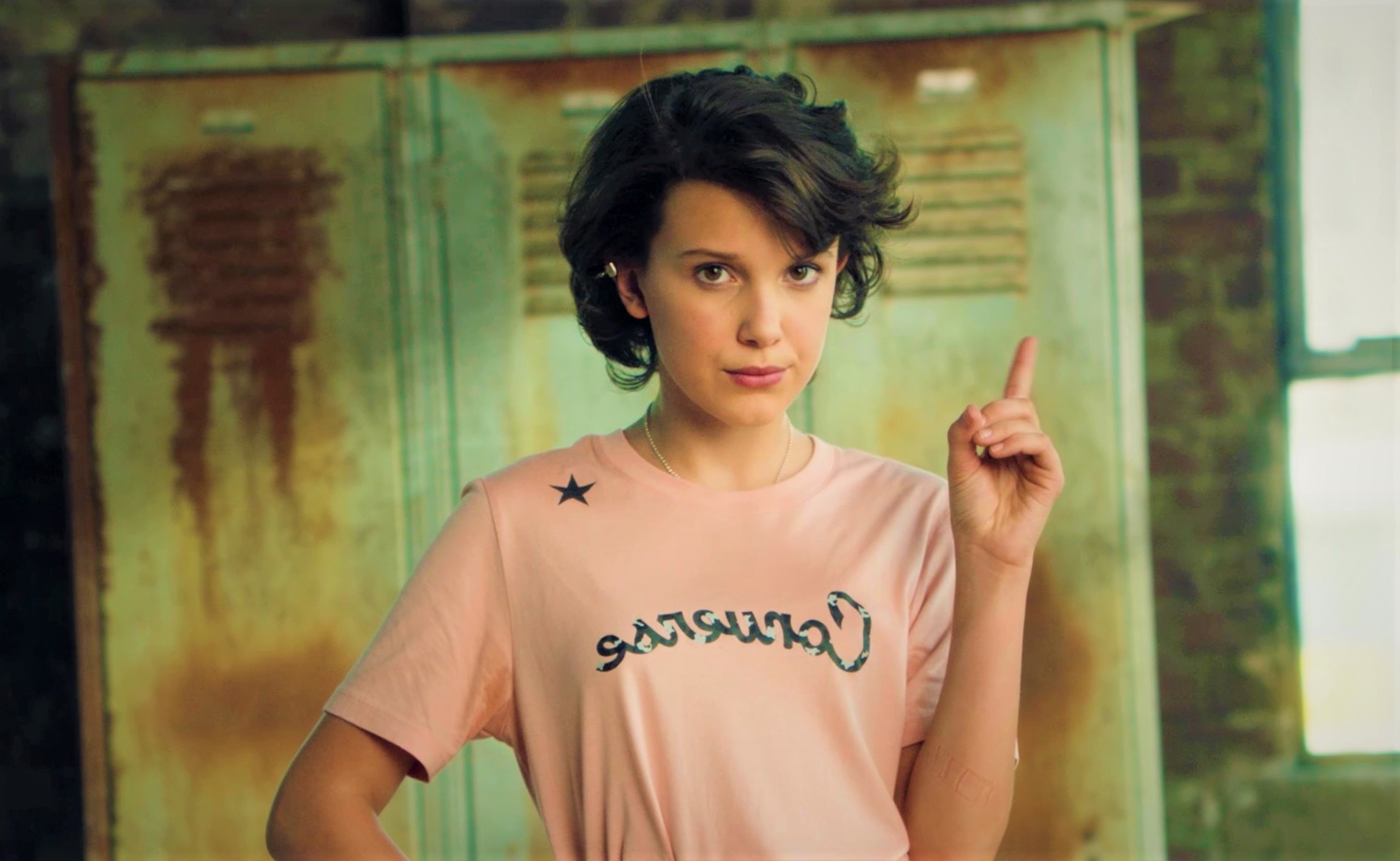 The young, stunning, beautiful and talented English actress Millie Bobby Brown made headlines and became a Netflix sensation for her co-starring role in the world-famous Netflix sci-fi horror mystery drama series Stranger Things (2016-present). She joined the cast of the drama from the first season as a child actress. Millie Bobby Brown has received several awards and nominations for her role in this drama series such as two Screen Actors Guild (SAG) award nominations, two Primetime Emmy award nominations, both in the Outstanding/Best supporting female actor in a drama series. She is one of the youngest persons to receive a SAG award nomination. Time magazine listed her in its ‘Time 100’ list among the most influential people in the world. She is also the youngest person to be appointed as a UNICEF Goodwill Ambassador.

She has a dimple on her right cheek.

Millie Bobby Brown is deaf in one ear.

Millie Bobby Brown is one of the youngest people to appear in Time magazine’s list of ‘100 most influential people in the world, Time 100’.

In 2011, she auditioned for a role in the globally famous HBO drama series Game of Thrones.

She appeared alongside Sam Claflin, Henry Cavill and Helena Bonham Carter in the 2020 mystery film Enola Holms (2020). The film was a critical and commercial success. It holds a 91% rating on Rotten Tomatoes, a 6.6/10 rating on IMDb, and a 68% rating on Metacritic.