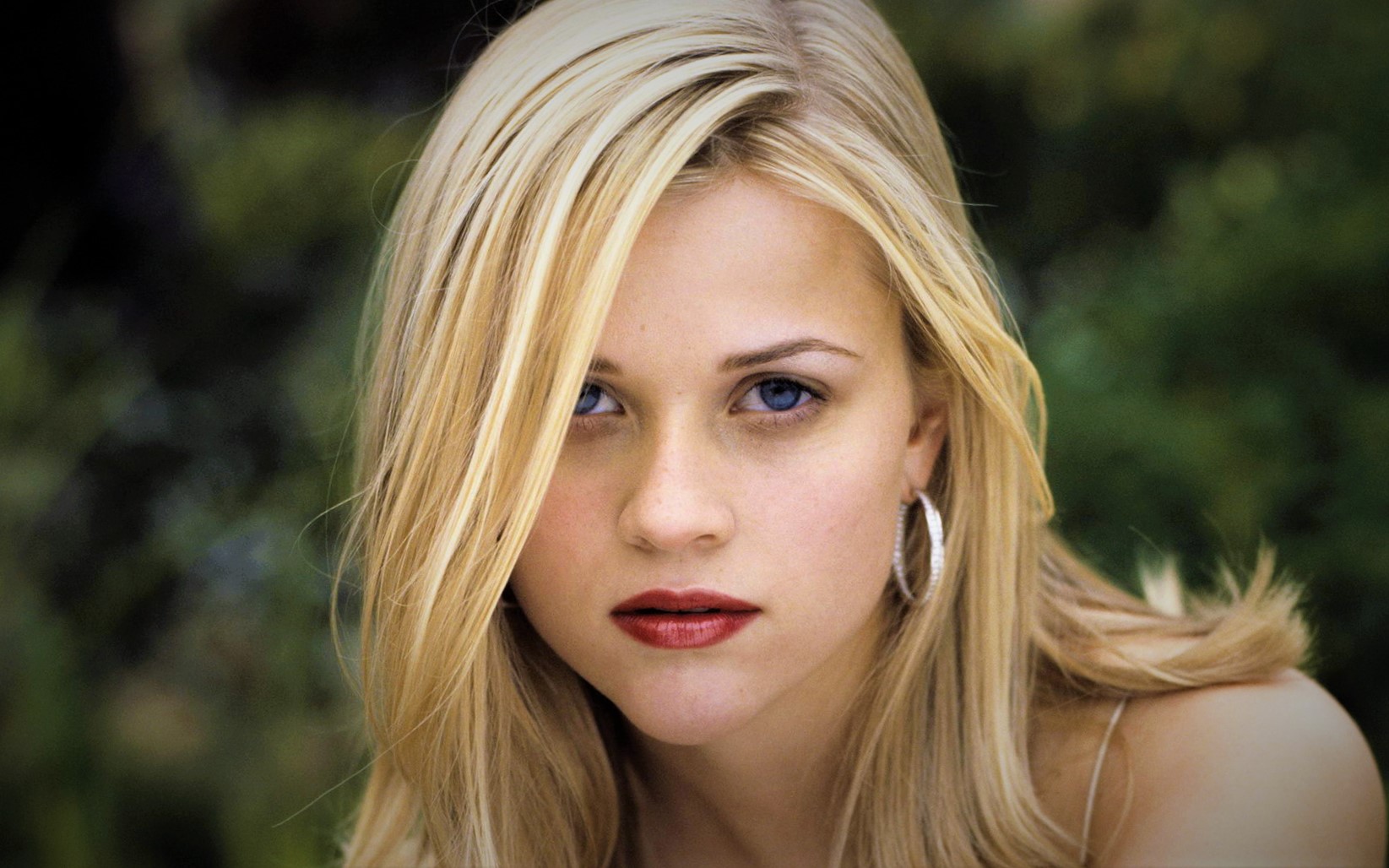 The American actress Reese Witherspoon is one of the highest-paid actresses in the world. She is also a filmmaker, producer, businesswoman, and entrepreneur and is regarded as one of the most beautiful and cutest Hollywood actresses of her generation. Witherspoon has received multiple awards for her performances over the years including an Academy Award, a Primetime Emmy Award, and two Golden Globe awards. Time magazine has included her in its list of 100 Most Influential People in the world two times; in 2006 and in 2015. In 2019, Forbes magazine included her in its list of the World’s 100 Most Powerful Women.

She began her acting career at the age of 15 with her supporting role in the 1991 coming-of-age romance drama The Man in the Moon (1991). In 1996, she had her first lead role in the thriller film Fear, in which she co-starred with Mark Wahlberg. Reese Witherspoon made headlines and got famous in 1999 with her roles as Annette Hargrove (a supporting role) in the teen romance film Cruel Intentions (1999), and as Tracy Flick in the romance-comedy film Election (1999). These two films introduced her as one of the most talented actresses in the business.

In 2001, she became famous all around the world and became an international celebrity with her lead role as Elle Woods in the romantic comedy-drama film Legally Blonde (2001). Witherspoon has been working in the film industry as an actress and a producer for the last three decades and has been a part of many great and blockbuster movies. Some of her most successful movies are; Sweet Home Alabama (2002), Walk the Line (2005), Water for Elephants (2011), Wild (2014), Little Fires Everywhere (2020), and many more.

She was born to John Draper Witherspoon, who served in the U.S Army Reserve, and Betty Witherspoon, who was a professor of nursing at the Vanderbilt University. She was raised in a Southern household and was brought up with a sense of tradition, family, and her parents especially focused to teach her to be aware and conscientious of others’ feelings, and be always responsible, and grateful, and treat others with kindness and politely. This kind of upbringing can be seen in her public appearance and behavior with others. In 1983, Witherspoon was picked as a model to star in a florist’s television commercial. After that, she started taking acting lessons, and at the age of eleven, she receives the first prize in the Ten-State Talent Fair.

Witherspoon went to Harding Academy middle school and graduated from an all-girls Harpeth Hall School located in Nashville. After graduation, she got admission to the Stanford University in an English literature program but quit her studies to pursue her acting career. She was a very popular student and used to be a cheerleader in Harpeth Hall School. She loved reading books and was a very bright student. Witherspoon always scored good marks.

In 1991, Reese Witherspoon went to audition for a minor part in the romance drama film The Man in the Moon (1991). It was an open casting call where Reese performed so well that they gave her a lead role in the film. She played a fourteen (14) years old girl Dani Trant who falls in love with her seventeen (17) years old neighbor. American film critic Roger Ebert praised her performance by saying “Her first kiss is one of the most perfect little scenes I’ve ever seen in a movie.” And The Guardian described her performance as an early impression. She received a Young Artist Award nomination in the Best Young Actress category for this role.

The Man in the Moon (1991) is a very highly-rated film on online film rating websites with its 90% approval rate on Rotten Tomatoes, 7.3/10 rating on IMDb, and 4/5 rating on Common Sense Media.

After that, she made her television debut with her role as Ellie Perkins in the 1991 television drama film Wildflower (1991), and also appeared in the 1992 family-drama television film Desperate Choices: To Save My Child (1992). Witherspoon also appeared in A Far Off Place (1993), Jack the Bear (1993), for which she received a Young Artist Award in the Best Young Actress co-star category. In 1994, she played the lead role of Wendy Pfister in the black-comedy film S.F.W..

Witherspoon co-starred with Mark Wahlberg in the 1996 psychological thriller Fear and co-starred in the black/dark comedy film Freeway (1996). The film was a critical success and Reese Witherspoon received very good reviews for her performance as Vanessa Lutz. Mick LaSalle of San Francisco Chronicle wrote of her performance as “Witherspoon, who does a Texas accent, is dazzling, utterly believable in one extreme situation after the other.” She received a Cognac Police Film Festival award in the Best Actress category which established her as a young talented Hollywood film star.

In this film, she co-starred with Tobey Maguire, Joan Allen, Jeff Daniels, and William H. Macy, and played the lead role of Jennifer, a young sister of the main character of the film. Pleasantville was a critical success. Pleasantville (1998) holds an 85% approval rate on Rotten Tomatoes, a 7.5/10 rating on IMDb, and a 71% rating on Metacritic. Witherspoon received high praises for her performance from critics and from the public, and she received a Young Hollywood Award in the Best Female Breakthrough Performance category. Film’s director Gary Ross praised her performance by saying “she commits to a character so completely and she understands comedy.”

Reese Witherspoon co-starred with Matthew Broderick in the black comedy film Election (1999). She played the lead role of Tracy Enid Flick, an ambitious and smart high school student who is desperate to win her school election. Her performance was loved by critics and the public. For her role as Tracy Flick, she received her first Golden Globe and Independent Spirit Award nominations. And she received a National Society of Film Critics award and Online Film Critics Society award in the Best Actress category. Premiere magazine included her performance in its 100 Greatest Film Performances of All Time list. Election’s director Alexander Payne described her performance as “She’s [Witherspoon] got that quality that men find attractive, while women would like to be her friend. But that’s just the foundation. Nobody else is as funny or brings such charm to things. She can do anything.”

She started having trouble finding more roles because of typecasting. In 2000, she appeared in American Psycho alongside Christian Bale and Willem Dafoe, had a minor role in the comedy film Little Nicky, and made a guest appearance in the comedy series Friends (1994-2004).

In 2001, Reese Witherspoon co-starred with Matthew Davis, Luke Wilson, and Selma Blair in the romance-comedy drama film Legally Blonde. Legally Blonde (2001) proved to be the turning point in her career and introduced her as an international celebrity. Her performance as Elle Woods, a fashion promotor/merchandiser who enrolls in Harvard Law School just to win her boyfriend back, earned her international recognition and wide critical acclaim. For her portrayal of Elle Woods, she received her second Golden Globe nomination in the Best Actress category and an MTV Movie Award in the Best Comedic Performance category.

A lot of critics started calling her the new Meg Ryan. Roger Ebert praised her work by saying “Witherspoon effortlessly animated this material with sunshine and quick wit.” Seattle Post-Intelligencer commented on her performance as “Witherspoon is a talented comedian who can perk up a scene just by marching in full of pep and drive and she powers this modest little comedy almost single-handedly.”

Legally Blonde (2001) was a commercial and critical success. With its budget of $18 million, it grossed over $141 million worldwide. And with its 70% approval rate, it is Witherspoon’s one of the highest-rated films on Rotten Tomatoes.

Reese Witherspoon appeared alongside Joaquin Phoenix in the 2005 biographical musical drama film Walk the Line (2005). In this film, she portrayed the singer Carter Cash and received critical acclaim and public admiration for it. for this role, she learned how to sing for six months with the vocal coach Roger Love. Witherspoon was so nervous about singing on stage and in front of a huge crowd in the film that at one point she asked her lawyer to end/close the contract. She said that she had never sung professionally and it was very challenging for her. Eventually, she learned to sing and performed her own vocals in the film and received very good reviews from the critics for it. Roger Ebert commented on her performance by saying that it added “boundless energy” to the film.

The film Walk the Line (2005) premiered in November 2005 and received very good reviews. It was a huge box office and critical success. It grossed over $187 million worldwide against a budget of $28 million. The film holds an 82% rating on Rotten Tomatoes, a 7.8/10 rating on IMDb, and a 72% rating on Metacritic. The film received several awards and nominations. Reese Witherspoon received an Academy Award, a BAFTA award, a Golden Globe award, and a Screen Actors Guild (SAG) award, all in the Best Actress category.

Reese Witherspoon received her second Academy Award nomination in the Best Actress category with her lead role as Cheryl Strayed in the 2014 biographical-adventure film Wild. The film tells the story of Cheryl Strayed who is committed to complete a 1000-mile Pacific Crest Trail by hiking. The film premiered in December 2014 in the United States to received huge commercial success and critical acclaim. It grossed over $52 million at the box office and received multiple award nominations. Wild (2014) has a rating of an 88% on Rotten Tomatoes, a 7.1/10 on IMDb, and a 76% on Metacritic.

Witherspoon and her co-star Laura Dern received Academy Award nominations for Best Actress and Best Supporting actress. Chicago Tribune’s Michael Phillips wrote in his film review that “Witherspoon does the least acting of her career, and it works. Calmly yet restlessly, she brings to life Strayed’s longings, her states of grief and desire and her wary optimism.” She also received a BAFTA and a Golden Globe nomination in the Best Actress category.

In 2021, she will voice Rosita in the adventure-comedy animation film Sing 2. The film is completed and will premiere on 22 December 2021.

She will star in the third part of the comedy film of Legally Blonde 3, which will premiere in 2022.

Witherspoon will also be part of the films; Wish List and Tinker Bell. Both of these films are announced.

She has natural blue eyes and blonde hair.

At the age of seven (7), she appeared in a TV commercial (1983). She also appeared in local Sunday paper modeling for different tracksuits and other things for kids.

She appeared in People magazine’s list of “25 Most Intriguing People of 2001”.

Witherspoon also appeared in People magazine’s 2002 list of “50 Most Beautiful People in the World”.

People magazine named her the “Favorite Female Film Star” in 2004.

Reese Witherspoon was offered the lead roles in two great horror films; mystery-horror film Scream (1996), and the slasher-horror film Urban Legend (1998). She was also considered for the lead role of Juliet in the 1996 romance film Romeo + Juliet.

After her vocal performance in the film Walk the Line (2005), several companies approached her to record music.

In 2007, Hollywood Reporter named her the highest-paid actress in the Hollywood film industry.

She wanted to play the role of Christine Collins in the 2008 crime-mystery film Changeling, but it eventually went to Angelina Jolie. Witherspoon also went to audition for the role of Rachel Dawes in the 2005 action-fantasy film Batman Begins, but this role went to Katie Holmes.

On September 7, 2011, she was jogging in Santa Monica, California when a car hit her and she was taken to the hospital. She received treatment for minor injuries and was sent home. In that accident, she received a scar on her forehead which she hides with her hair.