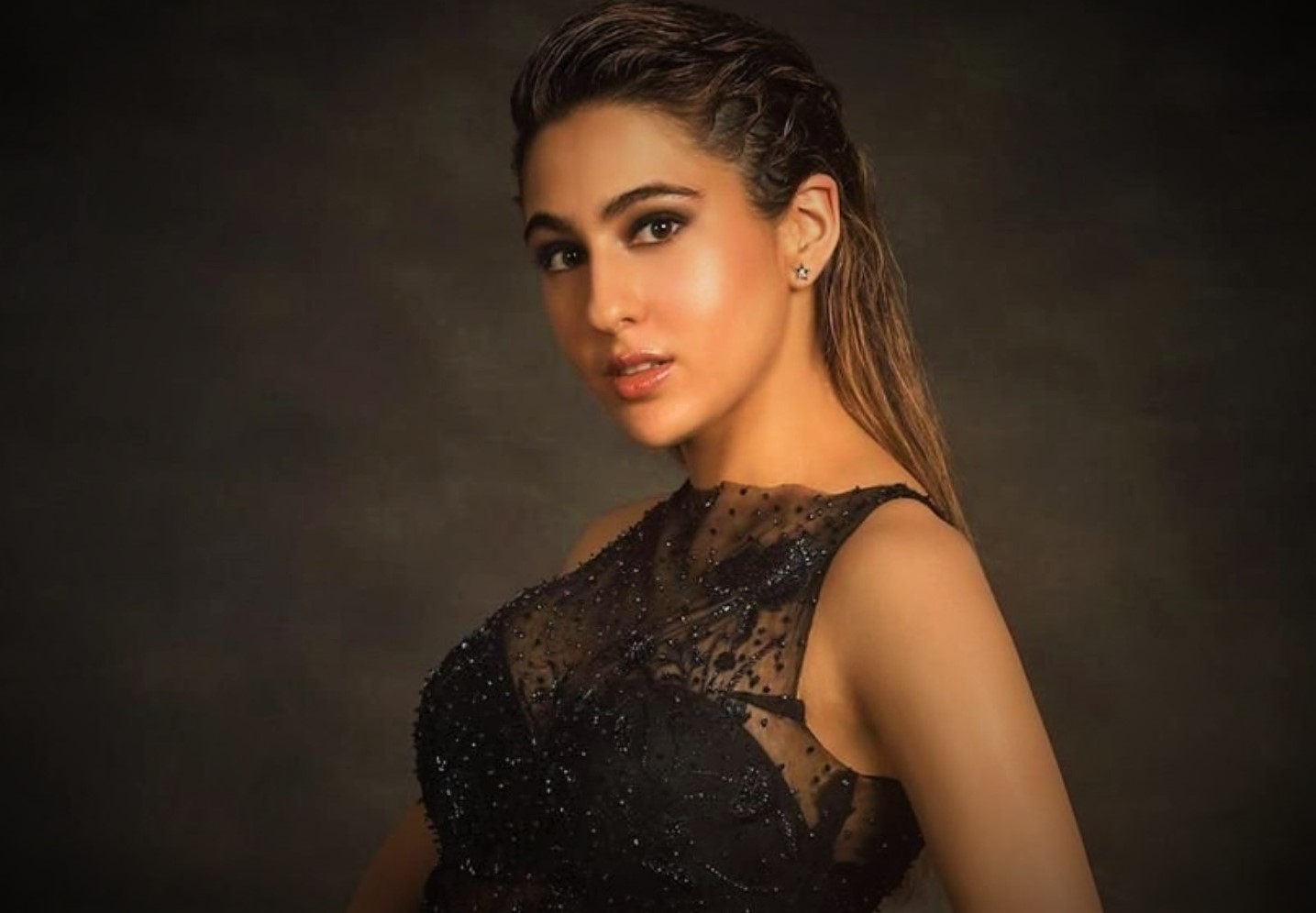 Sara Ali Khan is a Bollywood/Indian actress who is known for her work in Hindi-language films. Khan is one of the top growing and most admired new Bollywood actresses. She belongs to an actor family. Sara Ali Khan is the daughter of renowned Bollywood film star Saif Ali Khan and the actress Amrita Singh. Her grandparents are from her father’s side are Mansoor Ali Khan and the actress Sharmila Tagore. Sara Ali Khan made headlines in the late 2020s with her sexy, hot, and stunning looks. She is well known for her beauty and bold pictures. Khan has appeared on many top celebrity lists including the ‘Celebrity 100’ list by Forbes India.

Sara Ali Khan began her film career in 2018, and already she has received seven (7) award nominations of which she has won six (6) awards including a Filmfare award in the Best Debut Actress category. She is one of the youngest and finest talents in the Bollywood film industry.

Sara Ali Khan was born to the actor Saif Ali Khan and the actress Amrita Singh in Mumbai, India on August 12th, 1995. Her parents are famous and successful Indian actors. Her grandparents, great-grandparents, and many other members of the family used to work or still work in the Indian film/drama industry. She has a younger brother Ibrahim and a half-brother Taimur from her father’s second marriage with the Indian actress Kareena Kapoor. She has a Pashtun and Bengali descent from her father’s side and a Punjabi descent from her mother’s side. Sara belongs to a Muslim family, and she has idolized and admired the Indian actor Salman Khan since she was a child.

Saif Ali Khan has stated that the Indian actress Aishwarya Rai is one of her most favorite actresses and she is the reason she chose an acting career. Sara Khan saw Aishwarya Rai performing on stage during her visit to Chicago, at an early age. Her first-ever acting experience was at the age of four (4) when she appeared in an advertisement. When Sara Khan was nine years old her parents got divorced and her mother received the legal guardianship of Khan and her brother. Initially, Saif Ali Khan was not allowed to visit or see them but they came to an agreement after some time which allowed him to see his children. Saif has described his relationship with his daughter as “more like friends.” Sara Ali Khan and her brother are also in a very close and good relationship with their stepmother Kareena Kapoor and often visit her.

She used to live in New York and studied at the Columbia University, from where she graduated in 2016 with a degree in history and political science. She was a very bright student, so she completed her degree early.

Sara Ali khan struggled with her weight as a teenager. She was really overweight. She adapted a strict schedule and diet and worked really hard to lose weight. Doctors diagnosed her with polycystic ovary syndrome, which causes extreme weight gain. With her hard work and focus, she lost several pounds and achieved her target weight.

Sara Ali Khan made her acting debut with her role as Mandakini “Mukku” in the 2018 romantic-disaster drama film Kedarnath (2018). In this film, she co-starred with the talented Indian actor late Sushant Singh Rajput. For this role, Khan worked really hard and worked on her Hindi vocabulary. Her co-star Sushant helped her in preparation for this role. Though the film received mixed reviews and faced a lot of criticism for its story and content, Khan received very good reviews for her performance.

Mumbai Mirror’s Kunal Guha praised her performance by saying “When her Mukku is angry, hopeful, desperate or coltish, she often conveys it through her eyes alone — giving us a taste of the diverse faces she can throw on.” Kadernath (2018) was a commercial success. Khan received the Filmfare Award in the Best Female Debut category and also received the IIFA Award in the Star Debut of the Year – Female category. Both of these awards are Bollywood’s biggest awards.

Later in 2018, she co-starred with Ranveer Singh in the action-drama film Simmba (2018). Simmba (2018) premiered just a few weeks after the release of Kadernath (2018). Khan had started working in Simmba when the film Kadernath was facing suspension for some reason. Simmba (2018) was a big commercial and moderate critical success. It grossed over $56 million and received moderate ratings on online film rating websites. It has a 5.6/10 rating on IMDb and a 3.5/5 rating on Times of India. Simmba (2018) was the third highest-grossing Hindi film in 2018.

In 2020, Sara Ali Khan appeared opposite Kartik Aaryan in the role of a young troubled woman Zoe Chauhan, in the romance drama by Imtiaz Ali Love Aaj Kal (2020). The film was a commercial and critical failure and received very bad reviews on film rating websites. Khan also received negative reviews for her performance. The critic of Scroll.in, Nandini Ramnath commented on Khan’s performance by stating that “(she) simply doesn’t have the experience or the expertise to play a complex character, and “having a camera shoved into her young face only enlarges her shortcomings.” Love Aaj Kal (2020) proved to be a box office bomb.

Her next appearance was in the Hindi comedy film Coolie No. 1 (2020). In this film, she played the lead role of Sarah Pratap Singh alongside Varun Dhawan. The film was initially set to be theatrically released on May 1, 2020, but due to the global pandemic of Covid-19, it was postponed. Coolie No. 1 (2020) later premiered on Amazon Prime Video on December 25, 2020. Despite it being really funny the film received negative reviews.

Her next appearance will be in Aanand L. Rai’s Hindi romantic drama film Atrangi Re (2021), in which she will co-star with Akshay Kumar and Dhanush. The film will premiere in August 2021.

Khan will also star in the mythological superhero film The Immoral Ashwatthama.

Sara Ali Khan belongs to a family of actors and actresses. Her parents Saif Ali Khan and Amrita Singh are both Bollywood actors. Khan’s grandparents from her father’s side are Mansoor Ali Khan Pataudi, a cricketer and Sharmila Tagore is a former Indian actress. Her step-mother is Kareena Kapoor a successful Indian actress, and her aunt Soha Ali Khan is also an actress.

She belongs to a Muslim family.

She used to suffer from polycystic ovary syndrome which causes weight gain as a teenager. Khan worked very hard to lose weight.

In 2018, she worked in two movies at the same time; Kedarnath and Simmba. Khan joined the cast of Simmba when Kadernath was suspended temporarily. So when the shooting of Kadernath began, the director of Kadernath (2018) Abhishek Kapoor filed a lawsuit against her for signing with SImmba (2018). They settled their issues outside of court. Khan agreed to manage her time to film both films at the same time.

Sara Ali Khan addressed the King of Bollywood Shah Rukh Khan as ‘uncle’ at the red carpet of the Filmfare award. Many SRK fans criticized her for calling him an uncle. Their opinion was that she should call him ‘sir’, and not ‘uncle’.

Khan is brand ambassador for different products such as Fanta, Veet, and Puma.