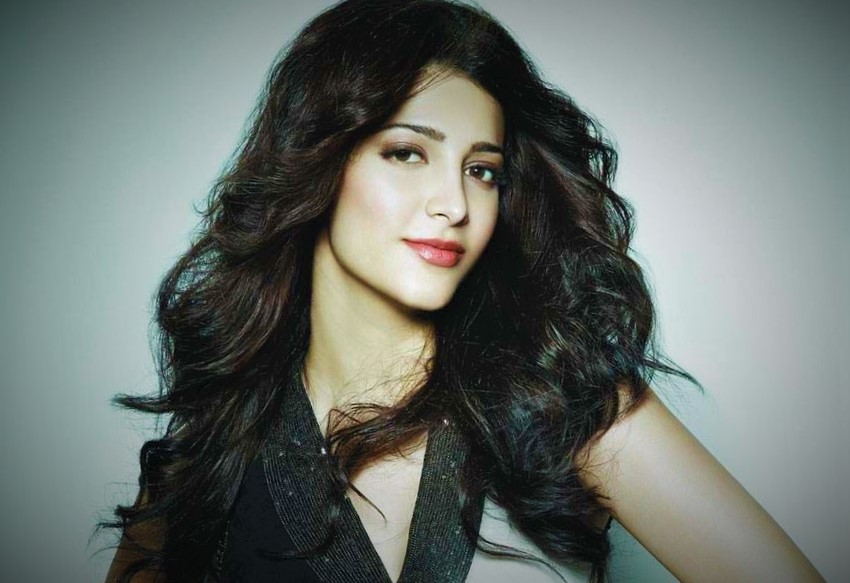 The renowned Indian actress Shruti Haasan is well-known for her acting, singing, and dancing skills. Shruti Haasan mostly works in Hindi films but has also appeared in several Tamil and Telugu films. She is famous for her beauty, hotness, and sexiest looks. Shruti Haasan is the daughter of two renowned Bollywood actors, Sarika Thakur, and Kamal Haasan. She made her film debut with her role as Ayesha/Natasha in the 2009 Hindi action-film Luck (2009) and has appeared in several successful films ever since.

Haasan has received many awards and nominations for her acting and playback singing. She has received two Filmfare awards in the Best Female Debut – South category. Shruti Haasan has introduced/established herself as a promising star in Indian cinema, South Indian cinema, and Telugu and Tamil cinema too. Her most famous and successful roles are; Ayesha in Luck (2009), Siri Chandana in Oh My Friend (2011), Priya in Once Upon a Warrior (2011), Bhagyalakshmi in Gabbar Singh (2012), Shweta in Vedalam (2015), Charuseela in Srimanthudu (2015), Vidhya and Agni in Si3 (2017), Suraiya in D-Day (2013), Sona Singh in Ramaiya Vastavaiya (2013), Shruti in Gabbar is Back (2015), Ranjana Shetty in Welcome Back (2015) and many more.

Shruti Haasan is one of the most beautiful, talented, hottest, and sexiest Indian actresses of her generation. She is very much liked by the male fans for her hot looks.

She is the daughter of two famous Indian actors Sarika and Kamal Haasan.

She studied psychology at St. Andrew’s College in Mumbai.

Shruti did not appear in any film for over nine years after she made a debut as a child actress in 2000.

She is quite a bold actress. Shruti has worn very boldly and revealing dresses in films and songs.

Haasan works as a producer, actress, singer, and musician.

She has won several awards including two Filmfare awards in the Best Female Debut category.

Shruti is a non-vegetarian.

She has five tattoos.

Shruti used a fake name while studying at school, she did not want anyone to know who she was and whose daughter she was. She went by the name Pooja Ramchandran.

She played the role of Siri Chandana in the 2011 romance film Oh My Friend (2011). To play this role she learned the Kuchipudi dance.

When she was six (6) years old, she made her singing debut in her father’s film Thevar Magan (1992).

She made her film debut with her dual roles as Ayesha and Natasha in the 2009 action thriller film Luck in which she co-starred with Sanjay Dutt and Imran Khan.

Shruti Haasan loves to wear all kinds of shoes. She has over one hundred (100) pairs of shoes.

Shruti has had many rumors regarding her dating life. She is rumored to have dated the actor Dhanush, and the cricketer Suresh Raina. She was also rumored to have married her boyfriend Michael Corsale back in 2019.

A stalker attacked Shruti in her Mumbai house back in 2013. She fought him and made him run away. Haasan actually injured him by jamming his hand in the door.

The actress Tamannaah Bhatia kissed and hugged her in public during a function in Chennai.

Her favorite actors are Shah Rukh Khan and Rajinikanth.