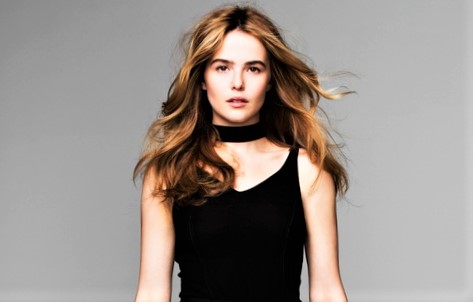 Zoey Deutch is an American actress who gained global mainstream recognition with her roles in Netflix comedy-series production The Politician (2019-present), and the films such as Set it Up (2018), Everybody Wants Some!! (2016) and many more. Zoey Deutch made her acting debut in 2010 with her role as Maya Bennett in the third season of the Disney Channel comedy series The Suite Life of Deck (2008-2011). Thanks to her amazing acting skills and awesome looks, she soon became famous and started getting more roles. Though she made her film debut in 2011, but she appeared in the lead role for the first time in the 2013 romance fantasy film Beautiful Creatures (2013) which also starred Alice Englert, Jeremy Irons, Viola Davis, and Emmy Rossum.

After that, Zoey Deutch kept appearing in supporting or lead roles in films and television series. She gained further recognition and became one of the known Hollywood actresses with her role as Rosemarie ‘Rose’ Hathaway in the fantasy-horror film named Vampire Academy (2014) which also starred Lucy Fry, Cameron Monaghan, Olga Kurylenko, Danila Kozlovsky, and more. For her role in Vampire Academy (2014), she received a Teen Choice Award nomination. Zoey Deutch as a well-known and famous American actress who is famous for her hot looks, sexy body, beautiful face and amazing acting talent. She is also known for her filmmaking productions.

Her religion is Judaism.

She is the daughter of the renowned director, filmmaker and actress Lea Thompson.

Zoey Deutch produced and played the lead role in the 2019 comedy-drama film Buffaloed (2019) which was a successful film and it holds an 80% rating on Rotten Tomatoes.

The best and highest-rated film of Zoey Deutch is Everybody Wants Some (2016) which holds a 6.9/10 rating on IMDb. In this film she co-starred with Glen Powell, Blake Jenner and Tyler Hoechiin. The film was a commercial and critical success.

In 2019, she appeared alongside Jesse Eisenberg, Emma Stone, Woody Harrelson, and Abigail Breslin in Zombieland: Double Tap (2019). The film was a huge commercial and critical success and it introduced Zoey Deutch as a talented and hot young actress.