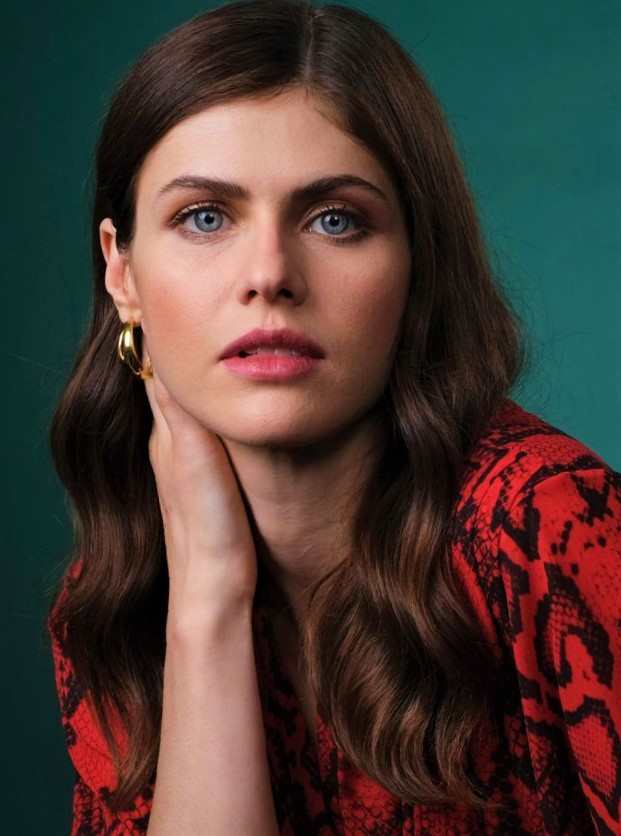 The American actress Alexandra Daddario was born on March 16, 1986, in New York City, U.S. She is well known around the world for her beauty and stunning looks. Although she made her acting debut in 2002, she had her breakthrough in 2010, with her role in the Percy Jackson film series. She starred in the series playing Annabeth Chase for three years (2010-2013. This was the big break for Alexandra Daddario, after that she has played many roles in several successful movies such as Hall Pass (2011), Texas Chainsaw 3D (2013), San Andreas (2015), Baywatch (2017), and We Summon the Darkness (2019). She has also worked in several TV series as a guest star such as It’s Always Sunny in Philadelphia, New Girl, White Collar, True Detective, and American Horror Stroy: Hotel.

Alexandra Daddario’s net worth is estimated to be around $10 million in 2021.

Her full name is Alexandra Anna Daddario, she was born on March 16, 1986, in New York City, to Richard Daddario and Christina. She was the eldest child of the couple. She has two younger siblings, a brother Matthew Daddario and a sister Catharine Daddario. Both her siblings are also actors. Her father Richard Daddario is a former head of the New York City Police Department (NYPD) counter-terrorism unit, and a prosecutor, and her mother Christina, a lawyer. Emilio Q. Daddario, her paternal grandfather, was a Democratic member of the United States House of Representatives for Connecticut from 1959 to 1971. Daddario grew up on the Upper East Side of Manhattan. She went to the Professional Children’s School and Brearley School. She was a student at Marymount Manhattan College before dropping out to focus solely on acting. She has spent years studying Meisner’s acting technique.

She always wanted to be an actress, in an interview she said that she had decided to become an actress when she was only eleven years old. In 2019, during an interview, she said “I always loved storytelling, It was just something I genuinely wanted to do – and I could’ve done anything, really. I did have every opportunity on the planet.”

In 2002, Alexandra Daddario made her television debut at the age of 16 in the ABC daytime drama All My Children, where she portrayed Laurie Lewis, a victimized teenager. After that, she appeared in many TV serials as a guest star such as Law & Order (2004), Law & Order: Criminal Intent (2005), Conviction (2006), The Sopranos (2006), and many more. In 2010, in the fantasy adventure film Percy Jackson & the Olympians: The Lightning Thief, she played Annabeth Chase. This film was her big break into the Hollywood industry, it was the first major role she played in a movie. She also had a recurring appearance in the USA Network’s procedural drama series White Collar as Kate Moreau, Neal Caffrey’s love interest. She also played the role of Allison Miller in the movie Bereavement in 2010. She had a recurring role as Rachel in NBC’s comedy-drama series Parenthood and starred in the comedy film Hall Pass as Paige, in 2011.

Daddario appeared in the music video for Imagine Dragons’ “Radioactive” in 2012, which has over one billion views on YouTube. She played Ruby Taft in an episode of the FX sitcom It’s Always Sunny in Philadelphia as a guest star.

In 2013 she played Heather Miller, the main character in the slasher film Texas Chainsaw 3D, which was her first leading role after Percy Jackson. In August 2013, Daddario returned to her role as Annabeth Chase in the Percy Jackson and the Olympians: Sea of Monsters sequel.

Daddario was cast in the first season of HBO’s anthology series True Detective in January 2013. She played Lisa Tragnetti, a court reporter who had an extramarital affair with one of the main characters, in a four-episode arc. Her scenes, which featured nudity, drew a lot of interest.

She then starred in Burying the Ex, a romantic horror comedy. Burying the Ex premiered as an out-of-competition film at the Venice Film Festival in 2014.

In 2015, She had a lead role as Blake Gaines in the disaster film San Andreas. In San Andreas, she co-starred with Dwayne Johnson and Carla Gugino. The film was released in 3D and 2D worldwide, and it received both positive and negative reviews by critics and the public. San Andreas was a box office success, it grossed over $474 million worldwide. In the same year, she made a cameo appearance in the pilot of The Last Man on Earth, a comedy series by Fox. She also appeared as a fictionalized version of designer Natacha Rambova in an episode of American Horror Story: Hotel. In the short film Faces Without Eyes(2015), she played Iris.

Daddario had a supporting role in Nicholas Sparks’ romantic drama The Choice in 2016. The Choice was directed by Ross Katz. In 2017, she went on to star in the film adaptation of Baywatch as one of the leads. Summer Quinn, who was played by Nicole Eggert in the original television series, was played by Daddario. She also played Kate Jeffries in William H. Macy’s comedy film The Layover (2017). In The Layover (2017), she co-starred with the renowned supermodel Kate Upton.

In 2018, in the film We Have Always Lived in the Castle, a film adaptation of Shirley Jackson’s mystery thriller novel of the same name, she was starred as Constance Blackwood. Daddario starred in the psychological thriller Night Hunter, which had its world premiere on September 28, 2018, at the LA Film Festival.

In 2019, she produced and starred in two films, Can You Keep It a Secret?, a romantic comedy, and We Summon the Darkness, a horror thriller. Can You Keep It a Secret? was based on the novel of the same name which was written by Sophie Kinsella, and was directed by Elise Duran. And We Summon the Darkness was directed by Marc Meyers, and it was written by Alan Trezza.

Daddario voiced Lois Lane in the superhero animated film Superman: Man of Tomorrow in 2020. In the noir film Lost Girls & Love Hotels, she played a leading role. Songbird, the first film shot in Los Angeles during the COVID-19 pandemic, also featured her.

She will play one of the leads in Collin Schiffli’s upcoming romantic-crime film Die in a Gunfight. It’s been described as a modernized version of Shakespeare’s Romeo and Juliet. The story of Die in a Gunfight is written by Gabriel Ferrari and Andrew Barrer. The Rathcarts and the Gibbons are two rival families in the film. When Ben, a rebellious young man, falls in love with Mary, the daughter of his father’s foe, a battle of love, lust, revenge, and betrayal ensues.

She has worked in two video games; in Battlefield Hardline as motion capture and voice of Dune Alpert, and in Marvel Avengers Academy as the voice of Janet van Dyne/ The Wasp.