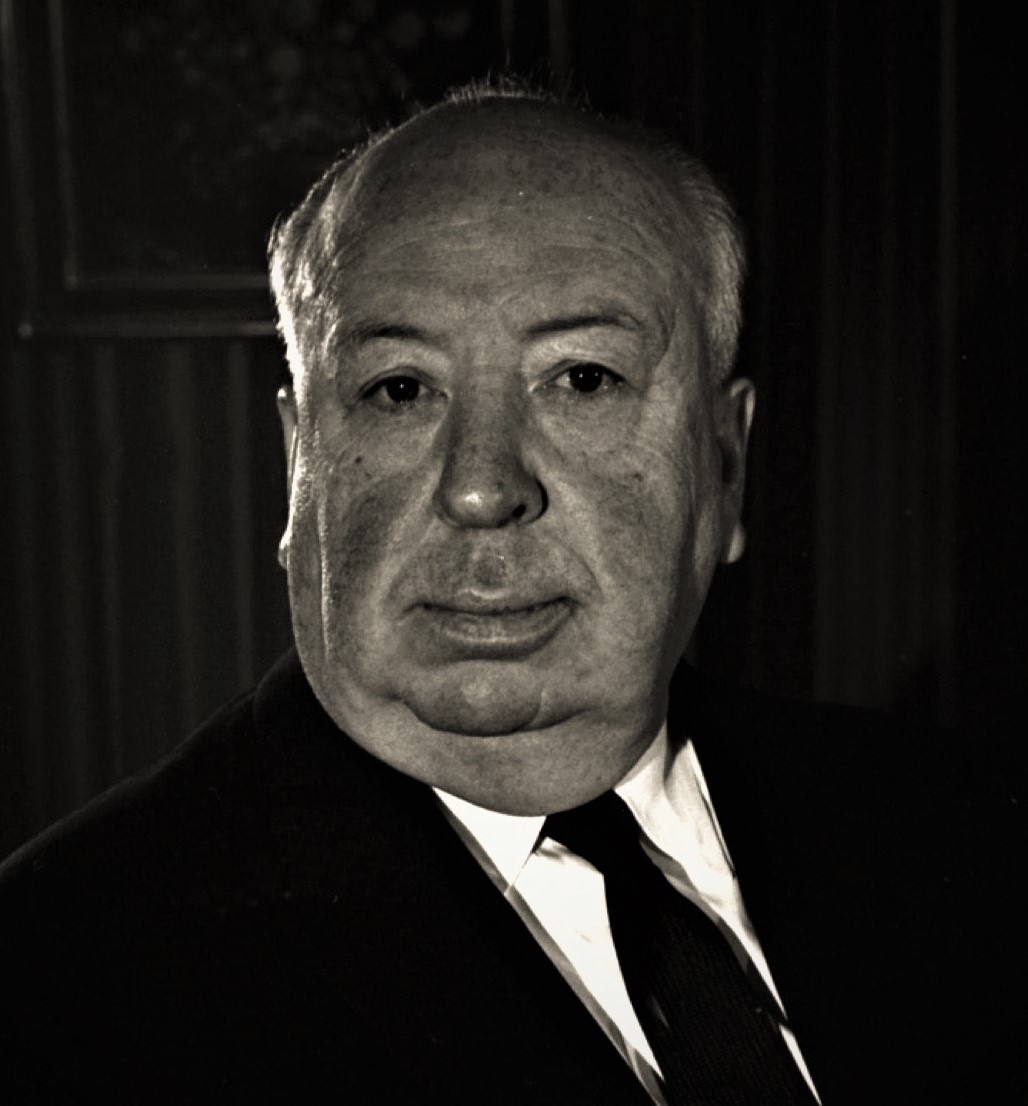 Alfred Joseph Hitchcock. This man needs no introduction when it comes to the cinematic world. Alfred was one of the most, if not the most renowned directors of his time. Not only was he a successful director, but he was also a well-respected producer and screenwriter as well. Alfred was and still is one of the most broadly studied and significant filmmakers in history. He came into this world on the 13th of August 1899, in a small town of London known as Leytonstone.

Over the time period of six decades, Alfred directed over 50 feature films. His storytelling was so unique from his fellow contemporaries that he was given the title as a “Master of Suspense”. Alfred and his work were well known throughout the common public because of his many interviews, his cameo roles in many of his films, and his hosting and producing of the television compilation Alfred Hitchcock Presents (1955-1965). Alfred was married to Alma Lucy Reville (1899-1982) and had a daughter whom they named Patricia Hitchcock. He was a British national but after his pursuit and expand of his career, he moved to The United States of America in 1955

Alfred studied at Salesian college at Battersea and then later began his career as a filmmaker. He started his career as a title card designer after training as a technical clerk and a copywriter for a telegraph cable company in 1919. Five years later, Alfred made his directorial debut in 1925 in a British-German silent film called “The Pleasure Garden”. Though it took him a few years to get recognized, Alfred kept his eye on the prize. In 1927 he launched a film called “The Lodger: A Story of the London Fog”. His first success. This film helped give a better and profound image to the “thriller” genre. Two of his other thrillers “The 39 Steps (1935)” and “The Lady Vanishes (1938)” are ranked amongst the greatest British films of the 20th century. In the year of 1939, Alfred was an internationally recognized filmmaker. David O. Selznick, a film producer persuaded Alfred to move to Hollywood. Here is a list of some of his most successful films:

“I have a feeling that inside you somewhere, there’s somebody nobody knows about”

Alfred achieved several honors and awards throughout his extensive career. Although he was nominated as the Best Director for “Lifeboat”(1944) and “Spellbound”(1945), he never won the best director academy award. Alfred Hitchcock was inducted into the Hollywood walk of fame on February 8, 1960, with not just one but two stars for motion pictures and television stardom. He also won two “golden globes” eight “Laurel Awards” five “lifetime achievement awards” an “AFI life achievement award” and the “BAFTA academy fellowship award”. In December 1979 he was knighted, only four months before he passed away (1980), and left behind a legacy which will carry through generations to come.