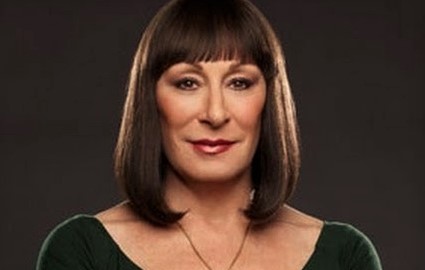 Anjelica Huston is an American actress, producer, author, and director. She also used to do fashion modeling. In her family, Anjelica was the third person to receive an Oscar. Her father John Huston received an Oscar before her and her grandfather Walter Huston received an Oscar before her father. Her father John Huston was an American director and her grandfather Walter Huston was an actor. Anjelica Huston was nominated and received the Academy Award for her performance in Prizzi’s Honor in 1989, she received this award in the category of Best Supporting Actress. Anjelica Huston was also nominated for Oscar for her performance in Enemies: A Love Story (1989) for the best-supporting actress, and she received an Oscar nomination for best actress for her fabulous acting in The Grifters (1990).

Anjelica Huston was born in Santa Monica, California U.S, on July 8th, 1951. Her father John Huston is an actor and director, and her mother’s name is Enrica Soma. Her family is complex because her parents had multiple marriages. She has a family background of actors and directors. She has many relatives who are actors, her own father and grandfather won the academy award in different categories.

In the late 1960s, Anjelica Huston started her movie career, she used to do small roles in her father’s movies. She also did roles in other movies. She wanted to play the role of Juliet in Franco Zeffirelli’s movie Romeo and Juliet but her father wanted her to play a role in his movie A Walk with Love and Death. She did not want to play that role so she had many problems /fights with her father on the set.

Her mother died that very year in a car accident, Anjelica took it very hard and she moved to the U.S and started doing modeling jobs. She worked with well-known photographers such as Richard Avedon and Bob Richardson. In the 1970s along with other models, she became Halston’s(famous fashion designer) most favorite model, and they got the nickname of Halstonettes.

In the early 1980s, Huston started studying acting and decided to become a full-time actor. She became famous for her outstanding performance in Bob Rafelson’s remake of the movie “ The Postman Always Rings Twice” in 1981. In 1985 she played a major role in the movie Prizzi’s Honor along with the famous actor Jack Nicholson. In this movie, she played the role of Maerose, the daughter of a Mafia don. Her portrayal of Maerose was so good that she was awarded an academy award in the Best Supporting Actress category. By winning this award she became the first person in history to have received an Oscar whose father and grandfather also received an Oscar.

She played many small and big roles in other movies after that. She received multiple nominations for her roles in different movies including two Golden Globe nominations.

In 1996 Anjelica Huston directed her first film Bastard Out of Carolina, and in 1999 she directed her second movie Agnes Browne, in which she also starred.

She has been working in the movie industry since 1969, she has acted in many moves and has directed some movies too. She has also worked in Television. She has appeared in many Television drama serials and movies.

She has received many small and big awards nominations and she has won 21 awards in different categories including two Golden Globe Awards and one Academy Award.

In her 2014 book, A Story Lately Told she has revealed that she has had sexual relations with the actor James Fox in her teenage. She also dated the famous Photographer Bob Richardson. She has also dated different famous actors such as Jack Nicholson and Ryan O’Neal.

Anjelica Huston became a model in her teenage, but she left the modeling career when she was 21 years old. Then she moved to New York, where she met Jack Nicholson. They started dating, and they had a years-long relationship, but Anjelica ended it with Nicholson. Anjelica Huston and Jack Nicholson were a famous Hollywood couple, they were seen on and off-screen together, and people loved to see them together. They had a seventeen-years long relationship but in the end, they grew apart and Anjelica left Jack because of his multiple affairs with other women.

Later on, she married a sculptor Robert Graham from California. Anjelica and Jack appeared in several movies together while they were dating; such as Prizzi’s honor, The Postman Always Rings Twice and the Last tycoon, etc.

Anjelica Huston’s Net Worth: Her net worth is estimated to be around $50 million in 2020.