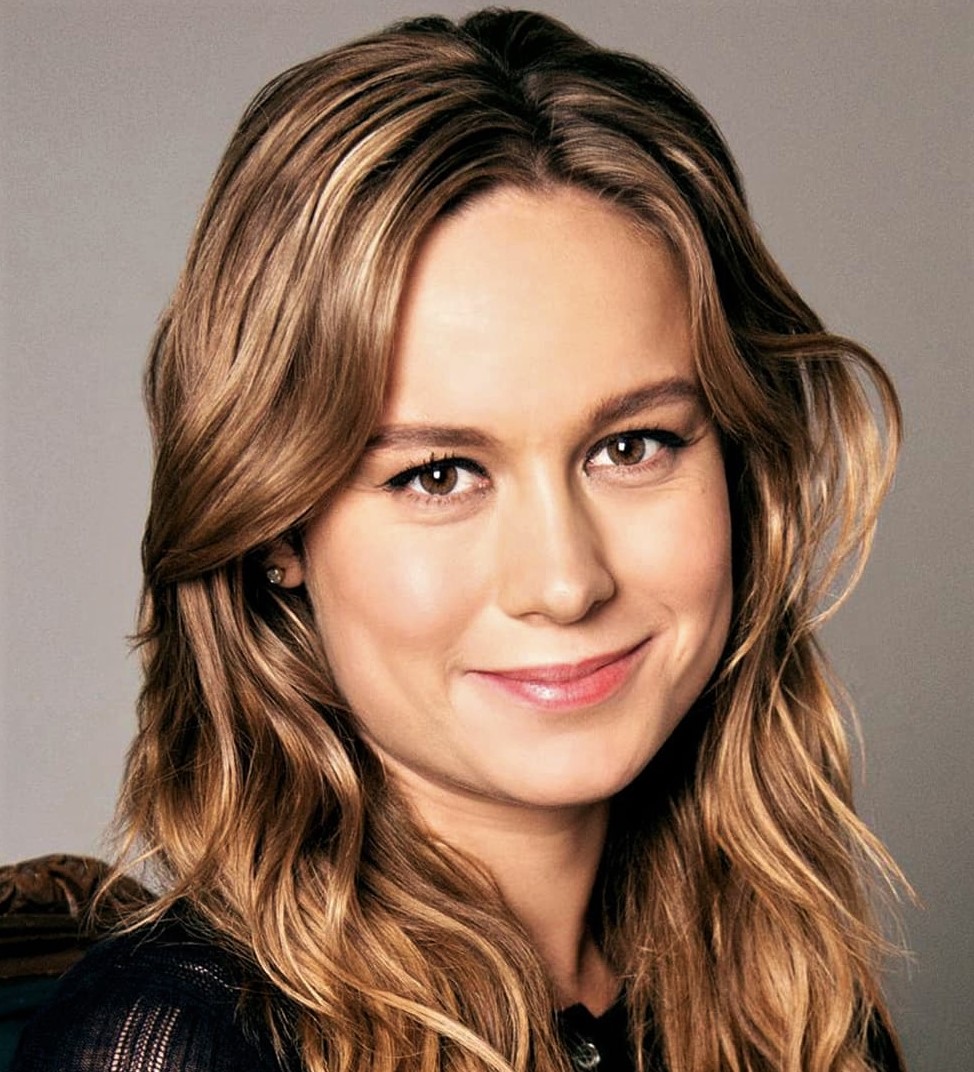 Brie Larson is an American actress, filmmaker, and activist. She has received an Academy Award, a Golden Globe, and a primetime Emmy Award, for her excellent performances. In 2019, she was included in the list of 100 most influential people in the world by Time magazine. Larson is well known for her work as a gender equality activist and as an advocate for sexual assault survivors.

Brianna Sidonie Desaulniers (Brie Larson) was born on October 1st, 1989, in Sacramento, California, the U.S. Her parents, Heather and Sylvain, were homeopathic chiropractors. Her father was French Canadian. Larson spoke French as her first language in her childhood. At an early age, she was homeschooled, which (according to her) allowed her to explore abstract and innovative experiences. She was shy and had social anxiety but she had a close bond with her mother. She would write her own movie in the summer and cast her cousins to play the roles, and she would film it in the garage. She told her parents that she wanted to become an actress when she was only six years old, so she auditioned at the American Conservatory Theater for a training program in San Francisco. She got the admission and became the youngest student in the theater. She changed her last name to “Larson” as it was very difficult to pronounce.

Her parents got divorced when she was only seven years old. After the divorce, her mother moved to Los Angeles with Larson and her sister Milena. Larson was disturbed by her parent’s divorce and experienced trauma. They lived in a one-room apartment near the Hollywood studio lots, they went through a financial crisis, as Larson said that they each had three articles of clothing, but her mother did the best she could for them.

In 1998, in an episode of The Tonight Show with Jay Leno, she played the role of Barbie in a commercial parody of Barbie named “Malibu Mudslide Barbie”, this was her first job. She then made multiple guest appearances in several television series such as Popular and Touched by an Angel. She was cast in Schimmel, a Fox sitcom, which got canceled before it aired because its star Robert Schimmel was diagnosed with cancer.

In 2001 she was cast to play Emily’s character in a WB sitcom Raising Dad. This was her first major role in a television series, which aired for one season. Then she was hired for an ABC sitcom Hope and Faith, but she along with other actors in the sitcom were let go after an unaired pilot. She starred in, Right on Track, a Disney Channel movie in 2003. The movie was based on two sisters, Courtney and Erica Enders, junior drag race stars. In 2004 movies Sleepover and 13 Going on 30, she played minor roles.

Larson also had an interest in music, she learned to play guitar. She wrote her own songs, self-recorded them, and uploaded them on her website. Larson’s song “Invisible Girl” got an airplay on KIIS FM, and as a result of this, she signed a recording deal with Tommy Mottola of Casablanca Records. She released her album Finally Out of P.E in 2005, she co-wrote some of the songs of the album with songwriters. The album did not succeed, as only around 3,500 copies were sold, but she went on tour with Jesse McCartney, mostly performing in mall concerts, she also performed in New York on this tour.

She was cast in a comedy film Hoot in 2006, alongside Cody Linley and Logan Lerman. This film received poor reviews. In the drama Remember the Daze, which starred Amber Heard, Larson played a small role. At that time she was failing as an actress, she could not find work in movies. At one point she even worked as a club DJ as she had no other job. She was heartbroken when she could not get the key roles in the films Thirteen (2003) and Juno (2007).

She starred in a film Tanner Hall, a film about four boarding school girls, in 2009. In the same year, she played the roles of a popular high school girl in the film Just Peck and a scatterbrained cheerleader in the film House Broken. She was cast in a comedy-drama series United States of Tara in 2009. She got the role of a teenage girl Toni Collette. She got critical acclaim for her performance in the series. Her acting was praised by the Alessandra Stanley of The New York Times and Tim Goodman of the San Francisco Chronicle. But the show was canceled in 2011, after airing three seasons.

In 2010, she appeared in the films; Greenberg, a comedy-drama by Noah Baumbach, and Scott Pilgrim vs. the World, a comedy by Edger Wrights. These movies helped her raise her profile. In the 2011 film Rampart, she played an emotionally intense role of a troubled daughter. She was very involved in the character. The director was surprised to see her acting.

She co-wrote and co-directed the short film The Arm with Sarah Ramos and Jessie Ennis in 2012. This film won a special jury prize at the Sundance Film Festival. In the film The Trouble with Bliss, she played a seductive teenager. Later on, she played the role of a high school student named Molly in the film 21 Jump Street. In this film, she co-starred with Jonah Hill and Channing Tatum. This film was Larson’s biggest hit at that point, it grossed over $200 million worldwide. Lawrence played some supporting roles in some movies after that such as; in Don Jon and in The Speculator Now. She also co-wrote and co-directed the short film Weighting (2013), with Dustin Browser.

She played her career’s first leading role in an independent drama Short Term 12, by Destin Cretton.

In 2015, Larson played the role of a young woman named Ma, who bears a child of rape and is held in captivity. The film was mostly shot in a small box-shaped room. Larson kept herself in isolation for a month to play this character correctly. She also met with specialists on sexual abuse and she also learned about how people behave in captivity. She played this part so well that the film received acclaim for her acting. The film was a big success. She won several awards for this role including Academy Award, a Golden Globe, and a BAFTA in the Best Actress category.

She continues to work in the film industry as an actress and a filmmaker. Her net worth is around $25 million as of 2020.