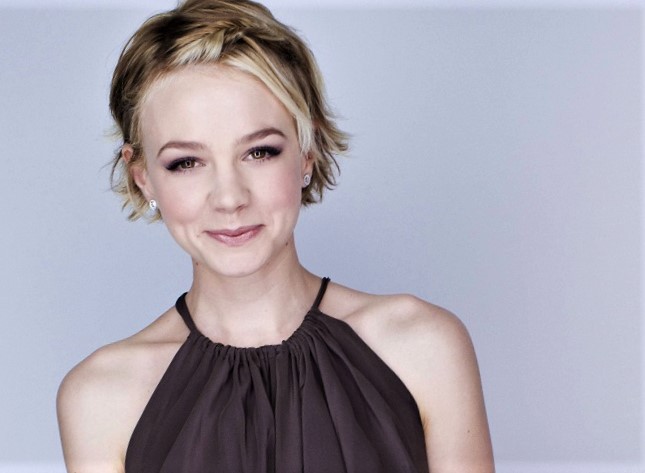 The famous English actress Carey Mulligan, made the headlights with her debut film, Pride and Prejudice, in 2004. Since then she has received many awards and nominations, including a BAFTA award win, and two Golden Globe, two Academy (Oscar), and one Tony Award nomination. In her acting career, she has worked in numerous plays, series, and films. Some of her most admired performances are Pride and Prejudice (2004), Bleak House (2005), An Education (2009), Never Let Me Go (2010), The Great Gatsby (2013), Promising Young Woman (2020), and many more.

Her full name is Carey Hannah Mulligan. She was born in London on May 28, 1985, to Nano and Stephen Mulligan. Stephen Mulligan, a hotel manager, is originally from Liverpool and is of Irish descent. Her mother is from Llandeilo, Wales, and works as a university lecturer. Her parents met in their twenties when both working in a hotel. Mulligan’s father’s job as a hotel manager brought the family to Germany when she was three years old. Mulligan and her brother attended the International School of Düsseldorf while living there. She and her family returned to England when she was eight years old. She attended Woldingham School, an independent school in Surrey, as a teenager.

When she was six years old, she saw her brother perform in a school production of The King and I, which ignited her interest in acting. She begged his teachers to let her be in the play during rehearsals. They allowed her to sing in the chorus. Carey Mulligan was actively interested in theatre as a teen while attending Woldingham School. She was the drama department’s student head there, acting in plays and musicals, leading seminars for younger students, and assisting with productions. She saw Kenneth Branagh in a film by Henry V when she was 16 years old. His success boosted her confidence and confirmed her desire to pursue a career in acting. She penned a letter to Branagh, requesting his guidance.

Mulligan’s parents were against her acting aspirations and wanted her to go to college like her brother. She applied to three London drama schools instead of the universities she was supposed to apply to at the age of 17, but she was not admitted. Julian Fellowes, an actor, and screenwriter gave a lecture at Woldingham School about the making of the film Gosford Park during her senior year. Mulligan spoke with him briefly after the lecture and sought his advice on pursuing an acting career. Fellowes attempted to talk her out of becoming a lawyer by proposing she “marry a lawyer.” She persisted, writing Fellowes a letter in which she claimed that she was serious about acting and that it was her life’s goal.

Mulligan was invited to a dinner hosted by Fellowes’ wife Emma and her husband for young aspiring actors a few weeks later. It facilitated Mulligan’s meeting with a casting assistant, which led to an audition for a part in Pride and Prejudice. She auditioned three times before landing the part of Kitty Bennet. Among acting jobs, she worked as a pub barmaid and an errand-runner for Ealing Studios in her late teens and early twenties.

Mulligan made her stage debut at the Royal Court Theatre in London in the play Forty Winks in 2004. She made her film debut the following year, co-starring with Keira Knightley in Joe Wright’s 2005 adaptation of Jane Austen’s novel Pride & Prejudice. Later that year, she made her television debut as orphan Ada Clare in the BAFTA-winning BBC adaptation of Charles Dickens’s Bleak House.

My Boy Jack, starring Daniel Radcliffe, and another Jane Austen adaptation, Northanger Abbey, starring Felicity Jones, were among her 2007 films. Young Carey Mulligan finished the year by playing Nina alongside Kristin Scott Thomas and Chiwetel Ejiofor in an applauded stage revival of The Seagull. She had to have an appendectomy in the middle of the production, which prevented her from performing for a week. She was nominated for a Drama Desk Award for her first Broadway appearance in the 2008 American transfer of The Seagull but lost to Angela Lansbury for Blithe Spirit.

Mulligan made an appearance in the Doctor Who episode “Blink” in 2007. The episode was unique in that Mulligan’s character was the main character, while the Doctor’s titular character was more of a supporting role. Blink gained critical praise and is widely regarded as one of the show’s best dramatic episodes. Mulligan was awarded Best Female Performance in a Science Fiction Television Episode in 2007 by the Constellation Awards.

Critical Success and Rise to Fame

Her big break came when she was cast in her first leading role as Jenny in the independent film An Education (2009), directed by Danish filmmaker Lone Scherfig and written by Nick Hornby when she was 24 years old. Mulligan’s audition pleased Scherfig the most out of over a hundred actresses who auditioned for the role. She was nominated for an Academy Award, a Screen Actors Guild Award, a Golden Globe Award, a Critics Choice Award, and earned a BAFTA Award for the film and her performance. She was also nominated for the BAFTA Rising Star Award, which is determined by a public vote in the United Kingdom. Entertainment Weekly’s Lisa Schwarzbaum and Variety’s Todd McCarthy both compared her performance to Audrey Hepburn’s.

In 2010, she was invited to join the Academy of Motion Picture Arts and Sciences. The same year, she appeared alongside Keira Knightley and Andrew Garfield in the film adaptation of Kazuo Ishiguro’s acclaimed novel Never Let Me Go. Her success won her a British Independent Award. She also appeared in Oliver Stone’s film Wall Street: Money Never Sleeps in the same year. It was her first major studio project, and it premiered out of competition at the 2010 Cannes Film Festival. Later that year, she contributed vocals to Belle & Sebastian’s song “Write About Love.”

In 2011, Mulligan appeared in two critically acclaimed films. Drive, directed by Nicolas Winding Refn and starring Ryan Gosling, is the first. The second film was Michael Fassbender’s sex-addiction drama Shame, directed by Steve McQueen. Both films were big successes at film festivals. Both Drive and Shame premiered to rave reviews at the 2011 Cannes Film Festival and the 2011 Venice Film Festival, respectively. Mulligan was nominated for her second BAFTA award, this time for Best Supporting Actress, for the film Drive, which earned four BAFTA nominations in total, including Best Picture and Best Director. She earned critical acclaim as well as a nomination for a British Independent Film Award for Best Supporting Actress for her role in Shame.

She played Daisy Buchanan opposite Leonardo DiCaprio in Baz Luhrmann’s The Great Gatsby, which was released in May 2013. In late 2010, Mulligan auditioned for the part of Daisy. Catherine Martin, Baz Luhrmann’s wife, told her she had the part while attending a Vogue fashion dinner in New York City in November. She co-chaired the 2012 Met Ball Gala, which was themed Schiaparelli and Prada: Impossible Conversations, with Anna Wintour in May 2012. She also appeared alongside Oscar Isaac and Justin Timberlake in Joel and Ethan Coen’s black comedy Inside Llewyn Davis in 2013. The film premiered to acclaim at the Cannes Film Festival.

In 2018, she co-starred with Jake Gyllenhaal in Paul Dano’s directorial debut, Wildlife. Dano and Zoe Kazan wrote the screenplay, which is based on Richard Ford’s novel of the same name. Critics praised the film as it premiered at the 71st Cannes Film Festival. “Wildlife’s portrait of a family in distress is wonderfully written by director Paul Dano – and brought brilliantly to life by a career-best performance from Carey Mulligan,” according to the consensus on Rotten Tomatoes. Mulligan was nominated for an Independent Spirit Award for Best Actress for her performance.

Mulligan returned to television with a stoic role as a police inspector in Collateral, a BBC Two limited series that earned acclaim from critics in the United States and the United Kingdom. She thanked showrunner Sir David Hare for integrating her pregnancy into the script so smoothly. Mulligan made her Broadway debut at the Minetta Lane Theatre in the solo show Girls and Boys. Dennis Kelly wrote the script and Lyndsey Turner directed the production. The New York Times praised her performance, calling it “perfection.” Mulligan described being hurt when the curtain was going down while promoting the show on Stephen Colbert’s Late Show with Stephen Colbert. Bradley Cooper, who was in the crowd, went backstage to see her and carried her to the hospital.

Mulligan appeared alongside Bo Burnham and Alison Brie in Emerald Fennell’s black comedy thriller Promising Young Woman in 2020. She also worked as an executive producer on the film, which premiered to critical acclaim at the 2020 Sundance Film Festival. The film has a 92 percent approval rating on the website Rotten Tomatoes, with a critics consensus of “A boldly provocative, timely thriller, Promising Young Woman is an auspicious feature debut for writer-director Emerald Fennell — and a career highlight for Carey Mulligan.” The film’s release has been postponed until December 25, 2020, due to the COVID-19 pandemic.

Mulligan appeared alongside Ralph Fiennes and Lily James in the 2021 film The Dig, which is based on the events of the Sutton Hoo excavation in 1939. On the 15th of January 2021, it was released in limited release in UK cinemas, followed by a Netflix streaming release on the 29th of January 2021.

Mulligan was cast as Leonard Bernstein’s wife Felicia in Bradley Cooper’s second directorial film Maestro, starring Cooper as Bernstein, Mulligan as Bernstein’s wife Felicia Montealegre, and Jeremy Strong as John Gruen. “I was struck by Carey ever since I saw her on stage many years ago, and I haven’t missed a show of hers since,” Cooper said in a statement. I’m fortunate to be working with Carey, who is both a big talent and a great person.” The film will be available for streaming soon.

Mulligan was cast as the lead in Christos Nikou’s English-language debut, Fingernails, in 2021. The film will be produced by Cate Blanchett‘s production company, Dirty Films.