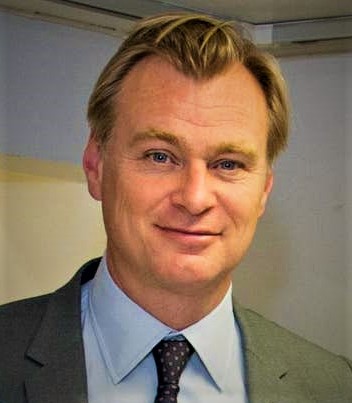 Who Is Christopher Nolan?

Nolan is best known for his intellectual, often nonlinear, storytelling, acclaimed writer. Director Christopher Nolan was born on July 30, 1970, in London, England. Over the course of 15 years of filmmaking, Nolan has gone from low-budget independent films to working on some of the biggest blockbusters ever made.

At the age of 7, Nolan started working on short movies with his father’s Super-8 camera (A Super 8mm camera is a motion picture camera specifically made to use the Super 8mm motion picture format. Super 8mm film cameras were first manufactured in 1965 by Kodak for their newly introduced amateur film format, which replaced the Standard 8 mm film format). While studying English Literature at University College London, he shot 16-millimeter films at U.C.L.’s film society, where he acquired revolutionary skills he would later use to make his first feature film, Following (1998), on a budget of around $6,000. The film was recognized and appreciated at a number of international film festivals prior to its theatrical release and gained Nolan enough credibility that he was able to gather enough budget for his next film.

Nolan’s second film was Memento (2000), which he directed from his own screenplay based on a short story by his brother Jonathan. Starring Guy Pearce, the film brought Nolan numerous honors, including Academy Award and Golden Globe Award nominations for Best Original Screenplay. Nolan went on to direct the critically acclaimed psychological thriller, Insomnia (2002), starring Al Pacino, Robin Williams, and Hilary Swank. The film was not only a big hit but it portrayed how Nolan directed and will direct movies in the future. The twisted direction that led people to think about the movie for hours is the artistic way of Nolan’s storytelling.

Christopher Nolan received attention for his early films, Following (1998) and Memento (2000). After directing Insomnia, Nolan’s next film was Batman Begins, a re-launch of the comic-book franchise that became a worldwide hit. The film’s sequel, The Dark Knight, broke box office records, and Nolan’s sci-fi thriller, Inception, became another blockbuster two years later. In 2012, he produced the third film of his Batman saga, The Dark Knight Rises. Nolan followed with the space odyssey Interstellar in 2014 and the World War II film Dunkirk in 2017.

Christopher Nolan started creating films as a child, making his first short at the age of 7. His mother was from the US while his father was from the UK, so, Nolan traveled between Chicago and London while growing up — and eventually went on to attend University College London, where he studied English literature and joined the school’s film society. He made short movies like Tarantula, Doodlebug, and Larceny before releasing big-budget films.

Nolan has dual citizenship within the United States and Great Britain. He is married to Emma Thomas, who has worked as a producer on all of his feature films. The couple has four children. Nolan’s nickname is Chris and his star sign is Leo.

Nolan’s major film debut, Following, was a black-and-white, a small-budget effort about a lonely writer who is obsessed with following strangers and then partners with a thief. The film’s natural direction and non-linear way of storytelling helped Nolan gather ideas for his next film that was “Memento”. The film starred Guy Pearce as a man with dementia who relied on pictures and notes to remember what was forgotten and was seeking revenge. Nolan directed the film and the story was written by his brother Jonathan Nolan and the film eventually received two Oscar nominations for its editing and screenplay.

Nolan continued presenting psychological thrillers with the remake Insomnia, starring Al Pacino as a police officer in Alaska handling a murder investigation while contending with lingering guilt. The director took things to the next level when he decided to make a movie on the comic character Batman with his film in 2005 “Batman Begins” starring Christian Bale as Batman and Liam Neeson as Ra’s al Gul. The movie went on to earn more than $372 million worldwide. Nolan next released 2006’s The Prestige, a well-received story about dueling magicians starring Bale, Hugh Jackman, and Scarlett Johansson.

“Every film should have its own world, a logic and feel to it that expands beyond the exact image that the audience is seeing“

‘The Dark Knight‘ and ‘Inception’

In July 2008, Nolan’s Batman sequel, The Dark Knight, opened and set the record as having the highest weekend gross in the United States, at $158 million; Knight went on to become one of the top five highest-grossing films in America. While the production also received an avalanche of acclaim, including several Oscar and Golden Globe nominations, sadness marked the proceedings. Heath Ledger, who starred as the villain the Joker, died from an accidental prescription drug overdose before the film was released. Ledger won a Golden Globe and Oscar retrospectively for his work, and Nolan accepted the Globe award on Ledger’s behalf.

Two seasons later, Nolan returned back with Inception, starring Leonardo DiCaprio as the leader of a group of dream-traveling mercenaries. The film was another critically applauded blockbuster for the director and won four Academy Awards for its technical wizardry. Nolan followed Inception with the third blockbuster film in the Batman franchise, 2012’s The Dark Knight Rises, this time starring Anne Hathaway as Catwoman and Marion Cotillard (who was also in Inception) as Miranda Tate.

Nolan himself was the screenwriter for “Following” and “Inception” except Insomnia, he has shared writing credits for his other films with Jonathan Nolan, among others.

In the fall of 2014, Nolan returned to the big screen with Interstellar, a nearly three-hour sci-fi epic that follows the journey of a team of astronauts seeking a new world for the populations of a besieged Earth. The movie was not only a big hit but Nolan decided to make a movie with almost no CGI in it, so technically, everything in it was originally made from scratch to make the movie look as original as possible. The visually eye-catching, the existential film stars Matthew McConaughey, Hathaway, and Jessica Chastain played their characters stunningly.

In 2017, the acclaimed director brought another epic to the big screen, the World War II film Dunkirk. Built around three storylines offering different perspectives on a dramatic turn of events in 1940, Dunkirk earned mostly rave reviews for its portrayals of the tensions and terrors of war, picking up Golden Globe nominations for Best Motion Picture – Drama and Best Director, as well as an Academy Award nod for Best Director. Even though Dunkirk received hate for twisting facts about the movie, people still liked every bit of the way it was created. The “TikTok” sound of Nolan’s clock kept ticking throughout the movie except for the last four minutes really made people think about what the next scene is going to be about.

Nolan’s movies are known for their intellectualism, psychological depth, and unorthodox storytelling. Both Following and Memento had non-chronological narrative structures, with Memento receiving much of its attention for unfolding episodically in backward time. And Inception has stories that exist within other stories, as the characters explore the realm of a person’s highly layered unconscious mind.

The director’s work has also focused on male protagonists who try to come to grips with their past while working through complex challenges of the present day. Women in his films have been written as allies, heroes, and/or romantic interests, some of whom become casualties as well.

Nolan fills bright artistic feelings into his films that are placed as mainstream entertainment, as seen with the imagery and cinematic choices that abound in the Batman series, Inception and Interstellar, with scenes resembling surreal paintings given life. Nolan’s choices have significantly influenced filmmaking, proving that complexity can exist in the commercial.