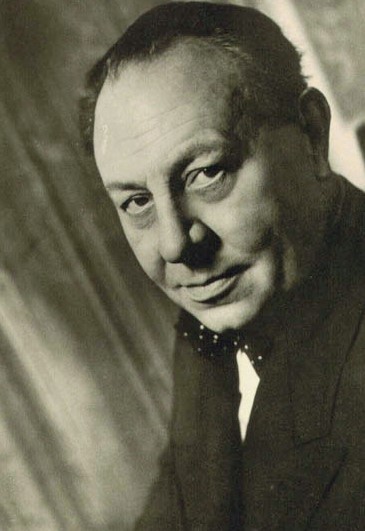 Emil Jannings was the first-ever person to receive the Academy Award in the Best Actor Category. The first Oscar/the Academy Awards were held on May 16th, 1929 at the Hollywood Roosevelt Hotel, Los Angeles, California. Emil Jannings received the best actor award for his roles in two movies; The Way of Flesh(1927) and The Last Command(1928).

Emil’s full name was Theodor Friedrich Emil Janenz. He was born on July 23rd,1884 in Rorschach, Switzerland. His father was Emil Janenz who was an American businessman from St. Louis and his mother was Margarethe who was a German woman. Jannings also was a German citizen. Jannings left his school and joined the town state theater as a trainee, where he started his stage career. In the 1900s and early 1910s, he worked in several theater companies across Germany. In 1918 Jannings played the role of Judge Adam in Kleist’s Broken Jug, and he got famous for this role.

He was a popular German actor in Hollywood in the 1920s. He in fact is the only German actor to have received the Academy Award for best actor.

Jannings worked with F.W Marnau and Joseph Von Sternberg in the 1920s and his work with them is well known and regarded as his best work. He also worked with Marlene Dietrich in 1930s The Blue Angel. This was his first appearance in the new medium of “sound film”. Later on, Jannings appeared/worked in some Nazi Propaganda films, which made it difficult if not impossible to get work as an actor after the Third Reich ended.

Jannings was a theater actor who joined the film industry in the silent era when there were not many possibilities for theater actors. He signed a contract with UFA production company, he then appeared in several movies such as Die Augen der Mumie Ma(The Eyes of the Mummy, 1918), Madame Dubarry(1919), Othello(1922), and The Last Laugh(1924). He played prominent roles in all these movies. He played the title characters in Marnau’s two other films; in Tartuffe(1925) as Herr Tartuffe and in Faust(1926) as Mephistopheles.

His fame and popularity got him an agreement with Paramount Pictures and he started his career in Hollywood. His first Hollywood film was The Way of Flesh(1927), which was directed by Victor Fleming. In 1928 he worked with Joseph Von Sternberg in his film The Last Command. Jannings received an Academy Award for Best Acting in 1929 for his extra-ordinary performance in both these films. He also worked in Sternberg’s 1928 film Street of Sin, but he had some issues with the director on his acting style in front of the camera.

Jannings had a thick German accent, which was difficult to understand, which was a big problem for him and the movie directors. In fact his film The Patriot(1928), his dialogues were dubbed by another actor to which he opposed and made the directors to restore his own voice. He returned to Europe and starred in the film The Blue Angel(1930), this movie was filmed in English and in German version simultaneously.

Emil Jannings was posthumously honored with a star on the Hollywood Walk of Fame in 1960, for his contribution to motion pictures.

Jannings moved to Germany and worked in the service of Nazi Cinema. In the Third Reich, he worked in several films that promoted Nazism.

Later on, Jannings moved to Austria and became an Austrian Citizen in 1947. He died from liver cancer, in 1950 at the age of 65. He is buried in the St. Wolfgang cemetery.