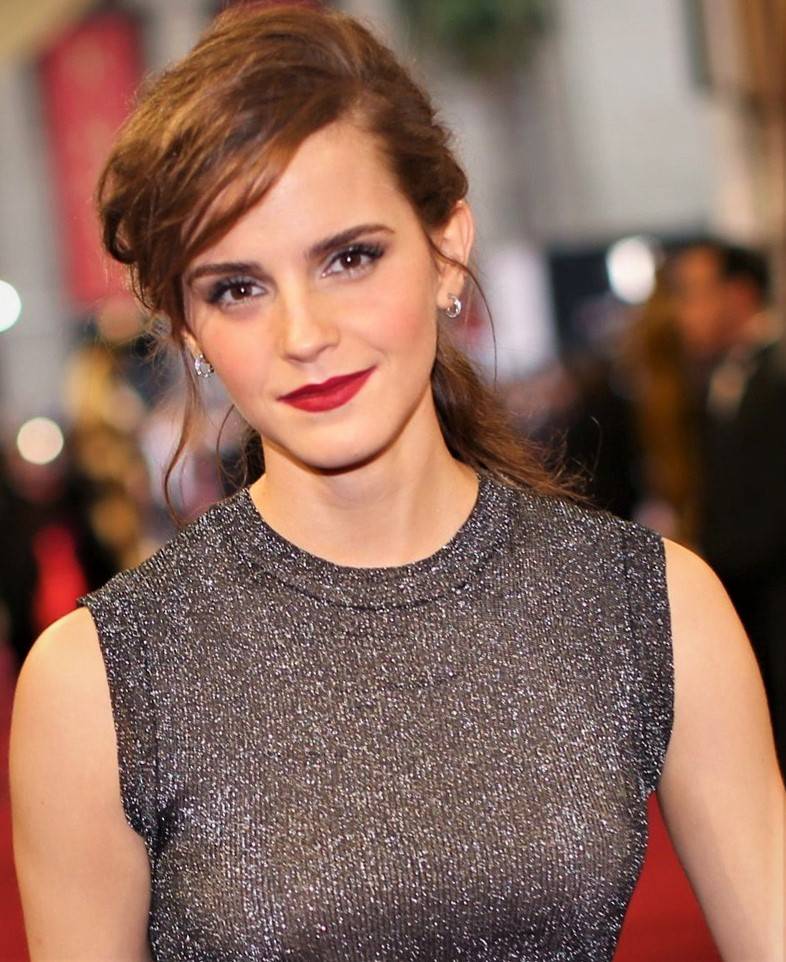 The English actress, activist, and model Emma Watson is well-known around the world for her independent, and blockbuster films. She made headlines in her debut film Harry Potter, as a child actress. She won the Young Artist award in the Best Performance in a Feature Film – Leading Young Actress category for her debut role in this film. In 2015 the Time magazine included her in its list of 100 most influential people in the world. Vanity Fair and Forbes listed her among the highest-paid actresses in 2017. Emma Watson is also well-known for her women’s rights works. She is an outspoken feminist and has traveled around the world to speak for women’s rights. She was named the UN Women Goodwill Ambassador by the United Nations in July 2014.

Emma Watson began her acting career in 2001 in Harry Potter and the Philosopher’s Stone and reprised her role as Hermione Granger in seven parts of this film. For her role in the Harry Potter series, she has received several award nominations and has won many major and minor awards. She has been one of the most liked stars of the Harry Potter series and has been praised by the critics and public for her role. She has worked in many other amazing movies such as My Week with Marilyn (2011), The Perks of Being a Wallflower (2012), The Bling Ring (2013), Colonia (2015), Regression (2015), Beauty and the Beast (2017), and the Oscar-nominated film Little Women (2019).

Emma Watson has also appeared in two television productions, Ballet Shoes (2007), a television film, and The Vicar of Dibley (2015), a British sitcom. In 2010, she appeared in a song called “Say You Don’t Want It”, by the British rock band One Night Only.

Her full name is Emma Charlotte Duerre Watson. She was born in Paris, on April 15, 1990. Her parents Chris Watson and Jacqueline Luesby were English Lawyers. Until the age of five, they lived near Paris in Maisons-Laffitte. She moved to Oxfordshire with her mother after her parents got divorced, although where she lived with her mother and brother. She wanted to become an actress from an early age, so she also went to Stagecoach Theater Arts, and studied acting, dancing, and singing. Stagecoach Theater Arts was a part-time theater school in Oxford.

By the age of 10, she had already performed in school plays and Stagecoach productions, such as Arthur: The Young Years, and The Happy Prince. She then left the Dragon School got admission to Headington School in Oxford. In her early role as Hermione Granger, she along with her cast members was taught and instructed on how to act. She took the General Certificate of Secondary Education (GCSE) examination in 2006 and scored eight A* and two A grades. She then tried her luck in four AS levels in Art, English, History, and Geography, in 2007. In 2008, she dropped Geography, and pursued A levels in other three, and ultimately scored an A grade in each subject.

She had a lot of problems pursuing her education and attending school as she was one of the leads in the Harry Potter series (2001-2011), and had schedule problems. She had to take a year gap after secondary school in 2009, to film the last two parts of the series. Though she left the school she stated that she intended to continue her studies. Eventually, she got admission to Brown University in Providence, Rhode Island. Then she took two semesters off again in 2011. Although she attended the Visiting Students Programme (2011-12), at the Worcester College, Oxford. In May 2014, she graduated with a bachelor’s degree in English Literature from the Brown University.

Harry Potter and the Philosopher’s Stone was released in November 2011. Upon its release the film was a major hit, it broke the records for opening weekend and opening-day sales. The film was a major box office success. It was the highest-grossing film of 2001, also became the second-highest-grossing film, at the time. With its budget of $125 million, it grossed over $1.002 billion worldwide. The film won and was nominated for many awards, including three Academy Awards nominations in the Best Original Score, Best Costume Design, and Best Art Design.

Harry Potter and the Philosopher’s Stone was a critical success too, and Emma Watson’s performance as Hermione Granger was praised by the critics. The Daily Telegraph wrote of Watson’s performance as “admirable”, and “She stole the show”, as described by IGN. Emma Watson received five award nominations for her role, of which she won the Young Artist Award in the Leading Young Actress category.

In 2002, Emma Watson reprised her role as Hermione in the second part of the Harry Potter series, Harry Potter and the Chamber of Secrects (2002), which was also a very successful movie. The critics praised the performance by the lead actors, with the Los Angeles Times saying that Watson and her co-stars have matured between the two parts of the series. The director of the film Chris Columbus received criticism from The Times for “under-employing” Watson’s famous, and loved character. The German magazine Bravo awarded Watson with an Otto Award for her performance.

The third part of the series, Harry Potter and the Prisoner of Azkaban premiered in 2004, which introduced Emma Watson as the ‘talented young actress’ to the world and made her famous. This film was also a great success. This part of the series was the lowest-grossing part, but Watson received very positive reviews and won Total Film’s Child Performance of the Year award, and two Otto Awards.

In 2005, the fourth part of the series, Harry Potter and the Goblet of Fire was released in the United States, which gave a new level of fame and success to the film series. The film was very well-received by the critics and the public. It was the most successful Harry Potter film. Watson’s performance was again praised by all. The New York Times wrote of her performance as “touchingly earnest”, and The Guardian’s Peter Bradshaw described her performance as “Watson’s gutsy, confident performance nicely shows that inside and outside the world of magic there is a growing discrepancy between a teenage girl’s status and her accelerating emotional and intellectual development.” Watson was nominated for three awards for her performance, of which she won a bronze Otto Award.

Harry Potter and the Order of the Phoenix, the fifth part of the film premiered in 2007. This film was also a commercial and critical success. The critics again loved the performance by Watson. She won the National Movie Award in the Best Female Performance category, and she also received other award nominations.

Although Watson and her co-stars were hesitant to sign play the roles in the next three parts of the film, as it required them to work in the series for the next four years, but eventually they decide to sign on. While talking about this decision Watson said that she could not let the role of Hermione go.

Emma Watson played one of the lead roles in all Harry Potter films and has received a lot of praise from the public, positive reviews from the critics, and several awards and nominations.

Emma Watson has appeared in many other movies in major and minor roles and has been one of the most sensational and most admired Hollywood actresses for her beauty and talent.

In 2007, she starred in the television film Ballet Shoes, which was based on Noel Streatfield’s 1936 novel of the same name. In this film, she played the lead role of Pauline Fossil. Her performance was praised along with her co-stars.

The Perks of Being a Wallflower is an American drama film, which premiered in September 2012. In this film, Watson co-starred with Logan Lerman, Ezra Miller, Mae Whitman, Kate Walsh, and others. The film received very good reviews. The performances by Watson, Lerman, and Miller were especially pointed out to be the best in the movie. The film received several award nominations.

The musical romantic fantasy Beauty and the Beast is an American film which starred Emma Watson and Dan Stevens in the lead roles, Watson played the role of Belle. It was released in March 2017 and was a commercial success. With its budget of $160-255 million, it grossed over $1.264 million worldwide and became the highest-grossing live-action musical film. It generally received good reviews. It received many awards and nominations.

In the same year, Emma Watson co-starred with Tom Hanks in the American techno-thriller film The Circle (2017). Although the film received very bad reviews it grossed over $40 million against its budget of $18 million.

In 2019, she co-starred with Saoirse Ronan, Florence Pugh, Laura Dern, Meryle Streep, and others, in Greta Gerwig’s coming-of-age drama film Little Women. The film was based on an 1868 novel of the same name. In this film, she played one of the lead roles of Margaret “Meg” March. Little Women was released in December 2019. It was a critically and commercially successful film. It grossed over $218 million worldwide. And received many awards, and nominations, including Academy, Golden Globe, and BAFTA nominations and wins. Watson’s performance as Meg was praised by the critics.

Emma Watson also appeared in a music video of the song “Say You Don’t Want It” by One Night Only.