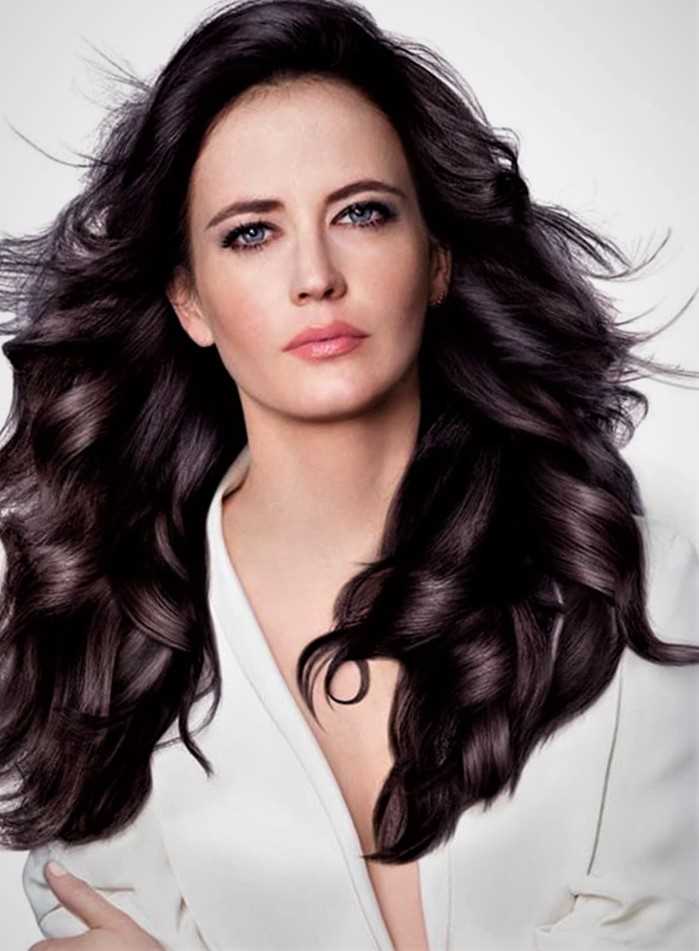 The French actress Eva Green was born in July 1980. She is a well-known French model and actress. At the beginning of her career she used to perform in theater, then she moved to movies, and made her film debut in the 2003 film by Bernardo Bertolucci, The Dreamers. In 2005, her performance as Sibylla, Queen of Jerusalem in Ridley Scott’s historical epic Kingdom of Heaven earned her international acclaim. In 2006, in the James Bond film Casino Royale, she played Bond girl Vesper Lynd and received a BAFTA award in BAFTA Rising Star category.

She made her acting debut in 2001 and continues to work in the industry. She has been in several blockbuster movies and has played some phenomenal characters. She has also been part of some television drama series. For her performance as Vanessa Ives in the television series Penny Dreadful (2014-16), she was nominated for a Golden Globe award in the Best Actress in a Television Series-Drama category.

Her full name is Eva Gaelle Green. Eva and her twin sister Joy were born on July 9, 1980, in Paris, France. Her father Dr. Walter Green was a dental surgeon and a part-time actor, and her mother Marlene Jobert was an author and an actress. Her father is Breton and Swedish, and she is the great-granddaughter of composer Paul Le Flem through him. Her mother Marlene Jobert was of Algerian-Jewish descent, so Eva Green is a Jew, but she describes herself as “a secular Jew who never attended a synagogue as a girl.” She was born with dark blonde hair and has dyed it brown since she was 15 years old. She is the maternal first cousin of singer Elsa Lunghini and actress Joséphine Jobert, as well as the niece of actress Marika Green.

Eva Green was born and raised in France, where she attended the American University of Paris, an English-language university. Growing up, she spent her time in London and Ireland. She was quiet in school and became interested in Egyptology after visiting the Louvre at the age of seven. Green wanted to become an actress at the age of 14 after seeing Isabelle Adjani in The Story of Adele H. Green continued her studies at the St. Paul Drama School in Paris and attended the Webber Douglas Academy of Dramatic Art in London for an acting course. She then returned to Paris, where she appeared in a number of plays. Green said she “only selected the very evil roles” in drama school because “it’s a perfect way to deal with your everyday emotions.”

Green made her film debut in 2002 when she was cast as Isabelle in The Dreamers(2003) by director Bernardo Bertolucci, which featured extensive full-frontal nudity and explicit sex scenes. Her agent and parents pleaded with her not to accept the part because of the nude scenes. Green said that under Bertolucci’s direction, she felt at ease while filming the nude and sex scenes, but that she was embarrassed when her family saw the movie. Her performance was praised, and she was compared to Liv Tyler by some fans. The Dreamers (2003) has an approval rate of 60% on Rotten Tomatoes, a 7.2/10 rating on IMDb, and a 62% rating on Metacritic.

In 2004, she played Clarisse de Dreux-Soubise, the love interest of the movie’s main character Lupin, in the movie Arsene Lupin. While she has said that she prefers more complex roles, she enjoyed the lighthearted role of Clarisse in this film.

In 2005, Ridley Scott cast her in his film the Kingdom of Heaven, as he was inspired by her performance in The Dreamers (2003). The Kingdom of Heaven was about the Crusades. Green co-starred with Jeremy Irons, and Orlando Bloom, and portrayed Sibylla of Jerusalem. Green was hired just a week before principal photography began after passing six screen tests. Green enjoyed the tense and exciting atmosphere of arriving late to a film, but many of her scenes were cut from the final draft, which disappointed her. Her performance in this film was highly praised by Salon.com’s Stephanie Zacharek. She received mixed reviews for her performance in this film. Although the film was a great success.

In 2006, Eva Green was cast as Vesper Lynd in the James Bond film Casino Royale at the last minute. She was offered the role in mid-2005, but she did not take it. The director of the film Martin Campbell approached her again after seeing her in the director’s cut of Kingdom of Heaven. She read the script and discovered Vesper to be much more complex than other Bond girls, and accepted the role. Her performance was loved and praised by the public and the critics. IGN named her the best femme fatale. “This is the girl that broke – and therefore made – James Bond,”. She was named the fourth-best Bond girl of all time by Entertainment Weekly. She received a BAFTA award in the BAFTA Rising Star category, and an Empire Award in Best Female Newcomer category, for her performance in the film.

In 2007, in the film adaptation of The Golden Compass, Green played the witch Serafina Pekkala. And then she played a dual role as Sally and Emilia in the 2007 film Franklyn. She also played Miss Gribben in Jordon Scott’s film Cracks, which was the directorial debut of Scott. After the headmistress (Eva Green) of an elite boarding school for girls becomes obsessed with a new student, jealousy flares.

In 2011, She played Morgan le Fay, a sorceress, in the first season of Starz’s series Camelot. She then co-starred with Johnny Depp in Tim Burton’s Dark Shadows as Angelique Bouchard, a vengeful witch whose spell turns Johnny Depp’s character into a vampire, in 2012.

She won critical acclaim for her performance as Artemisia in the 300 sequels, 300: Rise of an Empire, in 2014. The film was released in 3D and IMAX 3D. The film was a commercial success, it grossed over $337 million worldwide. Although the film received mixed reviews, Green’s performance was loved and praised by the public and by the critics.

She played Vanessa Ives in the Showtime horror drama Penny Dreadful from May 2014 to May 2016. She received a Golden Globe nomination in Best Actress in a Television Series-Drama category for her performance in the series. In 2014, in the Sin City sequel film, Sin City: A Dame to Kill For, she played the titular role of Ava Lord too.

In 2016, she worked again with Tim Burton in his film Miss Peregrine’s Home for Peculiar Children, which was based on Ransom Riggs’ novel.

She appeared in the French drama film Proxima, directed by Alice Winocour, in 2019. Green’s performance in the film was praised by critics, and she was nominated for a César Award for Best Actress. In 2019, she starred in another one of Tim Burton’s films, Dumbo, a live-action adaptation of the original film Dumbo. In this film, she co-starred with Michael Keaton and Colin Farrell.

In 2020, she starred as Lydia Wells in the BBC Two miniseries The Luminaries, which was based on Eleanor Catton’s 2013 book.

She continues to work in the film industry as an actress and a producer. Her net worth is estimated to be around $8 million.