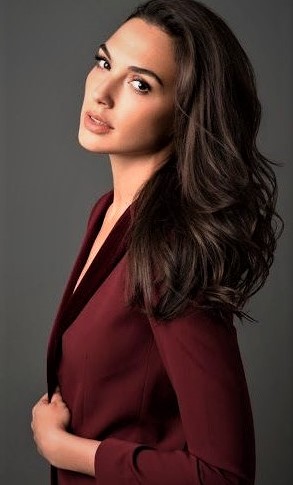 Gal Gadot is an Israeli model, actress, and television producer. She has been a part of showbiz since 2004, and she has earned recognition all around the world. In 2004, she was awarded the title of Miss Israel. Israeli media considers her the biggest Israeli superstar around the globe. She has been included in the world’s highest-paid actors’ list twice. In 2018, Time magazine included her in its list of 100 most influential people in the world.

Gal Gadot has played many big roles in many successful movies, and her beauty and acting style is admired by millions. Her first major role in an international film was in Fast and Furious (2009), in which she played the role of Gisele Yashar. Her role in this movie was loved by the public, and also by the critics, and she received good reviews. She played the role of Gisele Yashar in different sequels of the film. in 2016, She played the role of Prince Diana (Wonder Woman) in DC’s Batman vs Superman: Dawn of Justice. Then in 2017, she again portrayed the role of Wonder Woman in the solo film Wonder Woman, and in Justice League (2017). Her performance in these movies made her one of the most recognized and admired actors in the world. In 2020, she reprised the role of Prince Diana (Wonder Woman) again in the sequel of these films. Gadot is among Israel’s most famous actors all around the globe.

Michael Gadot is an engineer and her mother Irit is a Phys Ed. teacher. Gal Gadot has a younger sister, Dana Gadot. Her parents lived in Rosh HaAyin, a neighboring city of Tel Aviv. She was raised in a typical Israeli and Jewish household. She has a very unique name, in Hebrew Gal means “wave’, and Gadot means “riverbank”.

Gadot studied and performed jazz and hip-hop for 12 years as a child, and her first jobs included babysitting and working at Burger King. She majored in biology and graduated from Rosh HaAyin’s Begin High School. At the age of 18, Gadot entered the Miss Israel pageant, hoping it would be a pleasant experience. She thought that it would be fun to enter in Miss Israel competition, and she never thought that she would actually win it. But she won it and was crowned Miss Israel. While talking to Glamour magazine, she said that “ I never thought I would win.” She joined the Israeli defense forces in 2005, to complete her two years of military service, which is mandatory for every Israeli citizen. She served as a combat fitness instructor. At the time she was 20 years old. After serving in the military, she joined IDC Herzliya college and studied Law and Government.

In 2004, she became Miss Israel at the age of 18, which led her to enter into the Miss Universe competition which took place in Ecuador in 2004. Her performance in these pageants caught the eyes of different directors who hired her for different commercials later on.

At the age of 21, Gadot was featured on the cover of the New York Post after appearing in the Maxim photo shoot “Women of the IDF” in 2007. Miss Sixty, Huawei tablets, Captain Morgan rum, Gucci fragrances, and Vine Vera skincare ranges, and Jaguar Cars have all used her as a model in international campaigns. She became the face of Gucci’s Bamboo perfume in 2015. Cosmopolitan, Glamour, Bride Magazine, Entertainment Weekly, UMM, Cleo, Fashion, Lucire, and FHM have all featured her on the cover of their magazines. From 2008 to 2016, Gadot was the face of the fashion label, Castro. Her annual modeling and acting earnings were reported to be NIS 2.4 million in 2013. Gadot was named the sexiest woman on FHM’s 100 Sexiest Women list in 2017.

Gadot’s agent was approached by a casting director after she finished her first year of college, asking her to audition for the role of Camille Montes in the James Bond film Quantum of Solace. But she did not get the part. Then in 2008, she was cast in Bubot, an Israeli Drama. Later that year, the director of Quantum of Solace who had rejected Gadot for the part of Camille Montes, chose Gadot over six other actresses, to play the part of Gisele Yashar in the world-famous action film Fast and Furious. This was the major break for Gal Gadot. In 2010, she appeared in the action-comedy Date Night and the action-adventure comedy Knight and Day, she played minor roles in both of these. She returned to the Fast & Furious franchise in 2011, playing Gisele in Fast Five, and again in Fast & Furious 6 in 2013.

In 2016, in the superhero film Batman v Superman: Dawn of Justice, Gadot played Wonder Woman. One of the best parts of the film was Gadot’s role as the superhero, which was the character’s first appearance in the film. later in 2016, she co-starred with Kate Winslet and Aaron Paul, in John Hillcoat’s crime-thriller Triple 9. She only played a small role in this film. She also appeared alongside Kevin Costner, Gary Oldman, and Tommy Lee Jones in the action crime thriller Criminal as the wife of Ryan Reynolds’ character, in 2016. Her final film of the year was the action comedy Keeping Up with the Joneses (2016), in which she co-starred with Zach Galifianakis, Jon Hamm, and Isla Fisher as a secret agent. In 2017, Gadot starred as Prince Diana (Wonder Woman) in a solo movie. She returned to the role in the ensemble film Justice League, which came out in November 2017 and was her third appearance in the DC Extended Universe. She received six different award nominations for her role as Wonder Woman, of which she won five. Later in 2017, she received an invitation to join the Academy of Motion Picture Arts and Sciences.

Patty Jenkins’ film  Wonder Woman 1984,  which is the sequel of Wonder Woman, was released in 2020 by Warner Bros. Pictures.

On October 11, 2020, Gadot was announced to be reuniting with Wonder Woman director Patty Jenkins on Cleopatra, a Paramount Pictures epic film about Cleopatra. Gadot was cast in the spy thriller Heart of Stone in December.

Her two films are set to be released in 2021. She is co-starring in the Netflix action-thriller Red Notice with Dwayne Johnson and Ryan Reynolds, which was written and directed by Rawson Marshall Thurber. She is also starring in Kenneth Branagh’s movie, Death on the Nile will be released on September 17, 2021.