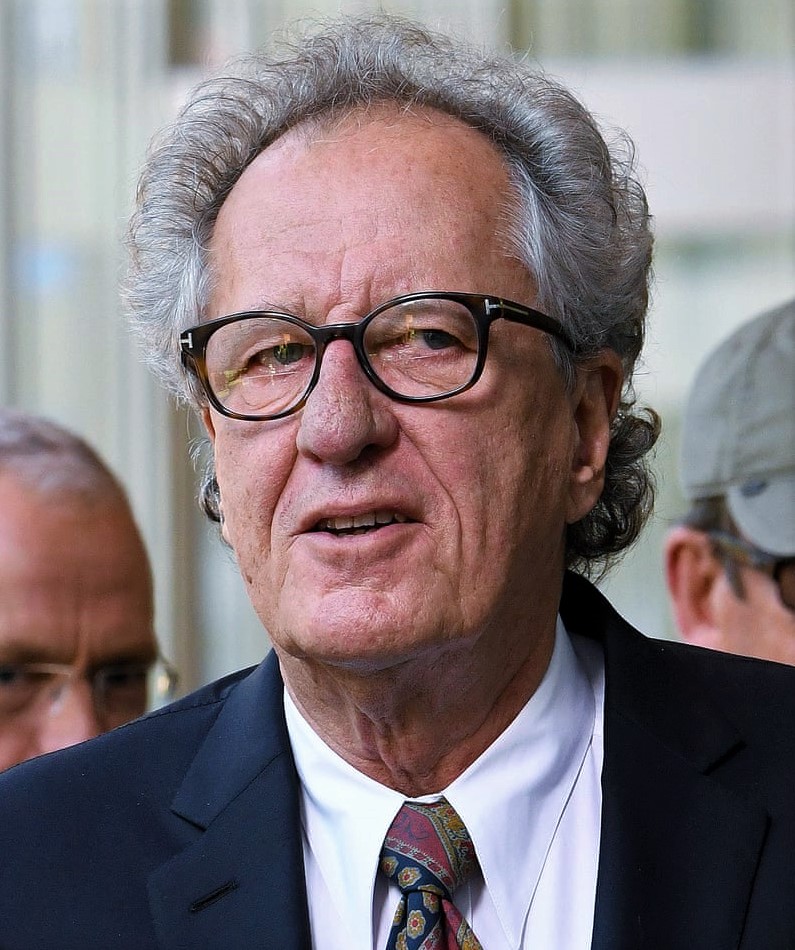 The Australian actor Geoffrey Rush is one of the 24 people who have won the Triple Crown of Acting. He has won all three major awards of acting; an Academy Award, a Primetime Emmy Award, and a Tony Award. He has been working in the industry since 1971. He has won several nominations and awards for his performances in films, Television, and theater. In 2012 he was named the Australian of the Year.

Geoffrey Rush was born on July 6th, 1951, in Toowoomba, Queensland Australia. His parents were Roy Baden Rush, who worked as an accountant in the Royal Australian Air force, and Merle, a sales assistant in a department store. His parents were divorced when he was only five years old. His mother then moved to her parent’s house in Brisbane and took Rush with her. Rush attended the Everton Park State High School. Later on, he got admission in the University of Queensland and he got a bachelor’s degree in arts from there. In 1971 while studying at the University of Queensland, his acting talent was noticed by the Queensland Theater Company, which included him in 17 of its productions in the coming years. Then he moved to Paris in 1975, to attend L ‘Ecole Internationale de Theatre Jacques, where he studied movement, mime, and theater, he remained there for two years. Then he returned to QTC to resume his stage career. In 1979 he co-starred in Waiting for Godot (a stage production), with the actor Mel Gibson. In a QTC production, the Wrong Side of the Moon, he made his theater debut. He played many classical roles in his four-year experience with QTC. He did other classical stage dramas after that, while working with the State Theater Company of South Australia in 1987 he performed in William Shakespeare’s The Winter’s Tale. And in 1989 he performed in Troilus and Cressida at the Old Museum Building.

In 1981, he made his film debut with the Australian film Hoodwink. In 1982 he appeared in Starstruck, which was directed by Gillian Armstrong. Then in 1987, he played the role of Sir Andrew Aguecheek in an Australian film.

In the 1990s, rush worked in television dramas. He did some small roles in TV dramas such as the role of a dentist in Lovejoy, a British TV series. He also kept working in theater.

In 1995, he again appeared in an Australian comedy film Dad and Dave: On Our Selection, in this film, he did the title role of Dave Rudd.

In 1996, he starred in the Australian biographical film Shine, in this film he played the lead role of David Helfgott. With his portrayal of David Helfgott in this film, he proved his acting skills. He won the 1996 Academy Award in the Best Actor in a leading role category, for his extraordinary performance in this film.

He has been working in film, TV, and theater ever since. He has received multiple awards nominations and won awards for his roles in TV and theater.

He worked in three movies in 1998; Les Miserables, Shakespeare in Love, and Elizabeth. He played the role of Javert opposite Jean Valjean(Liam Neeson) and he won his second Academy Award nomination in the Best Supporting Actor category. He played the role of Philip Henslowe in the film Shakespeare in Love for which he was nominated for an Academy Award, a Golden Globe Award, a Screen Actors Guild Award, and a British Academy Film Award. For his performance in Elizabeth as Sir Francis Walsingham, he was nominated for British Academy Film Award.

In the horror film House on Haunted Hill(1999), he played the lead role of Steven Price. He appeared in many successful films after that.

For his performance in a 2000 film Quills directed by Philip Kaufman, he was nominated for another Academy Award in the Best Actor category. His portrayal of Marquis de Sade was very much praised by the critics, and by the public. In this film, he co-starred with Kate Winslet, Joaquin Phoenix, and Michael Caine.

He won another Academy Award nomination for the Best Supporting Actor in 2010 for his performance as Lionel Logue in the film The King’s Speech.

Geoffrey Rush is well-known around the world for his performance as Captain Hector Barbossa, in the film series The Pirates of the Caribbean. He has played the role of Captain Barbossa in five sequels of this film; The Curse of the Black Pearl(2003), Dead Man’s Chest (2006), At World’s End (2007), On Stranger Tides (2011), and Dead Men Tell No Tales (2017). In the Pirates of the Caribbean film series, he co-starred with the renowned Hollywood actor Johnny Depp.

Rush has worked in television, theater, and films throughout the 2000s and 2010s, and has received many awards and awards nominations from several award shows. Some of his most successful movies are; Frida (2001), Munich (2005), The King’s Speech (2010), The Bood Thief(2013), and the Pirates of the Caribbean series.

He made his Broadway debut in 2009, in the drama Exit the King, for which he won the Tony Award for best actor in a play.

Geoffrey Rush’s Net Worth: His net worth is estimated to be around $40 million.