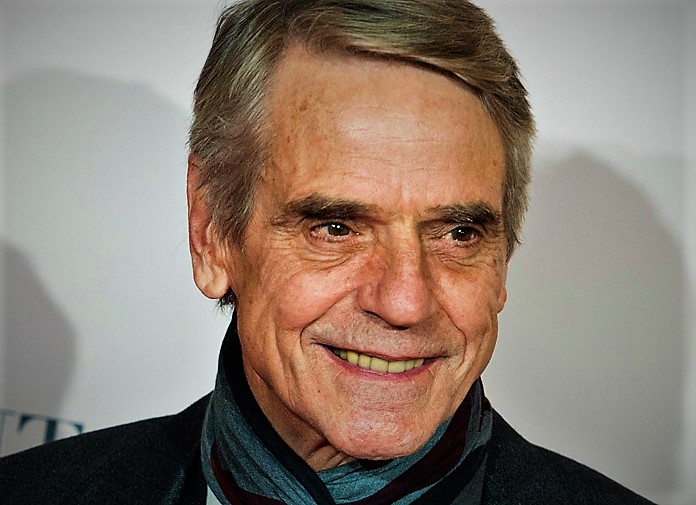 Jeremy Irons is a British/English actor and activist. He started his acting career in 1969 by performing in theater productions. He performed in many West End theater productions such as The Taming of the Shrew, Much Ado About Nothing, Shakespeare’s Plays the Winter’s tale, Macbeth and Richard II. He made his Broadway debut in 1984 in Tom Stoppard’s drama The Real Thing and won the Tony Award in Best Actor Category. Irons made his movie/film debut in 1981 in the romantic drama The French Lieutenant’s Woman, he got a BAFTA nomination in the Best Actor category, for his role in this movie. He starred in several movies after that such as Moonlighting (1982), Betrayal (1983), The Mission (1986), and Dead Ringers (1988), and received multiple nominations for his fabulous acting in different movies. In 1990 he played the role of Claus Von Bulow (accused attempted Murderer) in the movie Reversal of the Fortune (1990), he received the Academy Award in the Best Actor category for his brilliant performance.

Jeremy John Irons was born on September 19th,1948 in Cowes, Isle of Wight, England. His father Paul Dugan Irons was an accountant. He has a brother and a sister. Irons received his education at the Sherborn School in Dorset (1962-1966). He is a British actor and activist. He received his classical/acting training from Bristol Old Vic Theater School. In a four-man school band, he was the drummer and the harmonica player, this band was called Four Pillars of Wisdom.

At the Bristol Old Vic Theater School, he became the president of its fundraising appeal. He performed in many plays at this theater. His first big appearance on the London stage was on November 17th, 1971 in at Roundhouse Godspell in which he performed the role of John the Baptist and Judas. Then he transferred to Wyndham’s Theater. He did 1,128 performances.

He made his Television debut in the 1970s, he appeared in many series of British Television such as Play Away and BBC series Notorious Woman (1974). One of his most significant role was in Love for Lydia(1977) which was based on H.E Bates’ novel, which was televised on London Weekend Television.

His most significant and praised performance was in Brideshead Revisited(1981), in this, he played the lead role of Charles Ryder, he received a Golden Globe nomination for his portrayal of Captain Charles Ryder. This drama is among the most successful British television dramas.

Jeremy Irons played the leading role in the movie Reversal of Fortune (1990), he played the role of Claus Von Bulow who is accused of attempted murder. It was the leading role in the movie, Irons received the Academy Award in the Best Actor category for his excellent performance. He has worked in many successful movies ever since such as Kafka(1991), Damage(1993), M. Butterfly(1993), The House of Spirits(1993), and Die Hard with a Vengeance(1995), etc and has worked with many great actors such as Glenn Close, Meryl Streep, Bruce Willis, Samuel L. Jackson, and Leonardo DiCaprio, etc.

Irons has also done voiceovers and has done audiobook readings. His most iconic voiceover is of Scar in The Lion King(1994). He has also done voice-overs for different documentaries such as National Geographic: Eye of the Leopard(2006). He received Primetime Emmy Award in the Outstanding Voice-over Performance category in The Great War and the Shaping of the 20th Century (1997).

Jeremy Irons is also known for his political views, activism, and his charity work. He has donated millions of dollars and has supported many charitable trusts, schools, universities, acting schools, and many more. He was named Goodwill Ambassador by the United Nations in 2011. For his contribution in Theater, Audio, Music, Television, and Film University College Dublin Law Society awarded Irons with Honorary Life Membership in September 2008. Southampton Solent Universityawarded Irons with Honorary Doctorate in 2008, and he was announced the first chancellor of the Bath Spa University in July 2016.

Irons started his acting career in 1969 and he still continues to work. As of 2020, his net worth is estimated to be around $16 million.