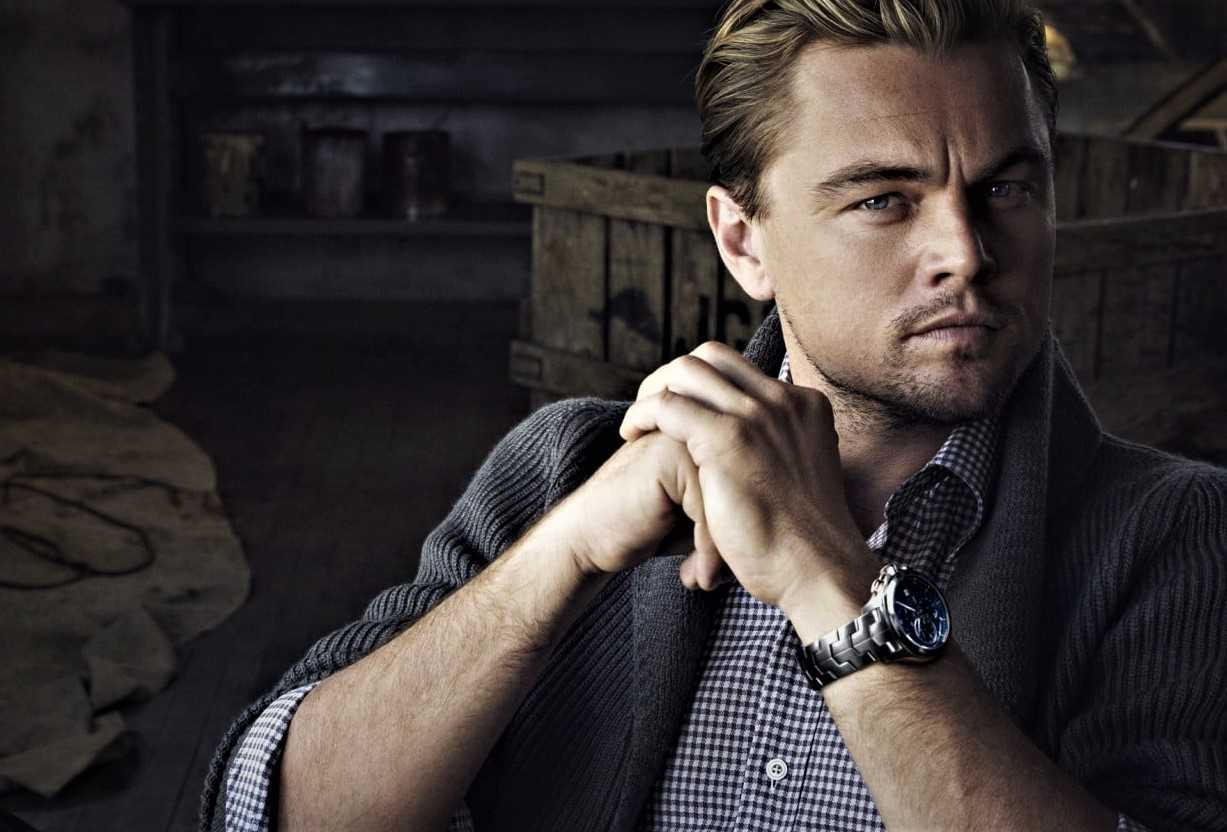 His full name is Leonardo Wilhelm DiCaprio. He was born on November 11, 1974, in Los Angeles, California, the U.S. his father was George DiCaprio who was a comix writer, publisher, and comic book distributor. And his mother Irmelin was a legal secretary. He was born and raised catholic, in Los Angeles. When Leonardo was only one year old, his parents broke up and his father moved out. After that Leonardo and his mother moved around a few times in different neighborhoods in Los Angeles. He had to switch different schools in his early childhood. he did not like the public school, he often asked his mother to take him to auditions so he could earn some money to support his mother in financial crises. Anyhow he attended Los Angeles Center for Enriched Studies for four years. in his third year of high school he dropped out, but later he got his (GED) diploma.

As a child, he wanted to become a marine biologist or an actor. He used to imitate and impersonate characters as a child. DiCaprio’s older stepbrother was also an actor. One time Leonardo found out that he earned $50,000 for a television commercial, he was fascinated by this. When he grew up he chose to become an actor. In 1979, when DiCaprio was only 5 years old he was cast for the TV series Romper Room, but he was removed from the set for being undisciplined. Later he started to appear in TV commercials for Matchbox cars, Bubble Yum, Kraft Foods, and Apple Jacks, at the age of 14. At the age of 15, he was cast in the TV show The New Lassie to play the role of Glen, in two episodes.

After that DiCaprio was having trouble finding work, he auditioned for 100 different roles but did not get any role. He stayed jobless for eighteen months. He could not even find an agent to represent him. An agent even asked him to change his name to Lenny Williams so he can attract the American audience, but he did not change his name. He was so heartbroken that he decided to quit acting and find a job to support his mother. But his father did not let him do so, he encouraged him to keep trying, and not give up. He started to get acting jobs in the early 1990s, in different TV series. He got a role in the pilot of The Outsiders (1990), he also played a small role of young Mason Capwell in Santa Barbara (1990). In 1990, Leonardo DiCaprio got a promising role in the series Parenthood, this series was based on a movie (Parenthood). He played the role of Garry Buckman in this series. In the original film, Joaquin Phoenix played this role. To play this role properly Leonardo DiCaprio watched and learned from Joaquin Phoenix’s performance in the movie. That year he also appeared on TV, in the children’s game show, Fun House, as a celebrity contestant. In 1990, he was nominated for two awards in the 12th Youth in Film Awards.

Leonardo DiCaprio made his film debut in 1991, in a low-budget horror film Critters 3. DiCaprio does not like this movie, in fact, while talking about Critters 3 he said “Possibly one of the worst films of all time, I guess it was a good example to look back and make sure it doesn’t happen again.” in late 1990 he was cast as Luke Brower in the sitcom Growing Pains. The producers of the sitcom hired DiCaprio to appeal to the young female audiences, but it didn’t help, so after some time DiCaprio left the show. He was nominated for Young Artist Award in the Best young Co-Star category that year.

In 1992, DiCaprio was among the 400 young actors who auditioned for the role of Tobias “Toby” Wolff, in Michael Caton-Jones’s film This Boy’s Life. Robert De Niro (one of the biggest Hollywood stars at the time), chose Leonardo DiCaprio for the role. De Niro played the role of Toby’s stepfather in that movie.

In 1993, played the role of Arnold “Arnie” Grape, in Lasse Hallstrom’s film What’s Eating Gilbert Grape. In this film, he co-starred with Johnny Depp. Johnny Depp played the role of Gilbert Grape (Arnie’s older brother). This film was a big success and earned DiCaprio a National Board of Review Award in the best supporting actor category. He was also nominated for an Academy Award and a Golden Globe Award.

In 1995, he starred/co-starred in several films, none of which made highlights. These films include The Quick and the Dead, The Basketball Diaries, and Total Eclipse.

In 1996, DiCaprio played the role of Romeo in the film Romeo and Juliet. The film was based on William Shakespeare’s tragedy of the same name. The film was directed by Baz Luhrmann. In this film, DiCaprio co-starred with Claire Danes who played the role of Juliet. This film was a big success, it grossed over $147 million worldwide. And at the Berlin International Film Festival (1997), Leonardo DiCaprio won Silver Bear for Best Actor. In late 1996, he played the role of Hank in the film Marvin’s Room, in this film he co-starred with Meryl Streep and Diane Keaton. His performance in this movie was praised by the public and the critics.

In 1997, DiCaprio got the role of the lifetime, in James Cameron’s film Titanic. DiCaprio actually turned down the offer from the producers of Boogie Nights to star in the film because he wanted to co-star with Kate Winslet in the Titanic. DiCaprio wasn’t sure if he could play the part of Jack properly but Cameron believed in him and gave him the part. At the time, with a budget of $200 million Titanic became the most expensive film ever made. Upon its release, Titanic was a big success. It grossed over $2.1 billion worldwide, which was the highest-earning by any film at the time. Titanic made Leonardo DiCaprio famous worldwide and he became a superstar. His acting and role were admired all over the world, the film received good reviews by the critics, and the public loved it.

The film Titanic won 11 Academy Awards (most by any film), including Best Picture. But DiCaprio did not receive an Academy nomination for his acting, which led to a protest against the Academy by several hundred DiCaprio fans. Although DiCaprio was nominated for a Golden Globe award in the Best Actor Category. Titanic (1997) is one of the best movies of all time, on review aggregator Rotten Tomatoes it holds an 89% approval rate, on IMDb, it has a 7.8/10 rating and on Metacritic, it has a 75% rating.

Leonardo DiCaprio has been nominated for an award 248 times, and he has won 99 awards.

He received the Academy Award in the Best Actor category in 2015, for his role as Hugh Glass in the film The Revenant.

He has won three Golden Globe Awards in the best actor category, for his roles in The Aviator, The Wolf of Wallstreet, and The Revenant.

He has won one BAFTA award in the best actor category for his role in The Revenant.