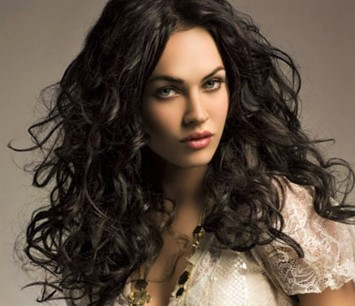 Megan Fox is America’s one of the most beautiful models and most talented actors. Megan Fox has been a part of many successful movies, and TV productions. Has also worked in music videos and video games. She entered the film industry with her role as Brianna Wallace in Holiday in the Sun (2001). She made headlines and became an international star with her lead role as Mikaela Banes in the 2007 science fiction drama Transformers. She has played many important roles over the years such as Jennifer Check in the 2009 film Jennifer’s Body, April O’Neil in the 2014 superhero action film Teenage Mutant Ninja Turtles, and reprised her role in its sequel Teenage Mutant Ninja Turtles: Out of the Shadows(2016). Mega Fox has also worked in many television series such as Ocean Ave (2003-03), The Help (2004), Hope and Faith (2004-2006), New Girl (2016-17). Fox has received multiple awards and nominations for her roles.

Megan Fox has appeared on many magazine covers and has made many ‘Hottest’, ‘Sexiest’ or ‘most beautiful women’ lists. In 2008, FHM readers voted her to be on #1 on FHM’s list of “Sexiest Woman in the World”, with Jessica Alba on #2, Scarlett Johansson on #6, and Angelina Jolie on #9. Megan Fox has appeared on Maxim’s Hot 100 list three times; on #2 in ‘2009 Hot 100’ list, with Olivia Wilde on #1 and Mila Kunis on #5, on #5 in ‘2010 Hot 100’ list, and on #8 in ‘2012 Hot 100’ list with Mila Kunis on #3, Olivia Wilde on #5, Jennifer Lawrence on #6, and Emma Stone on #7.  People’s magazine included her in its list of ‘Most Beautiful at Every Age’ list twice, in 2012 and in 2017. Megan Fox is also regarded as a sex symbol. While talking about Fox’s role in Transformers (2007) MTV’s Craig Foster stated “Transformers broke Fox into the mainstream, immediately turning her into a household name and international sex symbol.” Lost Angeles Times’ Chris Lee called her a “sex symbol of the highest order”.

Her full name is Megan Denise Fox. She was born to Franklin Thomas Fox, a parole officer, and Gloria Darlene, on May 16, 1986, in Oak Ridge, Tedge, Tennessee, Unitnnessee, United States. Her parents separated in 1989 when she was three years old. Gloria Darlene married Tony Tonachio sometime later, and Megan and her sister were raised by them. Fox spent her early childhood with her mother, sister, and stepfather in nearby Rockwood. This was a very strict Pentecostal household but studied at a Catholic school for 12 years. Megan Fox lived with her mother and stepfather until she could start making enough money to support herself. She has said that her parents were very strict, she was not allowed to bring friends home or even have a boyfriend.

At the age of five, Megan Fox started taking dance and drama classes, while living in Kingston, Tennessee. She took dance classes at the community center theater, and was part of the chorus of Kingston Elementary School, and was also part of the Kingston Clippers swim team. She moved to St. Petersburg, Florida with her family at the age of 10, where she continued her dancing and acting training.

She entered the 1999 American Modelling and Talent Convention in Hilton Head, South Carolina, and won several awards. At the time she was 13 years old. After that, she began modeling as a child model. She moved to Los Angeles, California at the age of 17 after she tested out of school.

Megan Fox never liked school and the educational system. She always thought that most of the stuff being taught at school was irrelevant. While studying in school she did not get along with other girls, all of her friends were boys as she gets along with them easily. Other girls at school bullied and hated her. She has mentioned that she had to eat her lunch in the bathroom to avoid their harsh behavior. Fox also said that she has only had one great girlfriend all her life.

Megan Fox made her acting debut with her side role as Brianna Wallace in the 2001 romantic adventure comedy film Holiday in the Sun. The film was released only on DVD on 20 November 2001. After that Fox made guest appearances in TV series such as Two and a Half Men, and What I Like About You. In the 2003 action film Bad Boys II, she appeared as an uncredited extra.

In the 2004 teen musical comedy Confessions of a Teenage Drama Queen, she played the supporting role of Carla Santini, a rival of Lola (the lead character), alongside Lindsay Lohan who played the lead role. Later that year she joined the cast of ABC sitcom Hope and Faith and replaced Nicole Paggi. She played the role of Sydney Shanowski (a regular role) in the show. She played the role until the show was canceled in May 2006.

In 2007, she co-starred with Shia LaBeouf in the science fiction/action sci-fi film Transformers which was based on cartoon and toy saga of the same name. In this film, she played the female lead role of Mikaela Banes, which was the love interest of the lead character Sam Witwicky, played by Shia LaBeouf. Transformers (2007) was a big commercial success. With its budget of $150-200 million it went to gross over $709 million worldwide and became the fifth highest-grossing film of 2007. The film received mixed reviews from critics. Transformers holds a 7/10 rating on IMDb, a 58% rating on Rotten Tomatoes, and 2/5 ratings on Common Sense Media. Fox received very good reviews for her performance in the film. She received an MTV Movie Award nomination in the “Breakthrough Performance” category, and also received nominations from Teen Choice Awards in three categories.

Megan Fox had signed an agreement with the producers of Transformers for three films. She reprised her role in the Transformers sequel Transformers: Revenge of the Fallen in 2009. The critics did not like the film and gave it very negative reviews but it was a huge commercial success. With its total earnings of $836.3 million worldwide, it was the fourth highest-grossing film of the year 2009. There was a controversy about Fox and the director of the film Michael Bay. Rumour has it that he ordered Fox to gain 10 pounds, which was really hard for Fox. While talking about Transformers and its production, Fox said that working for Bay was like working for Hitler. This comment got her fired from the Transformers franchise and she did not get her role in other Transformer sequels, even though she had an agreement for three films.

She then played the lead and title character of Jennifer Check in the 2009 comedy horror film Jennifer’s Body. This was her second lead role in a feature film. Jennifer’s Body premiered in September 2009. The film did fine on the box office but received a lot of negative reviews from the critics. Fox and her co-star Amanda Seyfried received very good reviews for their performances. The film initially did not do good on its critical reception but since the Me Too movement began in 2018 it has been receiving a very good response for being a feminist horror film and has become a cult film.

In the 2010 western superhero film Jonah Hex, she played the supporting role of a young gun-wielding prostitute Lilah Black. Her character was the love interest of the lead character Jonah Hex. The film was a huge commercial and critical failure and was called the ‘worst picture of the year’ by the Houston Film Critics Society.

In 2011 Megan Fox co-starred with Mickey Rourke to play the female lead as Lily Luster in the drama film Passion Play. The film was a critical and commercial failure. With its budget of $15 million, it only earned $3,669 on its theatrical release.

Fox made a brief appearance in the 2012 dark comedy film by Sacha Baron Cohen The Dictator. She also played the side role of Desi in Judd Apatow’s comedy film This is 40 in the same year. In the comedy series Robot Chicken’s comedy film Robot Chicken DC Comic Special she voiced Lois Lane.

In 2013 Megan Fox was featured in a Brazilian television commercial for Brahma beer.

After solving her issues with the director Michael Bay, she starred as April O’Neil in his superhero film Teenage Mutant Ninja Turtles in 2014. Though the film received overall bad reviews from the critics, it was a commercially successful movie, grossing over $493.3 million against a budget of $125-150 million. Fox replaced Zooey Deschanel in the television sitcom New Girl in October 2015, to play the role of Reagan Lucas. She played this role in the fifth and sixth season of the show, and received very positive reviews for it, from the critics.

She reprised her role as April O’Neil in Michael Bay’s film sequel Teenage Mutant Ninja Turtles: Out of the Shadows. The film was a commercial success. And it some positive reviews as many thought that it was way better than the previous part of the film.

Fox co-starred with Kim Myung-min in the Korean action-war film The Battle of Jangsari (2019). She played the lead role of an American news reporter, Marguerite Higgins. The film received overall good ratings on online movie ratings websites. It holds a 6.2/10 rating on IMDb.

Megan Fox has also played other lead and side roles such as Juliana in the supernatural romance film Above the Shadows (2019), Soledad Paladin in comedy film Zeroville (2019) which was directed by James Franco, Ellen Reed in the sci-fi comedy film Think Like a Dog (2020), Samantha O’Hara in action thriller film Rogue (2020).

Megan Fox will next star as Jacqueline in the dark comedy film Big Gold Brick. The film is in its post-production phase and will premiere in 2021 in the United States. She will also play the lead roles in two other upcoming movies; Midnight in the Switchgrass, an American crime thriller, and Till Death, an action/ horror film.

In the 2022 3D documentary film Naya Legend of the Golden Dolphin, she will play the voice of Princess Leilani. In this animation Kate Winslet, Gerard Butler, and Elliot Page are also voicing other characters. The film is set to be released on June 28, 2022, in the United States.

In the 2009 song by Panic! At the Disco, “New Perspective” she appeared as Jennifer Check. This video includes clips from the film Jennifer’s Body.

In 2010, she appeared as Kimberly Scott in the music video of Eminem’s song which also features Rihanna, Love the Way You Lie.

She appeared as herself in Machine Gun Kelly’s 2020 song “Bloody Valentine”.