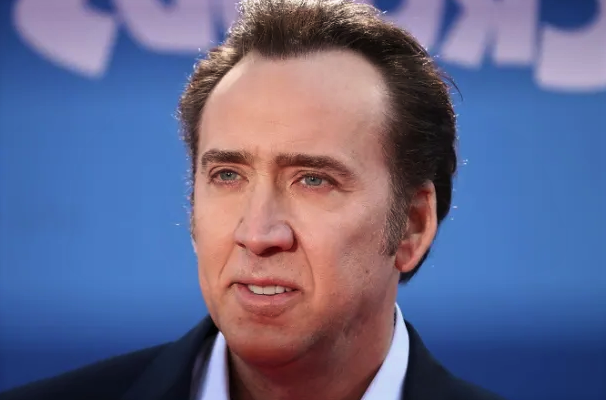 American actor and filmmaker Nicolas Kim Coppola’s professional name is Nicolas Cage. He has been working in the film industry since 1981, and he has received many nominations and won awards from different award shows over the years. He has been nominated for the Academy Award twice. For his performance in the film Leaving Las Vegas (1995), he won three awards; an Academy Award, a Golden Globe Award, and a Screen Actors Guild Award in 1995. He has also been included in the Hollywood Walk of Fame in 1998, at the Hollywood Boulevard.

Nicolas Cage was born on January 7th, 1964, in Long Beach, California, U.S. His father August Coppola was a professor of literature, and his mother Joy Vogelsang was a choreographer and a dancer. It was a catholic family. Many members of his family worked in the film industry such as his uncle and aunt are Francis Ford Coppola (film director) and Talia Shire (actress), his cousins Roman Coppola and Sofia Coppola are directors, and the film producer Gian-Carlo Coppola is also his cousin. He has two brothers; Marc “The Cope” Coppola is well known for his work in New York radio, and Christopher Coppola is a director.

Cage wanted to become an actor from an early age. He went to Beverly Hills High School. He also attended UCLA School of Theater, Film, and Television. His first performance was in a non-cinematic school production of Golden Boy. Cage was very much inspired by the actor James Dean, he said that he started acting because he wanted to become like James Dean, he said that he watched him in Rebel Without a Cause, East of Eden, he said: “the way Dean affected me in Eden, it blew my mind, I was like, ‘that’s what I want to do’.”

At the age of fifteen Nicolas tried to convince his uncle Francis Ford Coppola to cast him, he said, “I’ll show you acting.” He changed his name to Nicolas Cage to avoid the nepotism as Coppola’s nephew, who was one of the most successful directors at the time.

In 1995 he starred in the film Leaving Las Vegas as Ben Sanderson, an alcoholic screenwriter who lost everything. For his performance in this film, he received an Academy Award in the Best Actor Category. He also received a Golden Globe and a Screen Actors Guild Award for this role.

The film Sonny (2002), which was directed by Cage, was nominated for the Grand Special Prize at the Deauville Film Festival. Cage has a production company named Saturn Films, this company has produced films such as Shadow of the vampire (2000) and The Life of David Gale (2003).