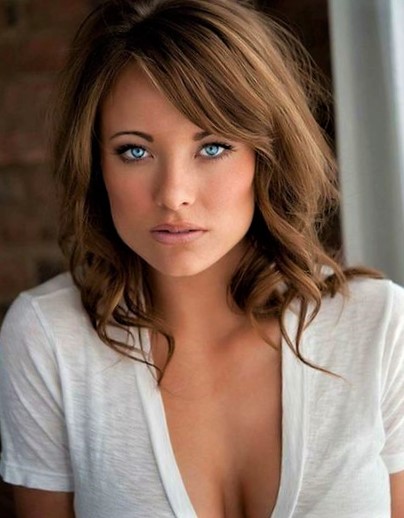 Wilde is well-known for being a feminist. Gucci’s “Chime for Change” initiative, which seeks to raise awareness and funds for women’s problems in terms of education, health, and justice, featured her in a video clip in 2013. She marched in both the 2017 and 2018 Women’s Marches in Washington, D.C., and Los Angeles, California.

Her birth name was Olivia Jane Cockburn. And she was born on March 10, 1984. Wilde was born in New York City and raised in Washington, D.C.’s Georgetown neighborhood, spending his summers at Ardmore in County Waterford, Ireland. She graduated in 2002 from Phillips Academy in Andover, Massachusetts, after attending private school at Georgetown Day School in Washington, D.C. and boarding school at Phillips Academy in Andover, Massachusetts. Wilde received her stage name from Irish author Oscar Wilde, who has dual citizenship in the United States and Ireland. Her surname was changed in high school to honor her family’s poets, many of whom used pen names. Wilde was admitted to Bard College, but she had to postpone her enrollment three times because she wanted to pursue acting. She went on to the Gaiety School of Acting in Dublin to further her education.

On the short-lived television series Skin (2003–2004), Wilde played “Jewel Goldman.” Her recurring role as Alex Kelly on the teen drama television series The O.C. (2004–2005) made her popular. She appeared in the films The Girl Next Door (2004), Conversations with Other Women (2005), Bickford Shmeckler’s Cool Ideas (2006), Turistas (2006), and Alpha Dog (2006), among others. She played three separate roles in the off-Broadway theatre production of Beauty on the Vine, a political thriller, in 2007. She also appeared in The Death and Life of Bobby Z (2007) and The Black Donnellys (2007), a short-lived drama television series. Wilde joined the cast of the medical drama television series House in September 2007. She portrayed Remy “Thirteen” Hadley, a gay internist with Huntington’s disease who was chosen by House from a pool of candidates to join his medical team. In the episode “The Right Things,” she made her first appearance.

Princess Inanna was played by Olivia Wilde in the comedy film Year One (2009). She played Quorra in Disney’s Tron: Legacy (2010). Wilde has worked as executive producer on many documentary short films, including Sun City Picture House (2010), about a group in Haiti that rallies to create a movie theatre after the devastating 2010 earthquake, which was inspired by her award-winning journalist and documentary filmmaker parents. Wilde revealed in August 2011 that she would be leaving House to pursue a film career.

Olivia Wilde appeared in the 2012 films People Like Us, Third Person, The Words, and Deadfall as Liza, a thriller about two siblings who decide to fend for themselves after a failed casino heist, and their unexpected reunion during another family’s Thanksgiving celebration. In the drama/romance/science fiction film Her (2012), she played a blind date. Half the Sky: Turning Oppression into Opportunity for Women Worldwide, a PBS docu-series inspired by Nicholas Kristof and Sheryl WuDunn’s book of the same name, featured Wilde in 2012.

Drinking Buddies (2013) was her first film, which she also executive produced. In The Incredible Burt Wonderstone (2013), she played Jane, a magician’s assistant, in a supporting role. She also played Suzy Miller in the biographical drama Rush (2013), about James Hunt and Niki Lauda, and appeared in the critically acclaimed film Her (2013), which won Academy Awards and Golden Globe awards.

In Better Living Through Chemistry (2014), Wilde played Elizabeth Roberts, a trophy-wife customer who enters a straight-laced pharmacist’s life and takes him on a joyride involving sex, narcotics, and probably murder. In The Longest Week (2014), she played Beatrice Fairbanks, who is caught in the middle of a love triangle between a wealthy drifter and his best friend.

She played Zoe, a medical researcher who is inadvertently killed and then revived with a miracle serum that has unfortunate side effects, in the thriller The Lazarus Effect (2015). Meadowland (2015), which premiered at the Tribeca Film Festival in New York on April 17, 2015, starred and was produced by Wilde. In Love the Coopers (2015), she played Eleanor. In HBO’s rock ‘n’ roll drama television series Vinyl, Wilde played Devon Finestra (2016). Wilde also directed a critically acclaimed live table reading of Hannah and Her Sisters at The New York Times’ Center Theatre in 2016. Hannah was played by Wilde, who was also a member of the cast.

Wilde made her Broadway debut in the character of Julia in 1984, in 2017. It began previews on May 18 and opened on June 22 at the Hudson Theatre in New York City for a limited run until October 8, 2017. Wilde joined True Botanicals, a cosmetics and skincare company, as a chief brand activist in May 2017. Fear Us Women (2017) is a short documentary about Canadian citizen Hanna Bohman, who has spent the last three years fighting ISIS in Syria as a volunteer soldier. Hanna offers an inside look at the women fighting for freedom in Syria as a part of the YPJ, an all-female Kurdish army.

Wilde made an appearance in A Vigilante in 2018. On March 10, 2018, it had its world premiere at South by Southwest. It came out on March 29, 2019. Wilde also starred in the drama Life Itself in the same year. The film was released on September 21, 2018, to mixed reviews from critics and a weak box office performance.

In 2019, Wilde starred in Richard Jewell as Kathy Scruggs, a reporter for the Atlanta Journal-Constitution who died in 2001. Scruggs is depicted in the film as attempting to swap sex with an FBI agent in exchange for sensitive information, which has been criticized.

Olivia Wilde made her directorial and screenwriting debut with Glamour Magazine’s short film collection, Free Hugs (2011), which was screened at several festivals. Baseball in the Time of Cholera (2012), a short film about the cholera outbreak in Haiti, was also produced by her. Other documentaries in which she has worked as executive producer include The Rider and the Storm (2013), about Timmy Brennan, a New York ironworker from Breezy Point, Queens, who lost all he owned when Hurricane Sandy struck, and Body Team 12 (2015), about the team charged with gathering the dead during the Ebola outbreak. The film was nominated for an Academy Award for Best Documentary (Short Subject) at the 88th Academy Awards and won Best Documentary Short at the 2015 Tribeca Film Festival. In 2016, Wilde collaborated with director of photography Reed Morano to direct a music video for Edward Sharpe and the Magnetic Zeros. She then directed the music video for the song “Dark Necessities” by the American rock band Red Hot Chili Peppers. Wake Up, a short film starring Margaret Qualley was also directed by her.