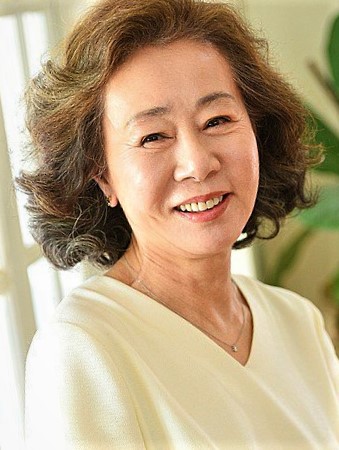 The South Korean actress Youn Yuh-Jung has been in the film industry for over five decades. She started acting in 1966, and as of now, she is South Korea’s one of the most famous and most successful actors. She has appeared in a number of well-known South Korean TV shows and films. She has also worked in several successful Hollywood movies and has received numerous award nominations. For her appearance in the film Minari (2020), Youn is nominated for an Academy Award for Best Supporting Actress in 2021. She’s been dubbed “South Korea’s Meryl Streep.”

She is also known for her roles as the matriarch in the famous South Korean family drama series Men of the Bath House (1995), Be Strong Geum Soon (2005), Daughters-in-Law (2007), My Husband Got a Family (2012), and Dear My Friends (2016). Sisters Over Flowers and Youn’s Kitchen are two local reality shows on which she stars. She is best known outside of South Korea for her appearance in the film Minari (2020), for which she received critical acclaim. She was nominated for an Academy Award, a British Academy Film Award, and a Critics’ Choice Movie Award, and was the first Korean actress to be nominated for or receive any of these awards.

Youn Yuh-Jung was born in Kaesong, Gyeonggi Province, on June 19, 1947, and raised in Seoul. Her father passed away when she was a child. She is the youngest of two sisters. Her sister, Youn Yeo-soon, is a former LG Group executive. When she passed the TBC open auditions in 1966, she was a freshman at Hanyang University majoring in Korean Language and Literature. In 1967, she dropped out of college and made her acting debut in Mister Gong, a television drama.

Youn rose to fame in 1971 after two memorable appearances as femme Fatales. Her first film, Kim Ki-young’s Woman of Fire, was a critical and commercial success, winning her the Sitges Film Festival’s Best Actress award. She then appeared as the titular notorious royal concubine in the MBC historical drama Jang Hui-bin. In collaborations with Kim, such as The Insect Woman (1972) and Be a Wicked Woman (1990), Youn did not shy away from playing risque, provocative roles that explore the grotesque in the female psyche. Youn’s quick wit and outlandish presence appealed to audiences, and she appeared in a number of TV dramas portraying a modern woman of the new generation. One of the most famous and successful roles was in Kim Soo-Hyun’s Stepmother (1972).

Youn retired from acting in 1975 after marrying singer Jo Young-Nam and then immigrated to the United States. She returned to Korea in 1984 and resumed her acting career permanently. In 1987, she and Jo split.

It was an unusual feat for a Korean middle-aged actress to make such a quick comeback after such a long absence.  Despite the fact that most actresses her age played clichéd self-sacrificing mothers or coarse ajummas, Youn’s acting range allowed her to be cast in roles that were more nuanced, glamorous, and independent. She received critical praise for her nonchalant depiction of a mother-in-law who ignored her dying husband and engaged in extramarital affairs in A Good Lawyer’s Wife (2003). In E J-Yong’s mockumentary Actresses (2009), her frank and optimistic personality reappeared. Youn continued to appear in supporting roles in films and television, most notably in The Housemaid (2010), where she stole the stage. In The Taste of Money (2012), she reunited with director Im Sang-soo for the fourth time, playing a cruel chaebol heiress at the center of the drama that unfolds and touches on themes of corruption, greed, and sex. In Song Hae-Boomerang sung’s Family, she played a caring mother to three loser children in 2013. Youn’s mainstream success was resurrected later that year after she starred in her first reality show, Sisters Over Flowers, a travel show filmed in Croatia.

In 2015, Youn starred in two leading roles: Salut d’Amour, a film about a relationship between an elderly supermarket employee and a flower shop owner, and Canola, a film about a Jeju Island female diver who reunites with her long-lost granddaughter, both directed by Kang Je-Gyu.

All Awards and Nominations for Youn Yuh-Jung

Youn Yuh-Jung has been nominated for and has received numerous local and international awards. She has won 51 local and international awards, along with 36 award nominations. For her role in Minari(2020), she was nominated for an Academy Award in the Best Actress in a supporting role category, a British Academy Film Award, and a Critics’ Choice Award. For this role, she has also won a Screen Actors Guild Award.