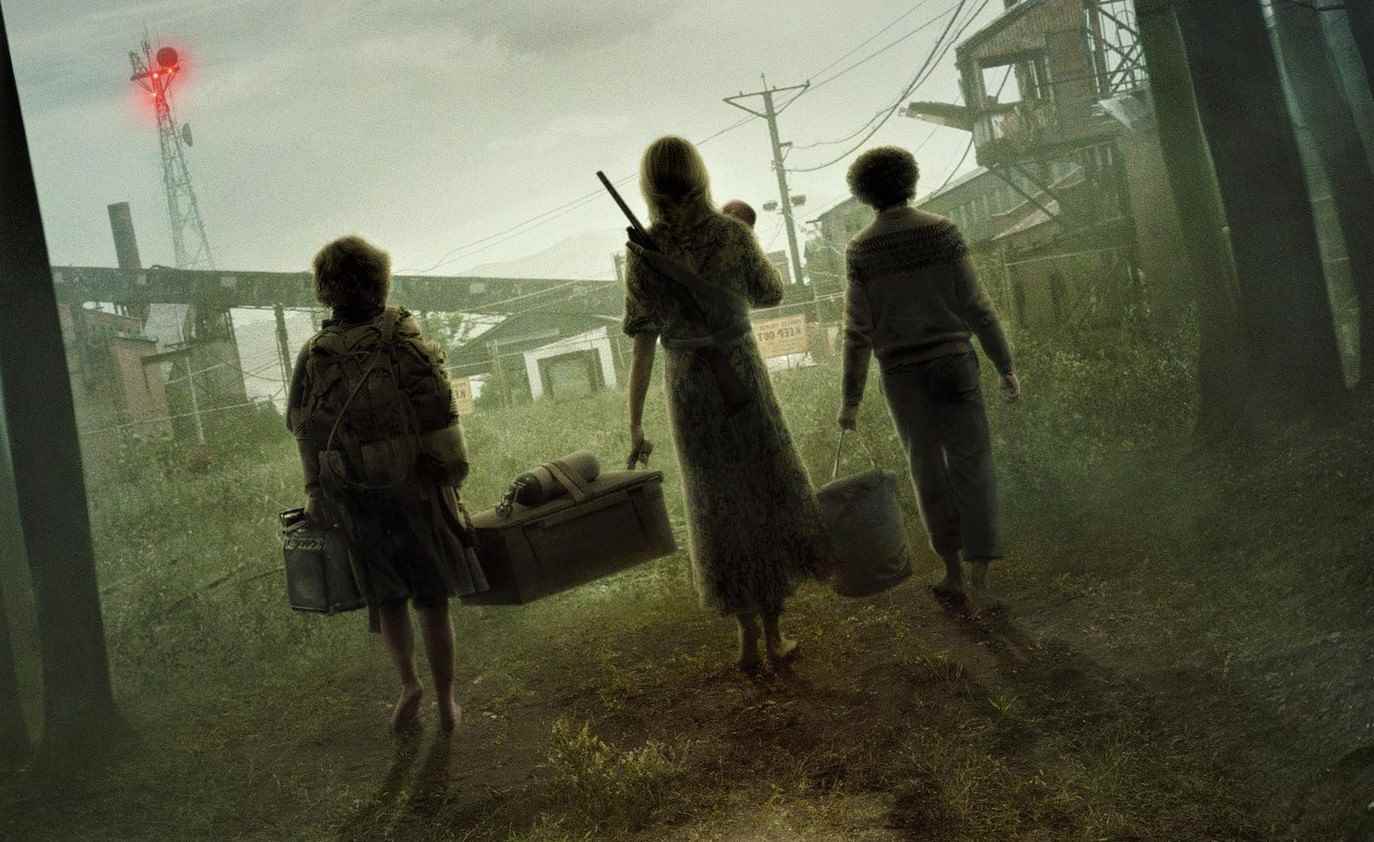 A Quiet Place Part II is the sequel of the 2018 film A Quiet Place. A Quiet Place 2 is an American horror film that tells the story of a family who is surviving in the wild when all the modern world has been destroyed, and humans are being hunted down by the monsters which are attracted by any sound. So the family must stay completely silent and not make even a single sound.

In the first part, the Abbot family is trying to survive in a world where most people have been killed by blind yet noise-sensitive animals, the Abbot family fights for life. To hold the monsters at bay, they are forced to communicate using sign language. Two parents go to great lengths to ensure their children’s safety in a world where predators are chasing every sound they can hear. The family is hiding in silence and not making a sound, but all it takes is one noise for something to go wrong. The first part ends when the family realizes that the creatures are not immune to everything, but they are distressed by high pitch noise and can be destroyed. When they realize their weakness they start to fight back.

A Quiet Place (2018) was a big commercial success, it grossed over $340 million around the world. And it was well-received by the public, and the critics also loved the film.

John Krasinski wrote and directed the sequel, which stars Emily Blunt, Millicent Simmonds, and Noah Jupe, all of whom reprise their roles from the first film. Djimon Hounsou and Cillian Murphy have also joined the cast of A Quiet Place Part II. In newly shot flashback scenes, Krasinski reprises his role from the first film.

On March 8, 2020, the film had its world premiere in New York City, but following a year of postponements due to the COVID-19 pandemic. Now it is expected to be released theatrically in the United States on May 28, 2021, the start of the Memorial Day holiday weekend in the US. 45 days after its theatrical release, it will be available on Paramount+.

The second part will start right where the first part ended. Following the horrific events at home, the Abbott family must now face the threats of the outside world while struggling for survival in secrecy. They soon learn that the animals that prey by sound are not the only dangers that lurk beyond the sand path when they are forced to venture into the unknown.

After their farm burns down, Evelyn Abbott and her children plan to move. They encounter at least two new characters along the way, but it’s unclear if they’ll be allies or enemies in the end. However, the family will learn that there are other types of evil besides the monsters they’ve been hiding from for years. The film also features flashbacks to the start of the dystopian alien invasion, allowing Krasinski’s character, Lee Abbott, to return as the scenes are set in the past.

Krasinski began brainstorming ideas for a sequel three months after the release of A Quiet Place. Other writers and directors’ pitches were ignored by Paramount because they were too franchise-oriented, according to Krasinski. He was asked to write a script based on his concept by the studio. Krasinski started writing the film in August of 2018. He was hired to direct the sequel in February of the following year, and actors Emily Blunt, Millicent Simmonds, and Noah Jupe were confirmed to reprise their roles in the sequel. Cillian Murphy joined the cast in March. Brian Tyree Henry joined the cast the following June, but he left due to scheduling conflicts. In August, he was replaced by Djimon Hounsou.

The sequel’s filming began in June 2019. The first day of filming was July 15th. Filming took place over the course of 47 days in locations throughout Western New York, including Akron, Olcott, Dunkirk, Lackawant to, and Buffalo. Other locations included Erie County and the city of North Tonawanda, as well as Barcelona Harbor in the Chautauqua County town of Westfield. Filming took place in the Hudson Valley area of New York, primarily in the towns of Dover, Pawling, and New Paltz, in addition to Western New York. The Wallkill Valley Rail Trail in New Paltz was revisited for filming on a bridge that appeared in the first film. The production spent over $10 million in Upstate New York, hired 400 people, and featured 300 extras. Development was completed in late September.

The film’s release date was originally scheduled for March 20, 2020, but was then pushed back to September 4, 2020, due to the COVID-19 pandemic. Owing to the absence of a subscription service from 2020 to early 2021, Paramount auctioned off a variety of forthcoming feature films but opted to hold A Quiet Place Part II. The studio’s second postponement was to April 23, 2021, and the studio’s third postponement was to September 17, 2021. Following the postponements, the date was pushed back to May 28, 2021.

As Evelyn Abbot, the widow of Lee Abbott, who died in the first film, and the mother of three children: Regan, Marcus, and baby Abbott.

as Regan Abbot, Evelyn’s deaf daughter. “She has a lot of pressure to become an adult really quickly,” Simmonds said of her character’s growth after the first film. In the sequel, she plays a more prominent role.

as Emmett, Murphy described his role as, “Emmett, in my view, reflects where the world’s heart is right now: finally feeling like everyone has given up. Here comes this girl [Regan], who encourages you to believe in more things and in yourself. I’ve always been intrigued by the definition.”

as Lee Abbot, Evelyn’s late husband and her children’s father. In a few newly shot flashback scenes, he appears.