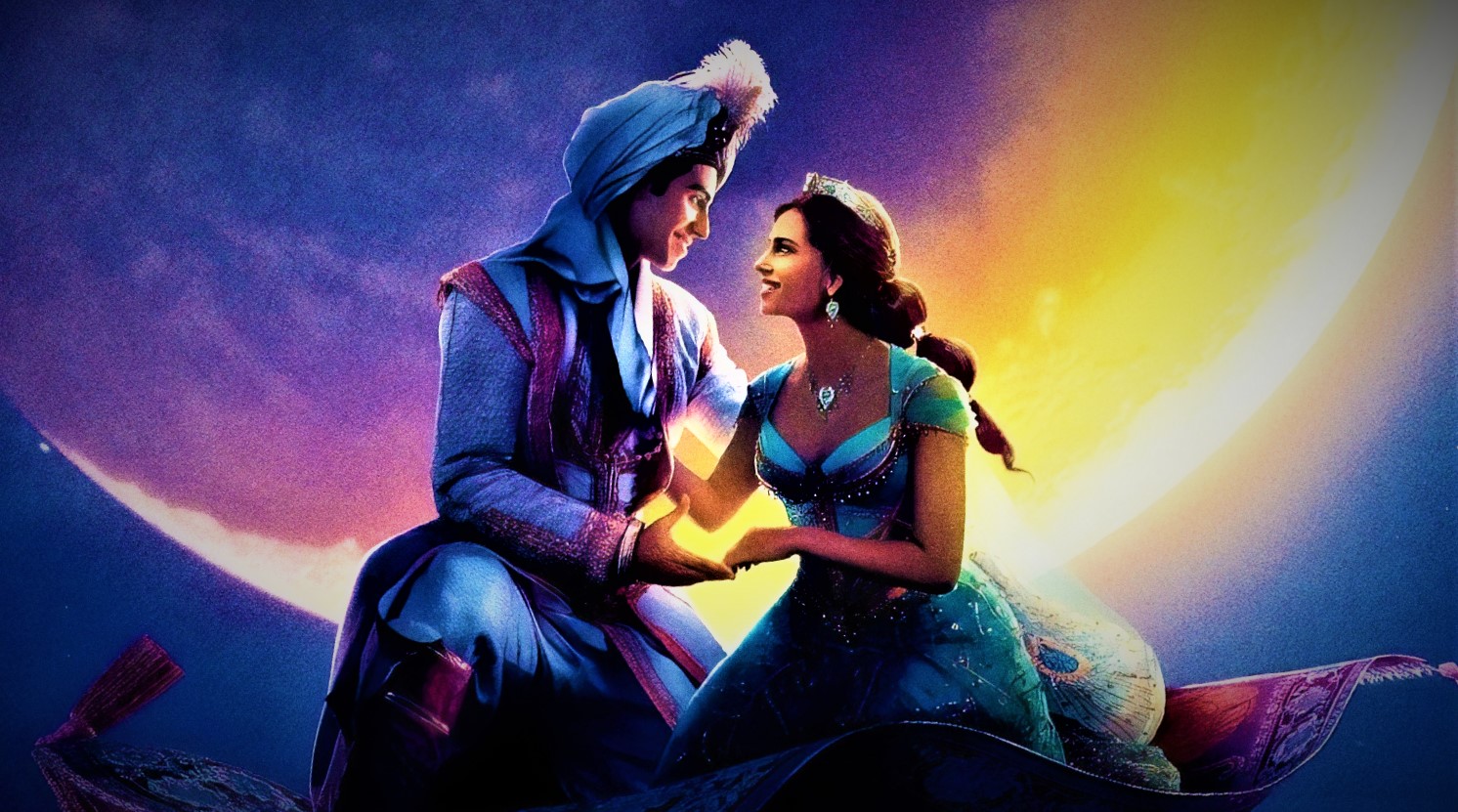 Aladdin (2019) is an American fantasy film based on 1992 animated film of the same name. the film was directed by Guy Ritchie and screenplay was written by John August and Guy Ritchie. Mena Masoud, Naomi Scott, Will Smith, Marwan Kenzari, Navid Neghaban, Billy Magnuseen and Numan Acar are the cast members of the Aladdin.

Aladdin is a street boy living in Arabian city of Agrabah. He has only one friend his monkey: Abbu. They met Princess Jasmine in the market, jasmine snuck out of the castle. Jaffar is the advisor of King but he wants to become a king himself. Aladdin got a lamp and became the master of Genie.

Aladdin got favorable reviews from the critics. The approval rating on IMDb is 6.9/10, on Rotten Tomatoes is 57% and on Metacritics is 53%. The film grossed about $1.051 billion and became the 9th highest grossing film of the year. The budget of Aladdin was $183 million. The film got number of nomination and won awards in different ceremonies. Aladdin received the Best film in Teen Choice Awards. Will Smith have earned the award of Teen Choice Movie Actor. Naomi Scott won the Teen Choice Actress Award. Aladdin was the family movie of the year in People’s Choice Award.

When Genie shows Aladdin a drawing, the characters are in their animated forms.

“Prince Ali” song has a greeting style, Sunday Salaam was changed to Friday Salaam because Friday is the holy day for Muslims.

Tara Sutaira was also considered for the role of Jasmine but the director Guy Ritchie thought that Naomi Scott will look good with Mena Masoud.

“Friend Like Me” song was recorded by Will Smith on the first day when he met the composers.

Dalia is a new character in the film, that was not present in the animated version of the film.

Jim Carry was the first choice for the role of Genie, but he could not be available for long term because of lawsuit.

Aladdin is an Arabic name meaning “Nobility in religion”.

The desert and Cave of Wonders scenes were shot in Jordan while the rest of the film was shot on set in England.

Will Smith as Genie