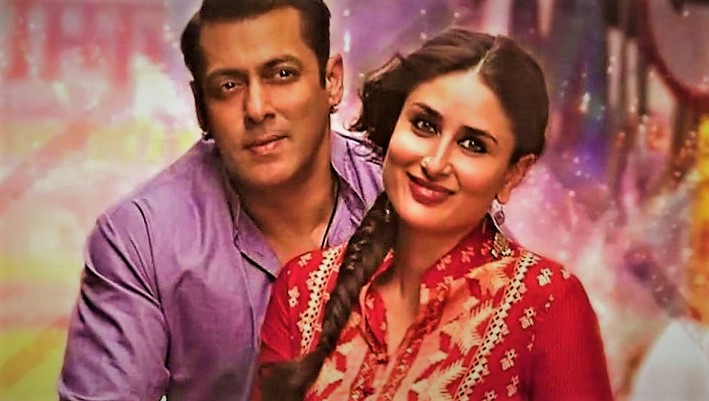 Bajrangi Bhaijan (2016) is an Indian Hindi language film which premiered in 2015. The main genre of the film is comedy and drama. The film stars Salaman Khan, Kareena Kapoor, Nawaz ud din Siddique and Harshaali Malhothra in the leading roles. The film was directed by Kabir Khan and produced by Salman Khan and Rockline Vankatesh. The dialogues were written by Kabir Khan and KausarMunir.Bajrangi Bhaijan was released on July 17, 2015.

The film is about an Indian man Pawan Kumar Chakurvedi, who is a devoted Hindu, who found a Pakistani girl Shahida. At first, he didn’t know about girl’s country and religion. Shahida is a mute Pakistani girl, he embarks a journey to take Shahida back to her parents in Pakistan.

“Bajrangi Bhaijan” was a huge success at the box office. The film received favorable reviews from the critics especially they praise the acting of Salman Khan, Nawaz ud din Siddique and Harshaali. The film grossed about 969 crores worldwide against the budget of 90 crores. It is the second-highest-grossing film of Bollywood in all time. The film has 11 songs. The film won the National Film award for Best Entertainment and received nominations for four filmfare awards including Best Actor and Best film. It received very good reviews and ratings on online film rating websites such as an 8/10 rating on IMDb, and an 88% approval rate on Rotten Tomatoes.

Produced by: Salman Khan and RocklineVankatesh

Salman Khan owns two horses and their names are “Bajrangi” and “Bhaijan”.

The film grossed 168 croes on box office in only 10 days.

Emran Hashmi signed for the role of Chand Nawab but he refused the role later because he thought that he has very small part in the film.

The film is the second highest grossing movie of all time. First one is PK (2014).

Salman Khan and Nawaz ud din Siddique worked for the second time together. Their first collaboration was in the film Kick (2014).

Salman Khan worked in a non-action movie after four years. “Ready” premiered in 2011 and it was a comedy film.

Some scenes of film were shot in Kashmir Valley.