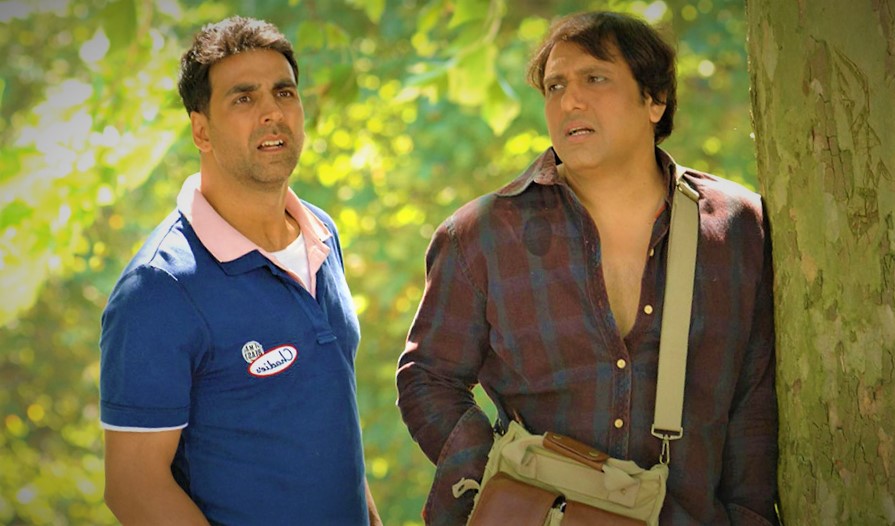 Champak Seth is a director of Theatre (Natak) Company. The whole team was offered to perform in London. Babla and Bunty are two flirt buddies in the group and both wanted to be heroes of the show. Their flirty behaviour with heroine of the show makes her run away, now the duo needed to find a new heroine. But somehow the members of the group were framed for a murder.

Bhagam Bhag budget was ₹24 crores and it grossed about ₹67.8 crores. The film received positive reviews regarding the acting of the cast members especially Akshay Kumar, he is a treat to watch according to Gullu Singh of Rediff. The Times of India appreciated the film and give it 3 stars out of 5. The approval rating on IMDb is 6.5/10. The film has 11 songs, all lyrics were written by Sameer and music composed by Pritam.

Sunil Shetty was the first choice for the role of Babla played by Govinda.

Govinda and Akshay Kumar worked together for the first time in Bhagam Bhag.

Sunil Shetty is the producer of the film and was also considering the role of Babla for himself. Govinda told him casually that his acting career is declining so Shetty offered the role to Govinda.

Shusmita Sen was signed for the lead role but later opted out.

Akshay Kumar told in an interview that Govinda encouraged him to be a hero.

The film was originally titled as “Hasna Mana Hai” at its launch.

The movie was inspired by famous movie “Vertigo”.

Shahid Kapoor and Ajay Devgan were also considered for the role of Babla.