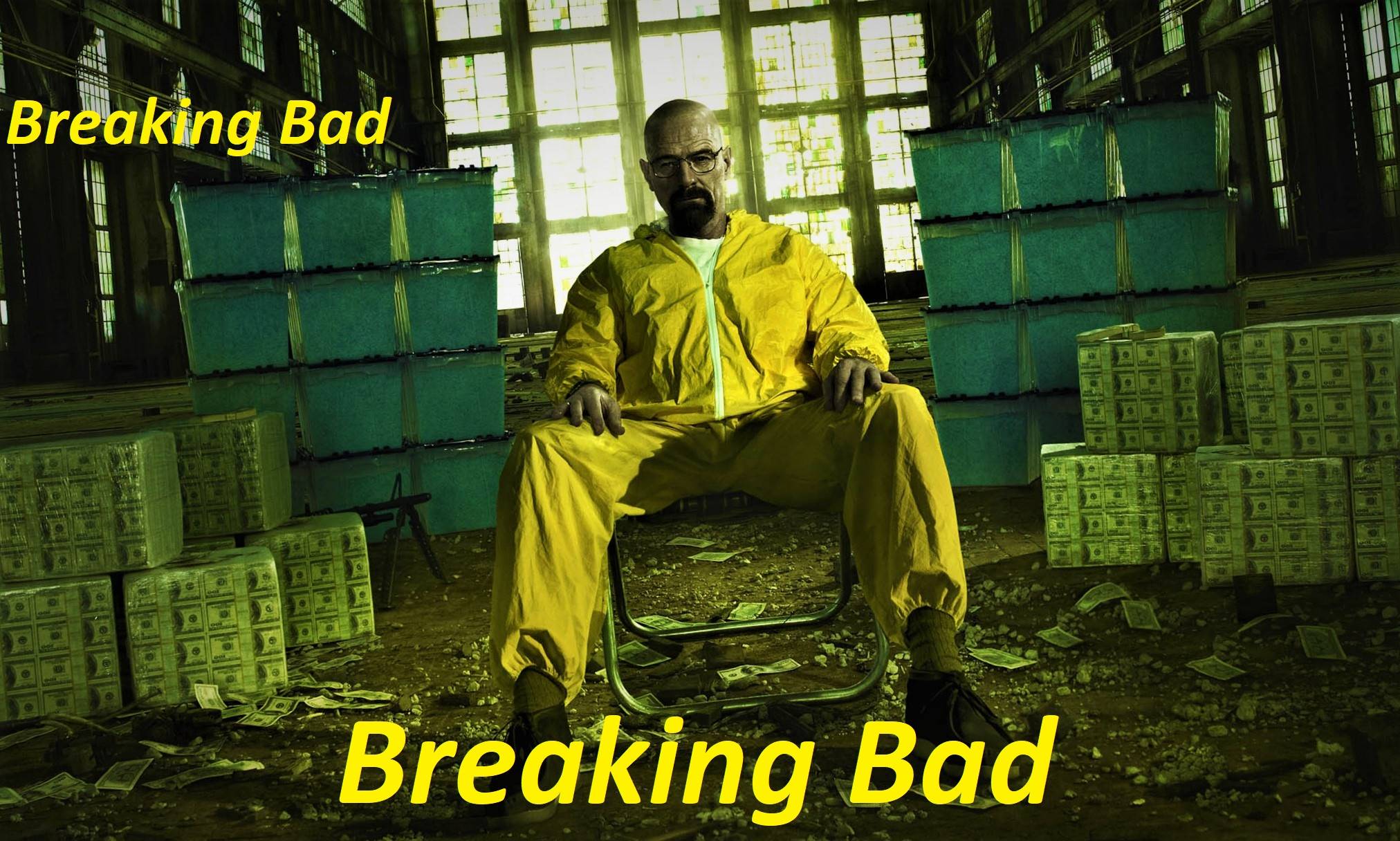 Breaking Bad (2008-2013) has received numerous awards and nominations over the years including sixteen (16) Primetime Emmy Awards, two Golden Globe Awards, two Critics’ Choice Awards, and many more. The show has received 238 award nominations and 152 awards in total, which makes it one of the most award-winning shows on American television. It is also among the highest-rated series on online rating websites. It has a 96% approval rate on Rotten Tomatoes, a 9.4/10 rating on IMDb, and a 9/10 rating on TV.com.

Breaking Bad (2008-2013) tells the story of a high school chemistry teacher in his 50s, Walter White who is a cancer patient and has mid-life crises which lead his way into a criminal world. He becomes a meth-cook and partners up with his former student Jesse Pinkman to become a drug dealer. Walter White eventually ends up a hardened criminal.

Despite it being one of the greatest shows, the creator of the show Vince Gilligan decided to end the show in just five seasons when the show was at its peak. He did not want to continue the show as he feared that it would lose its quality by running for too long, which happened with many great TV shows.

The writers of Breaking Bad wrote the role of Jesse Pinkman for only nine episodes and they initially did not want to make this character one of the leads in the show. But the creator of the show Vince Gilligan was so impressed by Aaron Paul’s performance and portrayal of the character that he decided to keep him alive and make him one of the leading characters.

Many great Hollywood celebrities love the show and consider it one of the best shows ever created. The renowned Hollywood actor Anthony Hopkins watched the entire five seasons of the show in just two weeks and loved it. After he finished watching it he wrote a fan letter to the lead actor of the show Bryan Cranston admiring his work and the amazing acting by all the lead actors in the show. He also praised the work of crew members in creating the show.

RJ Mitte, who played the role of Walt Junior (the lead character’s son) in the show has cerebral palsy in real life too, which is a lot worse than shown in the series. To play this role he slowed down his speech and learned to walk with crutches.

All the meth that actors used in the film is actually sugar or rock candy. A local lady who goes by the name of ‘The Candy Lady’ in Albuquerque made the candy meth that is used in Breaking Bad.

When the writers wrote the initial story of the show they wrote that Walter White would be forty (40) years old. But the production company AMC thought that the age of forty (40) is still too young to have a mid-life crisis, so they changed the character’s age to fifty (50).

When the creator of the show Vince Gilligan met Bryan Cranston to tell him about his character, he told him that the Walter White character would start as a nerdy Mr. Chips character and it would eventually become Scarface type character.

Bryan Cranston who played Walter White in Breaking Bad is a huge BB fan himself. He wears a ring on his finger which has a Breaking Bad tattoo.

The actor who played the role of Walter White’s boss at the car wash, Bogdan, is a real-life Chemistry genius. He has a Ph.D. in Chemistry and works as Chemist. His name is Marius Stan and his role as Bogdan in the show was his first-ever on-screen appearance.

The Walter White’s home in the show is a private residence at 308, Negra Arroyo Lane. A lot of BB fans visit the site to take pictures. Many fans go there and throw the pizza on the roof of the house just like Walter White did in the show, to live the moment. The residents have actually come on TV and have asked the BB fans to not do it and leave them alone. They have actually put up an iron fence around the house and have installed security cameras to stop people from trespassing. They recently made significant changes to the outside look of the house so that people would not recognize it.

In the scene in which Walter White throws the pizza on the roof of his house, it was a total coincidence that the pizza landed on the rooftop. They did not intend it but they liked it so much that they decided to keep it in and actually had a camera shot from the spot where pizza landed.

Every Breaking Bad fan knows Tuco and his two cousins. When the creators of the show cast the first cousin, they asked him if he knows somebody who looks like him and has a strong physique just like him, he said yes and told them about his brother. The creators cast his brother for the role of the second cousin straight away.

After filming the scene in which Jesse’s girlfriend Jane dies and Walter White watches him die without helping her, Bryan Cranston cried because at the time he was thinking of his own daughter.

You all remember the fight scene between Tuco and Jesse in the finale of the first season. The fight was so intense and the actors were trying to make it look very realistic, so during the filming of the fight, Aaron Paul took a hard shot from Raymond Cruz and ended up knocked out and had a concussion.

The main character of the show is Walter White who is a Chemistry genius but becomes a criminal in his 50s. He commits many serious crimes such as murder, money laundering, cooking, selling crystal meth, and many more. But the character who is hated most by the fans is Skyler, the wife of Walter White. Almost every BB fan hates Skyler, despite her being a strong and stand-up woman. There are many social media pages, channels, blogs, and Web pages that focus on all the negative aspects of the Skyler character. Anna Gunn wrote in an article about the phenomenon of TV viewers usually hate the strong female characters on-screen, even though there may be more bad and hateful characters in the production.

The two lead actors Aaron Paul and Bryan Cranston are the only two actors in the show who appeared in all 62 episodes of the show.

The Game of Thrones super star Sophie Turner considers Breaking Bad as one of her most favorite television shows.