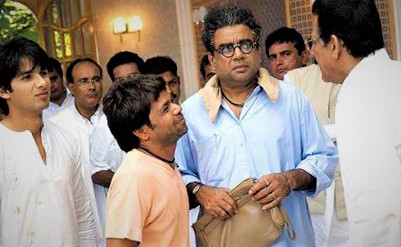 Chup Chup Ke is an Indian family film. The genre of the film is drama and comedy. Shahid Kapoor and Kareena Kapoor are the lead actors in the film. This film also stars Neha Dhopia, Sunil Shetty, Paresh Rawal, Rajpal Yadav, Om Puri and many other actors with small appearances.

Jeetu (Shahid’s character) is the son of a school teacher, he has to pay debts to many people. He decided to attempt suicide so his father will get the insurance money and his debts will be paid. But luck has something else for him, that’s why he got rescued by Gundyababu and Bandeya, who misunderstood him as a mute person. This is the turning point of his fate

This film premiered on June 9, 2006 in India. This film received mixed reviews from the audience. The comedic performance of Rajpal Yadav and Paresh Rawal was much appreciated. The times of India suggests that there was no spark between Kareena Kapoor and Shahid Kapoor performance, there was also lack of humour. The television premier occurred on Star Gold. The film grossed $255 million at the box office worldwide. Chup Chup Ke got 6.9% IMDb rating.

Malyalam actor Dileep was hired to do the dubbing of Shahid’s character when he was mute. Dileep worked in the original film “Punjabi House”.

The film was originally titled as “KhataMeetha”, but later on they changed it.

The main lead actor was Shahid Kapoor, but people remembered it because of the epic performance and comic timing of Rajpal Yadav.

Akshay Kumar was signed as a lead actor but he opted out later.

Kareena Kapoor and Neha Dhopia shared costumes in the film.

Sunil Shetty and Shahid Kapoor worked toghether for the second time together. The first time was in “DewanyhoyePagal”.

Kareena Kapoor played a role of mute girl for the first time.

Neha Dhopia and Kareena Kapoor worked together for the first time.

The story of the film is inspired by Malayan Film “Punjabi House” which premiered in 1998.