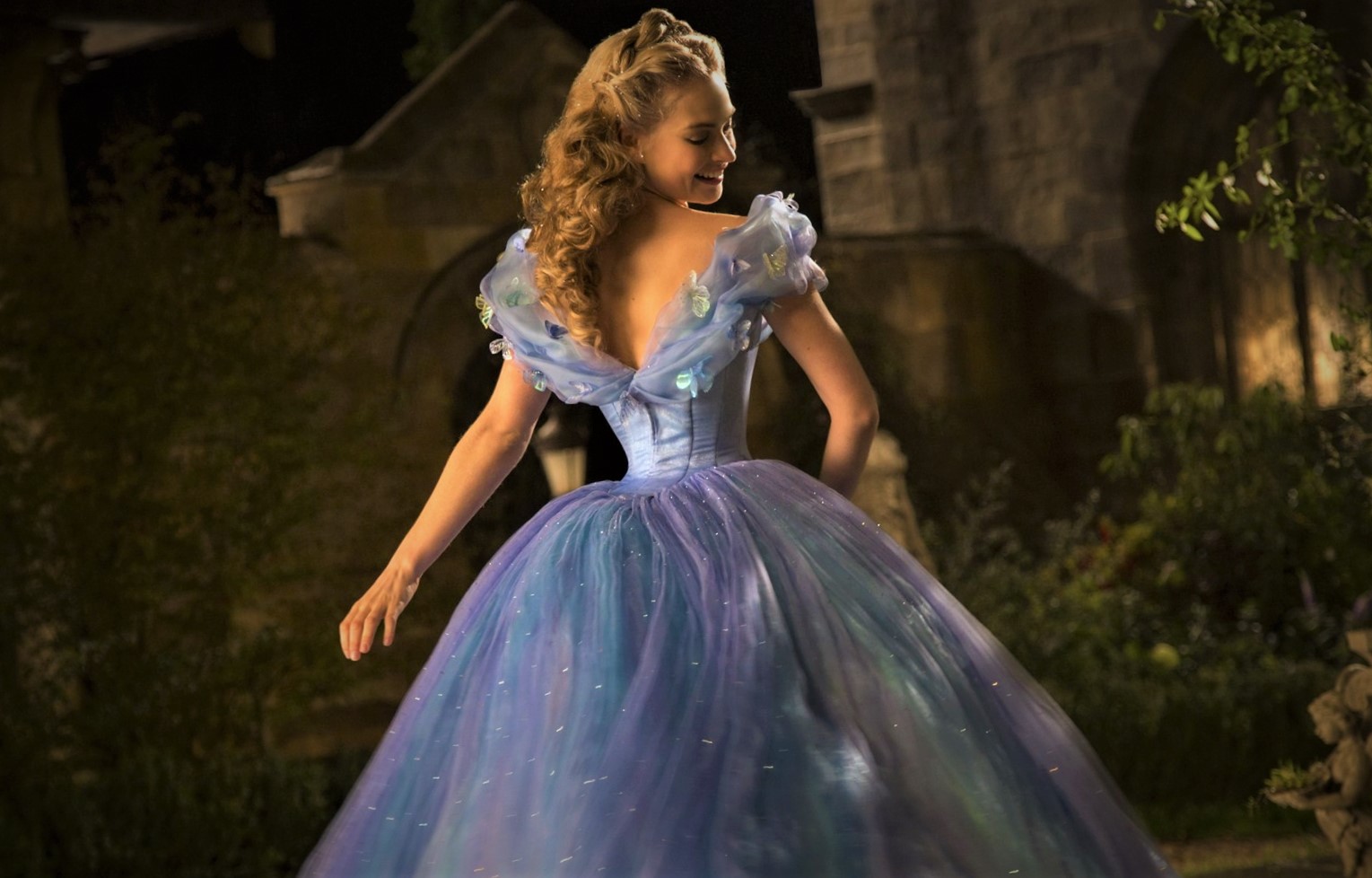 Cinderella (2015) is a romantic fantasy film which premiered in 2015. The film is a live action film inspired from Disney animated film of the same name which premiered in 1950. Lily James portrays the famous character of Cinderella. Cate Blanchett, Richard Madden, Stellan Skarsgård, Holliday Grainger, Derek Jacobi, and Helena Bonham Carter are the supporting cast of Cinderella. The film was directed by Keneth Bernagh. The screenplay was written by Chris Weitz.

The story is about a girl Ella who lives with her parents happily. Her mother fell ill and died but she advised her “to have courage and be kind”. Her father marries a recent widow named Lady Tremaine who has two daughters Drizella and Anastasia. Ella’s father went on a business trip and died during journey. Lady Tremaine reveals her cruel self to Ella, she dismissed all the staff of the house to save money and Ella would do all the household chores. Ella slept in the attic and has cinders on her face so her step sisters make fun of her and called her “Cinderella”. One day Ella was riding on her horse in the forest and met Kit (soon to be King), Kit liked her and hide his identity. He told Ella that he works in a palace. This is the start of their love story.

The film “Cinderella” got favorably positive reviews from the critics. The audience loved everything about the film i.e its costumes, music and every scene. The approval rating on Rotten Tomatoes is 84% and 6.3/10 on IMDb.  The film grossed about $542.4 million in box office while the budget of the film was $85-95 million. The film got number of nominations in different award functions. Cinderella received the Best Fantasy Film at Saturn Awards and Best Animation/Family Trailer at Golden Trailer Awards. Sandy Powell won the award of Best Costume at Caprii Hollywood Film Festival Awards.

About 10,000 Swaroski crystals were placed on Cinderella’s gown and on Lily James Hair.

Lily James auditioned for the role of Anastasia, but she ended up as Cinderella.

The actors completely improvised the final dancing scene and the director loved it and kept it in the final cut of the film.

The total fabric used in the making of blue dress is 270 yards and two miles of hem.

Emma Watson was in talks with Disney to star as Cinderella but she didn’t get the role. Emma Watson was cast as Disney Princess later in 2017 as Belle of “Beauty and the Beast”.

Lily James had no experience of horse riding before production.

The film premiered on the 65th anniversary of the animated film “Cinderella”.

The name of the horse which Ella rides is “Pinnochio”.