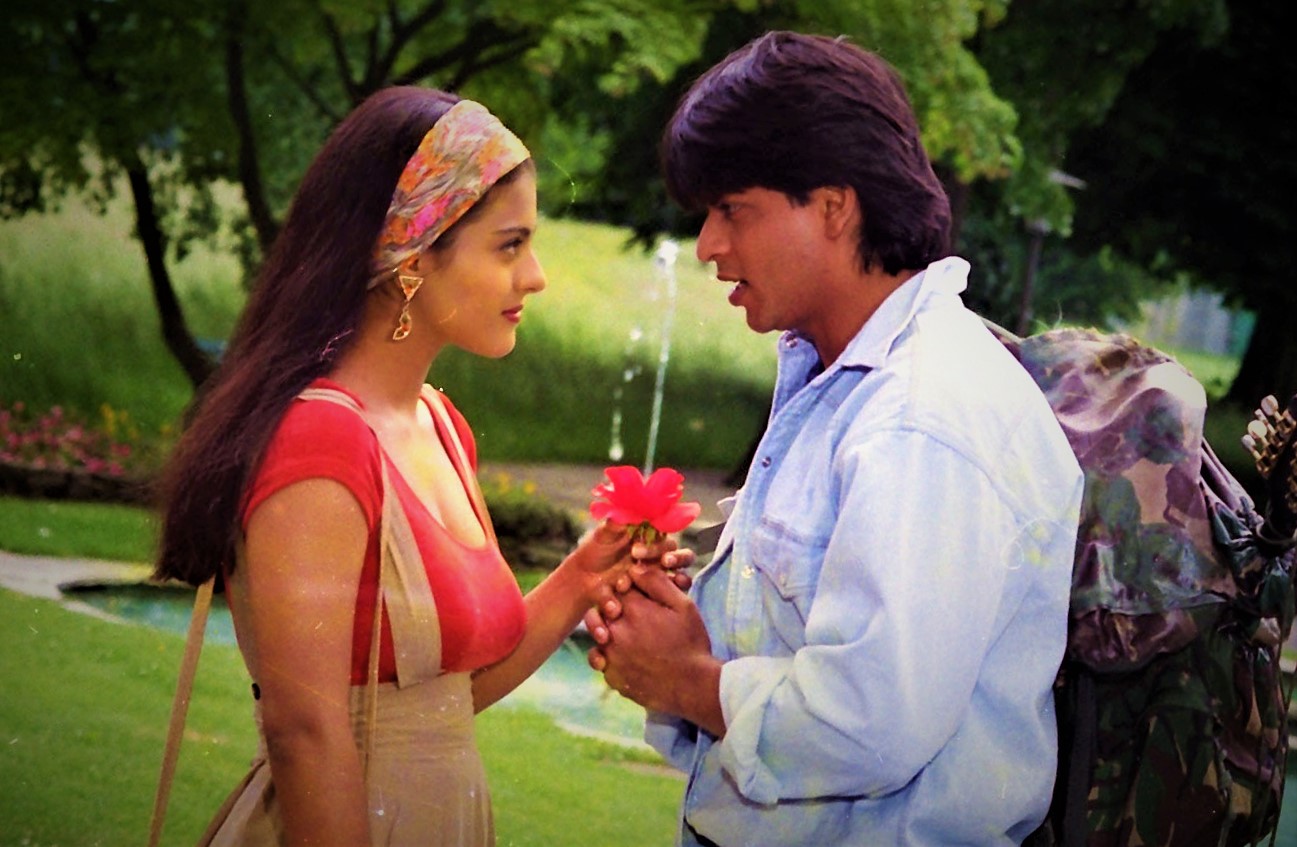 Dilwale Dulhania Le Jayenge (alsoknown as DDLJ) is a 1995 Indian film directed by Aditiya Chopra and produced by Yash Chopra. The film was also written by Aditiya Chopra with Javed Siddique. The film premiered on October 20, 1995. Shahrukh Khan and Kajol played the lead roles of Dilwale Dulhania Le Jayenge. Amraish Puri, Farida Jalal, Satish Shah and Pooja Ruparel are the supporting cast of DDLJ. The main genre of the film is drama and romance.

Raj and Simran are the non-residents living in London with their families. They met each other on a Europe trip. They did not fell in love at first sight, but with time both develop feelings for each other. Baldev Singh is the father of simran. He moved back to India to marry her daughter.

DDLJ received the favorable reviews from the critics. The film grossed about 1.22 billion at box office while the budget was about 400 million. The approval rating on IMDb is 8.1/10, and on Rotten Tomatoes is 100%. DDLJ is the most successful Indian Film in history.  It was referenced in the book “1001 Movies You Must See Before You Die”. DDLJ is the only longest running movie in the Indian film industry. The film got many nominations and awards. DDLJ won 10 Filmfare awards and also National Film Award for Best Popular Film.

In the ending of the song “RukJa O DilDewany”, Shahrukh Khan dropped the lead actress Kajol. Kajol didn’t know about this and her expressions were real.

The Title Dilwale Dulhania Le Jayenge was suggested by Kiran Ker. She is a wife of Anupam Kher, who portrays the father of Raj in the film.

It was difficult to shot the scene where Sahrukh Khan told Kajol how they spent the previous night, because whenever Shahrukh open his shirt, Kajol started laughing.

Karan Joahar and Arjun Sablok played the role of Shahrukh’s friends in the film. They both became successful directors.

Saif Ali Khan received the offer for the role of Raj Malhothra but he refused.

Many blind people have experienced this movie and loved it.