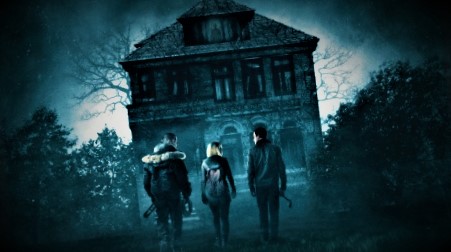 Don’t Breathe (2016) is an American film based on thrill and horror. It premiered in 2016. The film was directed and produced by Fede Alvarez. Renowned writers Fede Alvarez and RodoSayagues wrote the filml. The film stars Jane Levy, Dylan Minnette, Daniel Zovatto, and Stephen Lang as the main cast members.

The film story is about three small thieves when they enter the house of a blind man to rob him. Blind man is a retired army person and they knew that he has got a lot of money during his settlement, they were sure money is inside the house. When thieves realized that they were in big trouble, it was too late.

“Don’t Breathe” premiered on August 26, 2016. The film received positive reviews from the critics. The performance, direction, screen play and the tense scenarios were loved by the audience. The film grossed about $157.8 million against the budget of $9.9 million. The approval rating on IMDb is 7.1/10 and on Rotten Tomatoes is 88%. A sequel of the film (Don’t Breathe 2 (2021) premiered on August 13, 2021. The film received nominations in different award functions for Best Horror Film of the Year and won the award in Satum awards. Stephan Lang won the award of Best Supporting Actor in Fangoria Chainsaw Award.

Stephan Lang wore contact lenses during filming of the scenes, it lessens his vision. The other co-stars also wore lenses for the dark scenes which makes their pupils dilated and restrict their vision.

The film wafes originally titled as “A Man in the Dark” but later on, they changed it to “Don’t Breathe”.

In the first draft of the film, Rocky has a longer back story.

The blind man has no dog in the first draft of the script.

The combination of the safe in which blind man is keeping money is “2978”. This is the birthdate of director Fede Alvarez Febraury 29, 1978.

Stephen Lang as the blind man