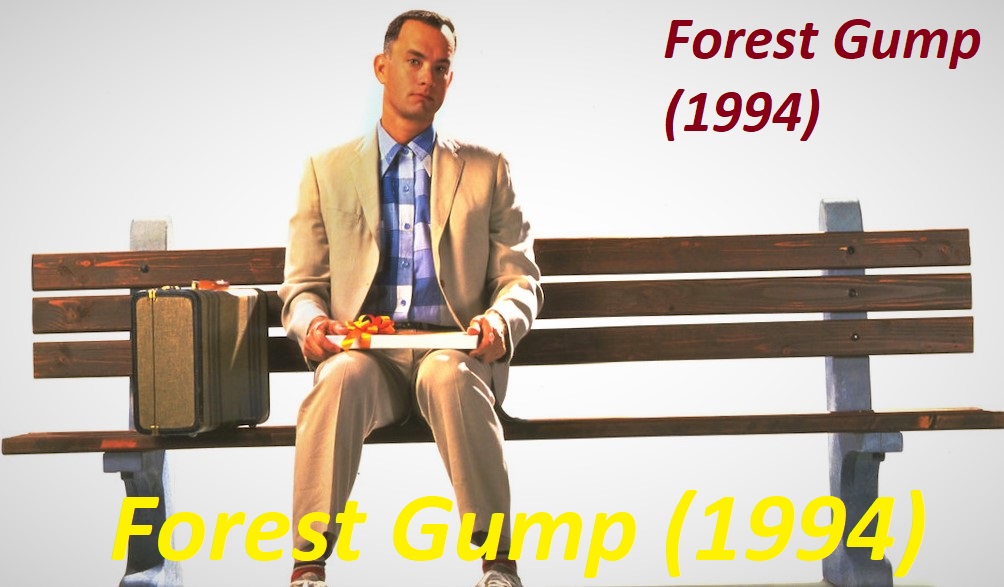 The American romance drama film Forrest Gump (1994) is one of the best comedic romance and war films of all time. Forrest Gump (1994) is based on Winston Groom’s novel of the same name, published in 1986. The renowned film director Robert Zemeckis directed the film which stars Tom Hanks in the lead role and Gary Sinise and Robin Wright in supporting roles. The film tells the life story of Forrest Gump who is a slow-witted but very kind, humble, and warm-hearted man. Forrest Gump unintentionally becomes a part of many historical events in the United States in the late 20th century.

Though Forrest Gump (1994) is based on the novel it significantly differs from the novel. Eric Roth wrote the screenplay of the film, Alan Silvestri composed the music and Don Burgess did the cinematography. Paramount Pictures and The Tisch Company were the production and distribution companies of the film.

Forrest Gump (1994) premiered on June 23, 1994, in Los Angeles, where it received a lot of good reviews. It premiered in the United States on July 6, 1994, where it received critical acclaim for its direction, visual effects, screenplay, music, and performances by the actors and actresses. Forrest Gump (1994) was also a huge commercial/box office success. With its budget of $55 million, it grossed over $677 million on its theatrical run, while it made over $683.1 million overall. Forrest Gump (1994) became the second highest-grossing film of 1994. It received several award nominations including six Academy Awards wins, three Golden Globe wins, one BAFTA award, one SAG Award, and many more.

Forrest Gump is a humble, kind, and soft-hearted young man with a low I.Q, He struggles to fit in the society and with the people around him. His only friends are his mother and his childhood friend Jenny. They help him to understand the life and perks of it. His mama tells him that he has to choose his destiny and live life the way he wants to.

With his sports abilities, he somehow graduates from college, and joins the U.S military, and goes to serve in Vietnam, where he becomes friends with Dan and Bubba. He wins medals for his courage in war. He becomes famous for ping-pong, founds a shrimp fishing company, inspires people for jogging, writes bumper stickers and slogans, creates the smiley, donates to charities and people. He becomes very rich but all he wants is a life with his childhood sweetheart Jenny, who has messed up his life.

Chicago Sun-Times’ Roger Ebert wrote “I’ve never met anyone like Forrest Gump in a movie before, and for that matter, I’ve never seen a movie quite like ‘Forrest Gump.’ Any attempt to describe him will risk making the movie seem more conventional than it is, but let me try. It’s a comedy, I guess. Or maybe a drama. Or a dream.” Variety’s Todd McCarthy commented on the film by saying that the film “has been very well worked out on all levels, and manages the difficult feat of being an intimate, even delicate tale played with an appealingly light touch against an epic backdrop.”

Forrest Gump (1994) is one of the highest-rated films on film rating websites. It holds a 71% approval rate on the review aggregator website Rotten Tomatoes, an 8.8/10 rating on IMDb, and a 7.8/10 rating on Metacritic.

A soldier tells Gump that the only trick to play ping-pong is to always “keep his eye on the ball”, and after that whenever he is seen playing ping-pong in the film, he never blinks.

In the running sequences Jim Hanks, Tom Hanks’ brother, doubled for him.

When asked about the unhearable speech that Gump delivers in Washington at the Vietnam rally, Tom Hanks said that Gump said “Sometimes when people go to Vietnam, they go home to their mommas without any legs. Sometimes they don’t go home at all. That’s a bad thing. That’s all I have to say about that.”

John Travolta, Chevy Chase and Bill Murray were offered the lead role in the film but they turned it down.

Dave Chappelle, Ice Cube, and David Alan Grier were offered the role of Gump’s best friend Bubba in the film, but they refused the offer.

Nicole Kidman, Jodie Foster, and Demi Moore were offered the role of Jenny Curran in the film but they all refused.

In December 2011, the Library of Congress included Forrest Gump (1994) in the National Film Registry for being “culturally, historically, or aesthetically significant.”

Tom Hanks was suffering from influenza on they day they shot the football running scenes.

Forrest Gump (1994) was nominated for 125 local and international awards, and won 50 awards.