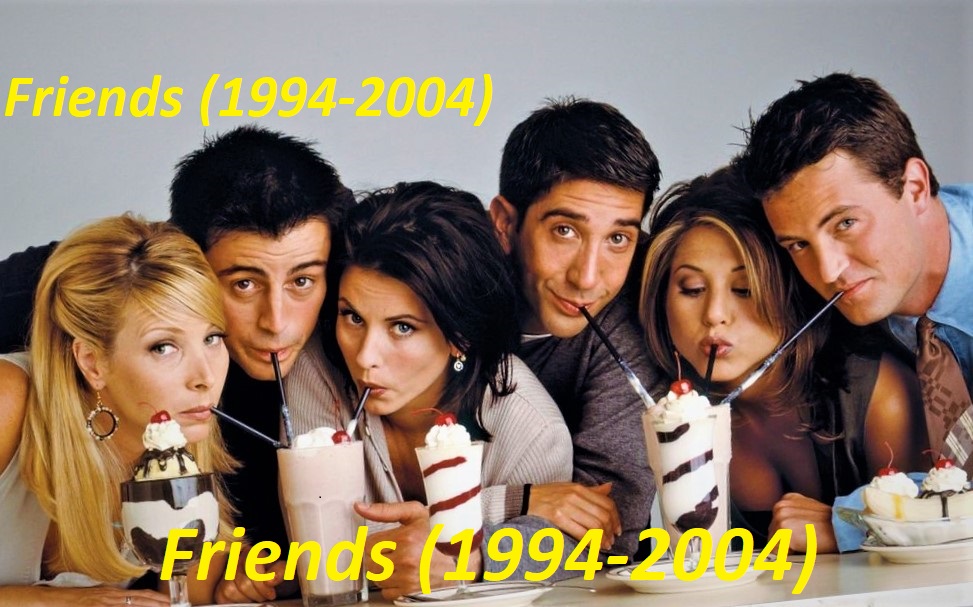 Friends (1994-2004) tells the story of six adult friends living in Manhattan, who all have problems of their own. David Crane and Marta Kauffman are the producers and writers of the show and its production companies are Warner Bros. Television, and Bright/Kauffman/Crane Productions.

Before being cast, Matt LeBlanc who played the role of Joey Tribbiani in Friends (1994-2004) was a struggling actor and was going through extreme financial crises. He only had eleven dollars ($11) at the time he was cast for Friends. The first thing he bought with his first paycheck at Friends was a hot dinner.

The Joey character was supposed to be some kind of a jerk in the initial script. But Matt LeBlanc said to the writers that if Joey is a jerk then why would other characters be friends with him? It got them thinking and the writers changed Joey’s character to what we see in the show.

When Matt LeBlanc went to audition for the role of Joey, he had a large cut on his nose. He explained that he had fallen on a sharp toilet seat and hurt himself.

Every Friends fan knows the song ‘Smelly Cat’ which was sung by Phoebe Buffay (Lisa Kudrow) in the show. One night Lisa Kudrow wrote this song with her best friend when they were both drunk. The producers and writers of the show loved the song and the rest is history.

Most of the people miss this detail but the hard fans know that the art at the Central Perk coffee house was changed every three episodes.

The casting directors hired Courteney Cox for the role of Rachel. But after reading the parts of Monica and Rachel characters Cox decided that the role of Monica would be perfect for her, which proved to be right.

Courteney Cox who played Monica Geller in the show bought a car with her first paycheck on the show Friends.

The first time Courteney Cox dressed up as fat and teenage Monica it was so hard for cast and crew members to recognize her. Matthew Perry walked right past her and did not recognize her.

Matthew Perry is also very funny and has a great sense of humor. Many of his original jokes were included in the script. Perry’s high school teacher was so sick of his jokes and crazy remarks that because of his foolishness and jokes he would never do something big in life and lead a normal life. So, when People Magazine featured Perry on its cover, Perry sent a copy of that cover to his teacher.

If you count all the money that Chandler lent to Joey in ten (10) seasons, you would know that Joey owes a total of $119,760 to Chandlers.

Matthew Perry had serious drinking problems in the late 90s. He has said that he hardly remembers shooting/filming three seasons of the show (from the 3rd season to the 6th season).

The white dog statue that Joey bought when he became rich, actually belonged to Jennifer Aniston. Aniston’s friend gifted that dog statue to her when she entered acting, as good luck. Aniston lends the dog statue to the show for some episodes but the producers decided to keep it there permanently.

David Schwimmer, along with other cast members, led intervention for Jennifer Aniston for her always being late to come to the set.

David Schwimmer is not the only one who had a crush on Jennifer Aniston. In an interview, Matt LeBlanc told that he actually had a crush on Aniston. He stated, “Now I had a little crush on Jen in the very beginning, but I think the whole world did too, so what are you going to do?”

Every Friends fan knows the Golden Frame around the pepephole on the door of Monica and Rachel’s apartment. That frame was actually a mirror that was accidentally smashed by a crew member. The frame looked very good so they left it there.

The producers of the show never considered making Chandler and Monica a couple. They just wanted to do a one-night thing in the London episode. But when Monica appeared out of Chandler’s bedsheet, the audience loved it and cheered it for over twenty-five (25) seconds. This reaction got the producers thinking and they decided to make them a couple.

Matthew Perry who played Chandler Bing, and Jennifer Aniston who played Rachel Green in the show, knew each other long before they were hired on the show, and were actually good friends.

When Tom Selleck, who played Monica’s boyfriend Richard on show, walked on set for the few first times, the audience got very excited and gave him standing ovations which disturbed the shooting. They actually had to shoot his scenes later again without the audience.

In the show we see that Joey can’t speak French at all. But in reality Matt LeBlanc speaks French fluently.

Brad Pitt and Jennifer Aniston (married to each other at the time) hosted a dinner at their house for the cast and crew members of the show. At this party, they served bottles of wine that were saved by Kevin Bright, the producer of the show, in 1994.

Courteney Cox who played the role of Monica on the show had said that Matthew Perry (Chandler) helped her so much in becoming the Monica character that we see on the show.

It is rumored that the only reason they decided to marry Phoebe with Mike is that the whole cast, crew, and many others loved Paul Rudd and wanted to keep him on the show.

Friends have received hundreds of awards and nominations over the years. It has received a total of 297 award nominations of which it has won 77 awards, including six (6) Primetime Emmy Awards.

The American actor James Michael Tyler who played the role of Gunther throughout the series showed up on his audition with dyed hair. His friend who was a hairdresser had dyed his hair for the experiment. The makers of the show loved it and hired him for the role of Gunther and kept his hair the same way for ten seasons.

Friends is ranked on #7 on Empire magazine’s list of ’50 Greatest TV Show of All Time’.

The opening/theme song of Friends, “I’ll be there for You” is loved by the millions and it was one of the most listened to songs at a time.

There are many celebrities who appeared as guest stars on the show including Brad Pitt, Winona Tyler, Bruce Willis, Reese Witherspoon, Robin Williams, Julia Roberts, Billy Crystal, and many more.

The Friends’ fans always love to see the six actors of friends together. And they have so rarely appeared together after the show ended in 2004. There was a Friends: Reunion recently in 2021 in which they all got together once again after almost seventeen (17) years. Friends: The reunion episode aired on May 27, 2021, and people loved it.