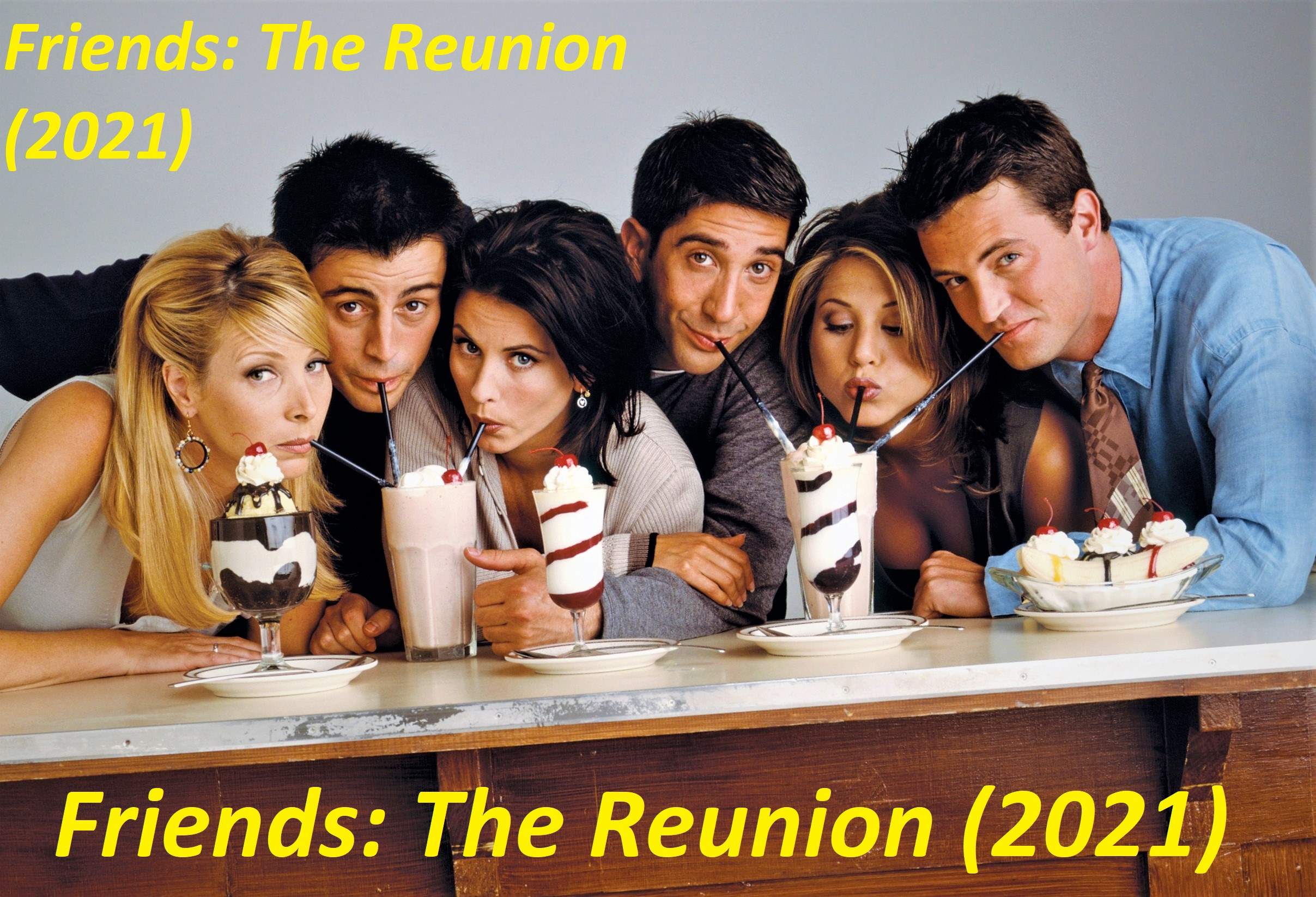 Friends Reunion, ‘Friends: The Reunion’ or “The One Where They Get Back Together” is a special episode of the most popular and most admired American television sitcom series Friends. This is an unscripted episode in which all the main characters of the sitcom, the guest stars of the show, and other celebrity guests will visit the original sets of the Friends such as the Central Perk coffee shop, their (friends) apartments, and the famous water fountain on which the theme song is filmed. The cast of Friends will do re-enactments of different episodes, table reads, watch the original behind-the-scene videotapes, and many more. The renowned British producer and director Ben Winston directed and co-produced the Friends Reunion with Marta Kauffman, Kevin S. Bright, David Crane, and the entire main cast of the Friends which includes Matt LeBlanc, Jennifer Aniston, David Schwimmer, Matthew Perry, Lisa Kudrow and Courteney Cox.

This is the first time the whole cast of Friends gets together and visits the original sets of the sitcom, after the last episode of the show which aired in 2004.

The HBO Max announced that the Friends Reunion (2021) special episode will premiere on May 27, 2021, on HBO Max. Friends Reunion will be released internationally after its initial release. It will be available to watch on different live streaming media such as; Sky One in the United States, on Now in the U.K, on TVNZ 2 and TVNZ OnDemand in New Zealand, on Foxtel Now and Binge in Australia, and on ZEE5 in India.

HBO Max released a 2:10 min Friends: The Reunion trailer on May 13, 2021, which shows some of the shots of the Friends Reunion and it looks like that the Friends fans are gonna have a good time watching this Friends Reunion. The main cast of the sitcom Friends can be seen repeating and remembering different ‘the most memorable scenes of the show. They also share how Friends has affected their lives and what the sitcom and their character mean to them.

The Main Cast of Friends

a paleontologist who works at the Museum of Natural History, Chandler’s school friend, and Monica Geller’s older brother.

a struggling actor, a caring and loving guy who is also known for his womanizing nature. Chandler Bing’s roommate and best friend.

a self-taught musician and a masseuse, who is very weird in her own ways. She spent several years living on the street after her mother committed suicide.

The special reunion episode was supposed to be released in May 2020, but the filming and release date was moved up to May 27, 2021, because of the Covid-19 global pandemic.

The original directors and producers of the sitcom Friends produced and created the Friends: The Reunion (2021) episode.

Apart from the guest stars of the sitcom, there are many other celebrity guests who will appear in the reunion episode such as Lady Gaga, Justin Bieber, David Beckham, Malala Yousafzai, Cindy Crawford, Mindy Kaling, BTS, and many more.

The six actors will sit for a table read and remember and re-act the famous and most memorable Friends scenes including Pheobe repeating her dialog “My Eyes!, My Eyes!’ refers to the episodes in which they all find out about ‘Monica and Chandler’s secret relationship.

There are many supporting characters of the sitcom Friends some of whom will appear in the Friends Reunion special episode such as; James Michael Tyler who played Gunther, Christina Pickles and Elliott Gould who played Monica and Ross’s parents, Tom Selleck who played Monica’s boyfriend Richard for some time, Reese Witherspoon who played Rachel’s sister Jill, Maggie Wheeler who played Janice, Paul Rudd who played Phoebe’s husband Mike, and more.

It is also revealed in the trailer that they will also solve the long-term dispute between the characters that they played including ‘if Ross and Rachel were really on the break or not.’

All the Guest Celebrities in Friends Reunion (2021)

The American sitcom series Friends (1994-2004) is one of the best sitcoms ever created. It began airing in 1994 and ran for ten (10) seasons until its last episode aired in May 2004. The show follows the lives of six friends in their 20s and 30s, living in New York City. David Crane and Marta Kauffman produced the series in association with Warner Bros. Friends are one of the most popular TV sitcoms of all time. All of its seasons have received top rankings and critical acclaims. Its final episode was watched by 52.5 million Americans when it aired on May 6, 2004. The sitcom has received over 200 nominations and over 70 awards from several major and minor award shows including Primetime Emmy Awards, BAFTA Awards, Screen Actors Guild Awards, and many more.

The TV Guide listed Friends on #21 on its list of ’50 Greatest TV Shows of All Time’.

Friends has also appeared in top rankings of many other Greatest TV Shows of all time lists.