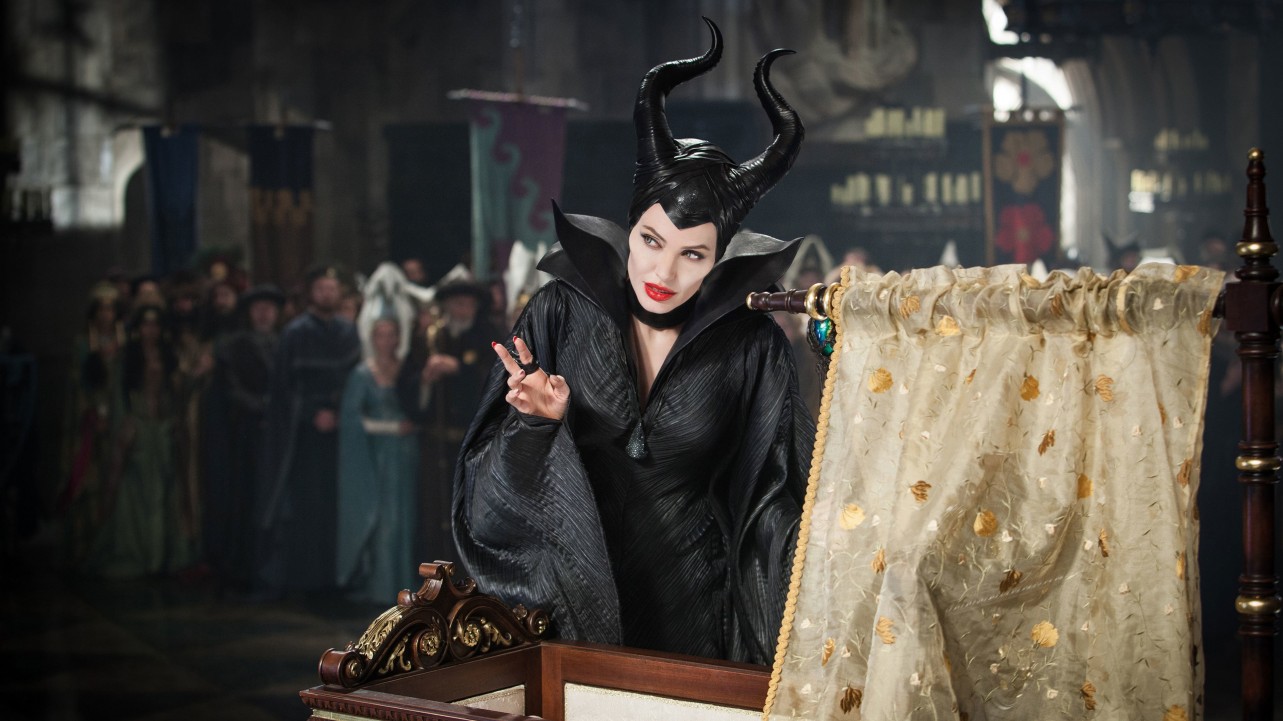 Maleficent played by Angelina Jolie is a powerful fairy living in Moors. She fell in love with a boy named Stefan. Both shared a true love’ s kiss on Maleficent’s 16th birthday. Maleficent and Stefan’s love fade away as they grow older. When King Henry tries to capture Moors, Maleficent defends her kingdom bravely. King Henry announced that whoever kill the Maleficent will be king after him. Stefan made a plan and calls Maleficent and drugged her, he can’t kill her because they have history together, so he cut her wings off and showed them to King and said that Maleficent is dead. Stefan became the king. Maleficent was angry and when she heard that King Stefan has a new-born daughter Aurora, she curses her that on her 16th birthday, she will prick her finger from spinning wheel spindle and fall into a permanent sleep. The curse can only be broken by true love’s kiss. Maleficent and Stefan both knew that it is impossible to have a true love.

The film received positive reviews from the critics. The approval rating on IMDb is 7.0/10 and on Rotten Tomatoes is 54%. The film was commercially successful grossing about $758.5 million against the budget of $180-263 million. The film got several nominations and won the Best Family Film at People’s Choice Awards. Angelina Jolie received the award of Favourite Villain at Kids Choice Awards. A sequel of the film premiered in 2019.

Angelina Jolie told in an interview that children on the set were scared of her because of the witch look. Little Aurora was played by her daughter Vivienne Jolie-Pitt; she was the only child not scared of Maleficent.

Angelina Jolie worked very closely with the costume designer, makeup artist and hairstylist as she wanted to create a scarier look.

Disney wanted to use the beauty of Angelina Jolie for the promotions of the film but she preferred scarier witch look.

Angelina Jolie kept the pair of horns at her home.

Maleficent’s magic changes colour according to her behaviour, it turns gold when she’s good and it turns green when she’s bad.

In June 2015, it was officially announced that sequel will be made.