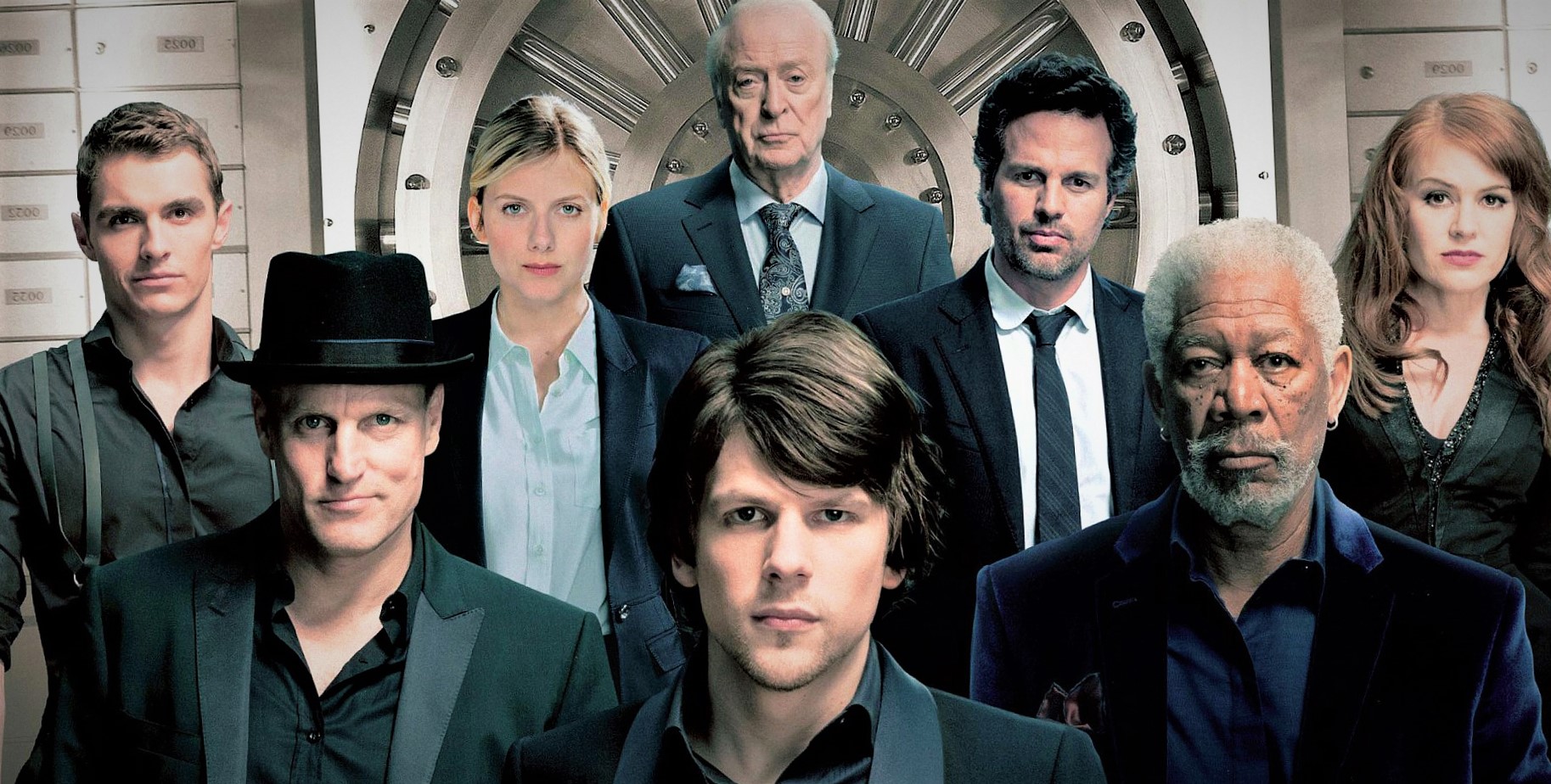 “Now You See Me (2013)” is an American film based on thriller and money heist. The director of the film is Louis Leternier and is produced by Alex Kurtzman, Roberto Orci and Bobby Cohen. The film mainly features the four horseman played by Jesse Eisenberh, Woody Harrelson, Isla Fischer and Dave Franco. Brian Tyler was the composer of the film Music.

An FBI agent played by Mark Rufallo and an Interpol detective played by Melanie Rolent track a team of magicians, magicians pull off bank heists during their live performance and showered the money on the audience.

Morgan Freeman said that “These bars give a man time to think”, he said the same dialogue in The Shawshank Redemption (1994).

The card trick used in the starting of the film is performed by many magicians in real life.

Isla Fisher told in an interview that her character Henley in the film is “germ phobic”, which explains why she’s wearing gloves throughout the movie.

Dave Franco and Mark Ruffalo throw cards on each other during the fight scene, Dave actually cut Mark’s face.

There was no female horseman in the original draft of the film.

Amanda Seyfried was considered for the role of Henley Reeves but role ended up with Isla Fisher.

During the hologram appearance in the apartment, if you look a little closer you will see the name of the company “Tri Mark”, who make the movie.