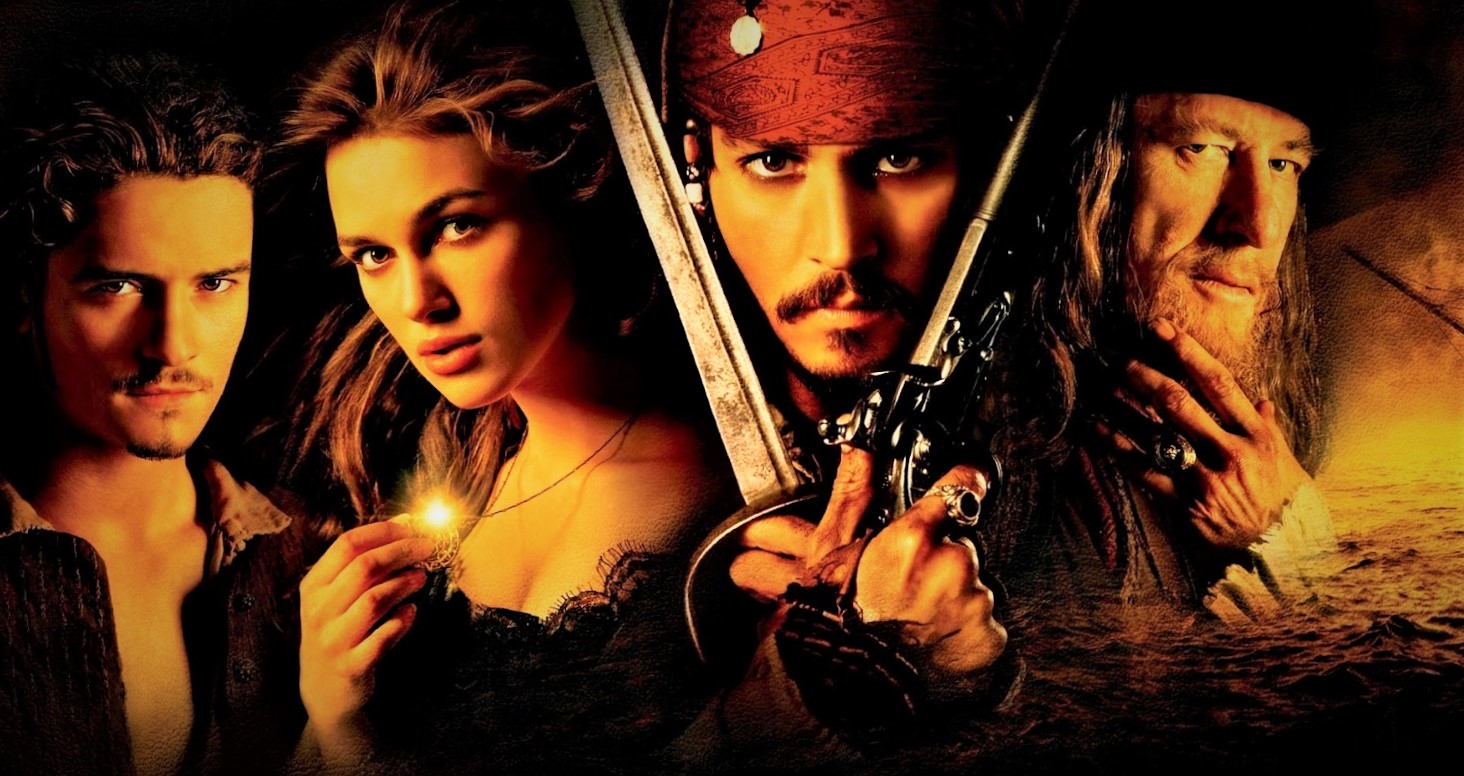 Pirates of the Caribbean: The Curse of Black Pearl (2003) is the first instalment in the series. It premiered in 2003. The genre of the film is fantasy, comedy, action and adventure. The film was directed by Gore Verbinski and produced by Walt Disney Pictures and Jerry Bruckheimer Films. Johnny Depp, Orlando Bloom, Geoffrey Rush and Keira Knightley played the lead roles of the film.

Will Turner teams up with pirate Captain Jack Sparrow to save the love interest of his life Elizabeth Swan, who was captured by group of pirates and their leader Hector Barbosa. Jack Sparrow and Hector Barbosa have a history and Jack wants his revenge against Barbosa who captured his ship Black Pearl and left him on an island to die.

“Pirates of the Caribbean: The Curse of Black Pearl” was successful at box office and got positive reviews from the critics. The film grossed about $654,264,015 worldwide against the budget of 140 million. The curse of Black Pearl was third highest grossing film in North America and fourth highest film worldwide. The film got many nominations and won awards including Best Male Performance (Johnny Depp) by MTV Movie Awards, Teen Choice Best Liar Award (Johnny Depp), Teen Choice Best Fight Sequence (Johnny Depp Vs Geoffrey Rush), Teen Choice Movie Chemistry (Orlando Bloom and Keira Knightley). The approval rating on IMDb is 8.0/10 and on Rotten Tomatoes is 79%.

Amazing facts about “Pirates of the Caribbean: The Curse of Black Pearl”

Johnny Depp improvised the phrase “Savvy?”, used by Jack Sparrow in the film.

Johnny Depp got a real tattoo of Jack after the finishing of the film. He did it in honour of his son Jack.

Keira Knightley was sure that she will get fired from the film so she packed only few things.

The real East India Trading Company brand the pirates with “P” as shown in the film, but no their arms, they put the “P” on their head.

Johnny Depp wanted that Jack Sparrow should be afraid of silly things like cold and pepper, but Disney rejected this idea.

Heath Ledger was also considered for the role of Will Turner, but director choose Orlando Bloom because he thought that he will be a more bankable choice as he had appeared in Lord of the Rings trilogy.

Keira Knightley was only 18 years old when the film premiered.

Cast Members of “Pirates of the Caribbean: The Curse of Black Pearl”