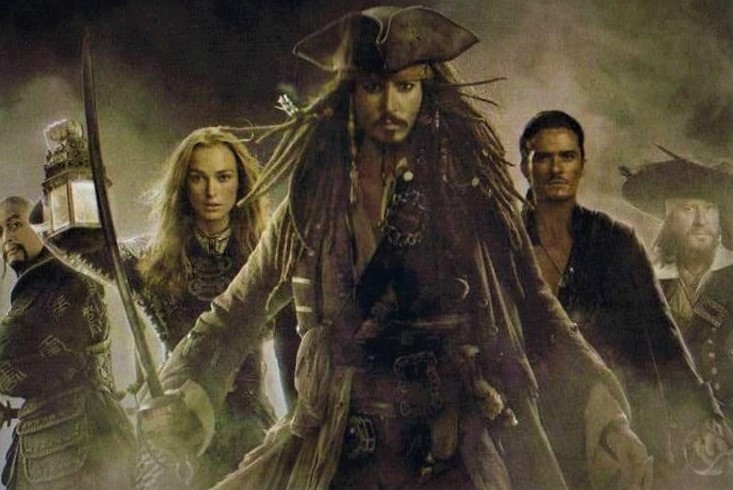 “Pirates of the Caribbean: At World’s End” is the third installment in the series and sequel to Dead Man’s Chest (2006). It premiered in 2007. The genre of the film is fantasy, comedy, action, and adventure. The film was directed by Gore Verbinski and produced by Walt Disney Pictures and Jerry Bruckheimer Films. Johnny Depp, Orlando Bloom, Geoffrey Rush, and Keira Knightley played the main roles in the film.

The plot of the film is Will Turner, Hector Barbarossa, Elizabeth Swan and the crew of the Black Pearl went to rescue Captain Jack Sparrow from Davy Jones locker. Then they all fight against the Head of East India Trading Company Cutler Beckett.

This was the most expensive film till its release. This was the final film of the series which was directed by Gore Verbinski. The approval rating of IMDb is 7.1/10 and on Rotten Tomatoes is 44 %. “Pirates of the Caribbean: At World’s End” grossed about $963,420,425 worldwide and the budget of the film is $300 million. Johnny Depp won the award of Best Comedic Performance in MTV Movie Awards. Keira Knightley won the Teen Choice Best Actress Award. It also received the Oscar award for Best Visual Effects in the 80th Academy Awards.

Amazing facts about “Pirates of the Caribbean: At World’s End”

This was the most expensive film till its release date. The budget of the film was more than all three movies of Lord of the Rings.

In the 1800s, Chinese Pirate Chang Sao controlled the South China Sea. The character of Lord Mistress Ching was inspired by Chang Sao.

Johnny Depp worked with his co-star Geoffrey Rush in the first film, he loved to work with Geoffrey so he demanded more screen time with him.

The waterfall scene was filmed at Niagara Falls.

Some scenes were filmed with the shooting of Dead Man’s Chest so there will be no revisits by the crew to the same area.

The character of Barbarossa was inspired by the Turkish real-life pirate “Barbarossa”.

Cast Members of “Pirates of the Caribbean: The Curse of Black Pearl”